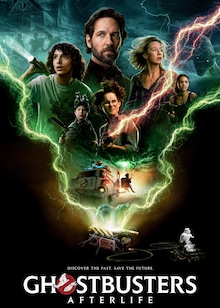 Ghostbusters: Afterlife is a 2021 American supernatural comedy film and is the direct sequel to Ghostbusters (1984) and Ghostbusters II (1989).

It is the fourth film in the Ghostbusters franchise. Set thirty years after the events of the second film, a single mother Callie (Carrie Coon) and her two children—Trevor (Finn Wolfhard) and Phoebe (Mckenna Grace)—move to a small town in Oklahoma. A series of unexplained earthquakes and other odd events lead the family to discover their connection to the original Ghostbusters and their grandfather Dr. Peter Venkman's (Bill Murray) secret legacy.

When supernatural phenomena relating to New York City's "Manhattan Crossrip of 1984" arises and threatens the world, the kids, along with their family and friends, must use the Ghostbusters' equipment and become their successors to save it. 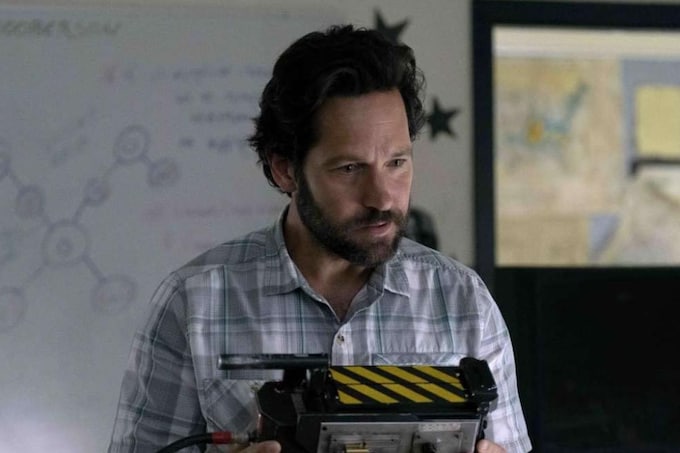 Ghostbusters: Afterlife — out Friday in cinemas — is a movie rooted in the past and created in the image of its contemporaries. There's a huge Stranger Things spectre hanging over Ghostbusters: Afterlife. After all, the Netflix series is the current pop culture gold standard for kids fighting evil supernatural creatures. Ghostbusters: Afterlife not only abandons the adults-teaming-up formula which the Ghostbusters film series has used so far, director Jason Reitman (Up in the Air) has even plucked a Stranger Things actor in Finn Wolfhard for his kids-driven Ghostbusters. Like the Netflix series, the new Ghostbusters movie takes place in fictional small-town America. Summerville, Oklahoma takes over Hawkins, Indiana. The story is set in present day, but Reitman uses a gimmick to take away all modern technology.