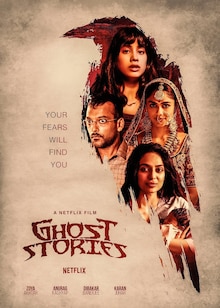 In the first flick, Sameera (Janhvi Kapoor), a young nurse, is assigned the duty to take care of an ailing bedridden elderly lady, Mrs. Malik (Surekha Sikri), who has dementia in a desolate house.

The second tale has a paranoid, pregnant woman Neha (Sobhita Dhulipala) who affectionately babysits her late sister's kid, Ansh (Zachary Braz), in the absence of his father. Neha soon begins to lose sight of what is real and what is her nightmare.

In the third one, a middle-class man (Sukant Goel) gets relocated to a newly-posted location in a bizarre small town, Bees-ghara. He sees that the entire Bees-ghara town is cannibalised by the big town 'Sau-Ghara', where the village inhabitants get eaten by the cannibals of Sau-ghara.

And in the fourth and final story, Ira (Mrunal Thakur) ties the knot with the handsome and wealthy Dhruv (Avinash Tiwary) who blathers about his dead granny who visits him every night to bid him good night. 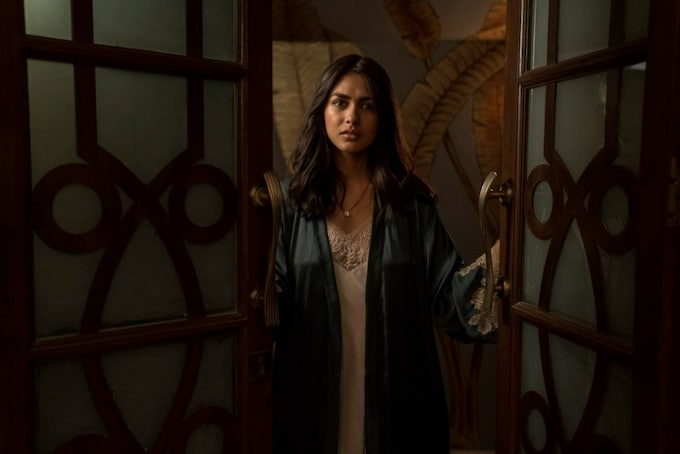 In the last decade, Netflix went from being a nobody to one of the biggest players in Hollywood. That strength is visible from the money it's now spending on movies — over $500 million (about Rs. 3,570 crores) put together on Martin Scorsese, Michael Bay, and Dwayne Johnson's ventures — and how it's rivalling other studios at awards. It has the most nominations at the 2020 Golden Globes, to take place this Sunday. But here in India, Netflix simply isn't at a stage where it can get big-time Bollywood directors to make feature-length films for its platform. What it can offer them though is an outflow of their creative juices, since there are no box office concerns to begin with.