Wonder Woman, House of Cards, and More – The Weekend Chill 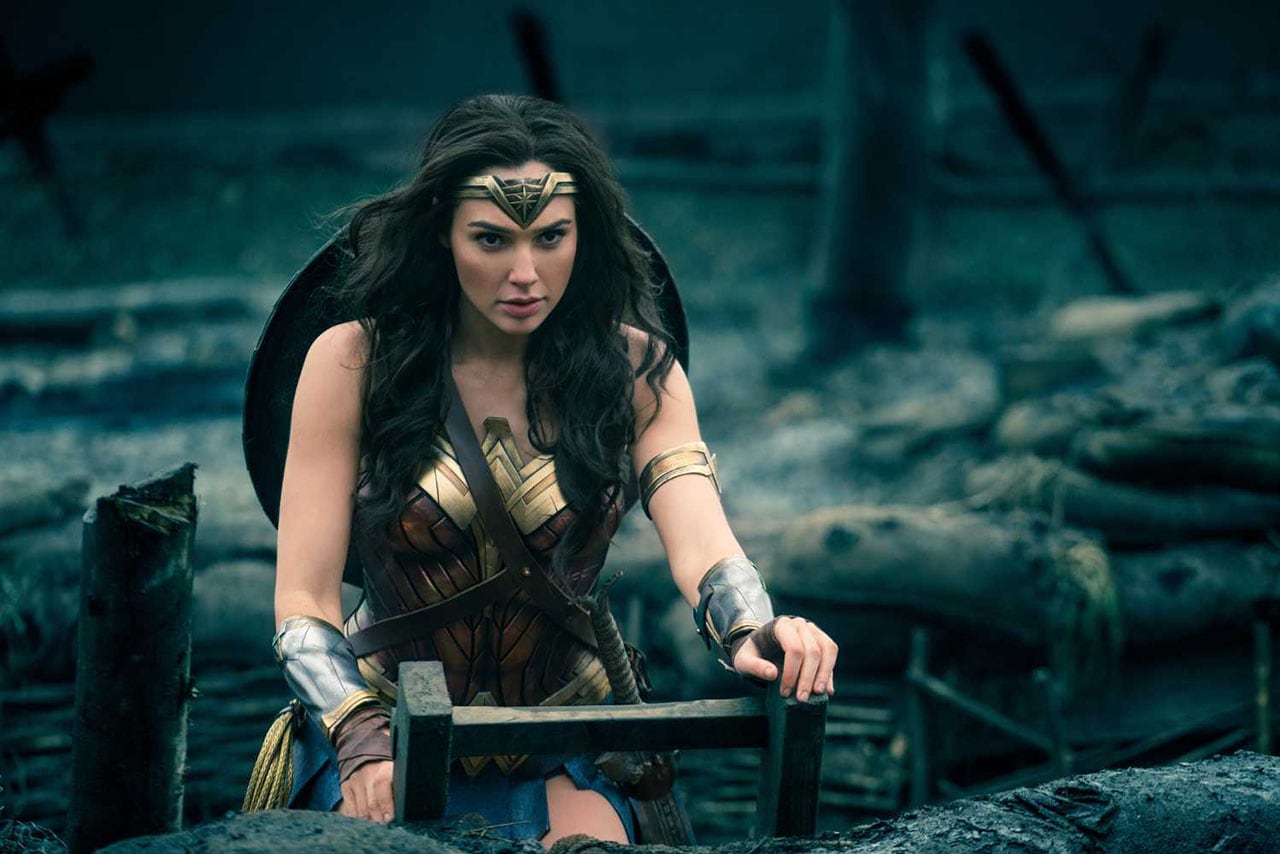 The director of District 9 and Elysium, Neill Blomkamp, is embarking on an experimental sci-fi short film project, which will be released on Steam sometime in the next few months. There’s a teaser trailer in store, if your interest is piqued. Blomkamp had tweeted the idea in April, adding that they would serve as “tests for potential full feature films”.

Unlike Marvel, DC-Warner Bros have taken a different route for its shared universe, putting out team-ups first, and then standalone movies later. In an interview with CinemaBlend, a producer revealed that Aquaman would be set after the events of Justice League, unlike this week’s Wonder Woman, which has no connection to Batman v Superman.

In other Wonder Woman news, the film was banned in Lebanon on the eve of its premiere, since its lead Gal Gadot is an Israeli, and has previously served in the army. Since the country is officially at war with Israel, its law states a boycott of all Israeli products, and a group successfully argued that Wonder Woman was an “Israeli soldier film”. Funnily enough, Lebanon has released Gadot’s earlier movies, such as Batman v Superman, Fast and Furious 6, and Fast Five.

On Wednesday, The Hollywood Reporter learned that Godzilla vs. Kong had found its director in Blair Witch’s Adam Wingard. The film will be the culmination of Warner Bros. MonsterVerse, which saw Kong: Skull Island earlier this year.

Meanwhile, Variety reported that the next entry in that franchise – Godzilla: King of the Monsters – has added to its cast by roping in Thomas Middleditch, who’s best known as Richard Hendricks on Silicon Valley. The Godzilla sequel will also star Kyle Chandler, Vera Farmiga, Ken Watanabe, and Millie Bobbie Brown (Stranger Things). It is slated to release on March 22, 2019.

In an interview at the Code Conference this week, Netflix CEO Reed Hastings said that he wants to cancel more shows going forward, because its “hit ratio is way too high”. He added that he’s been pushing his team to take more risks, which can result in controversial hits like 13 Reasons Why.

On Thursday, in what must be a gigantic coincidence, Netflix cancelled the Wachowski’s sci-fi drama, Sense8, after two seasons. It’s likely the decision was a combination of the high cost per episode (around $9 million), and low viewership, even though Netflix never reveals data on the latter. This comes a week after The Get Down met a similar fate.

TV:
House of Cards
If there’s one show Netflix is synonymous with, House of Cards comes closest than any other. Starring Kevin Spacey and Robin Wright as Francis and Claire Underwood, two Machiavellian politicians in modern-day Washington, the show lifted the streaming service into the spotlight, for the ability to draw a big-screen player like Spacey.

As a series, House of Cards commanded viewership for the ruthless fashion of the Underwoods’ power-mongering, and the sheer hypocrisy they displayed as a means to the end. For four seasons, it has charted a stellar rise for the couple through the US government’s upper echelons, while continually battling conflicts borne out of their ambition.

The fifth season, unfortunately, hasn’t received the same level of praise from critics. It’s the first without creator Beau Willimon, and in his absence, House of Cards has become meandering, lost its sense of “cool” fun, and wedged itself deeper in its existing problems. Patricia Clarkson and Campbell Scott are two new additions to the cast.

How to access House of Cards: Netflix
Time commitment: 13 hours

The Americans
On its surface, The Americans tells the story of two Soviet KGB spies posing as an American couple, Mr and Mrs Jennings, living with their two unsuspecting children in the Virginia suburbs during the Cold War in the 1980s. But since its beginning, creators Joe Weisberg and Joel Fields have been more interested in their marriage than the spying.

Sure, it’s their work that lays down the narrative in The Americans, and becomes the catalyst for exploring various facets of their relationship. But what started as an arrangement has slowly blossomed into real love, and an actual marriage in the fifth season, which finished its run earlier this week. And as parents, they’ve started to open up to their children, albeit one much more than the other.

Of course, The Americans' cast has expanded over the years – there’s FBI neighbour Stan, Soviet informant Nina, FBI secretary Martha, and embassy employee Oleg – but through it all, The Americans has been great at character studies, and understanding international diplomacy from the lens of human behaviour.

Movies:
Wonder Woman
After appearing in last year’s overly cynical and depressing Batman v Superman: Dawn of Justice, Gal Gadot’s Wonder Woman gets her standalone feature film, a first for the character that was created nearly eight decades ago. The film doesn’t follow its predecessor, and doesn’t bother connecting or setting up the upcoming November release of Justice League.

Instead, it’s an origin story of Diana, Princess of Themyscira. Born and brought up among a female-only race known as the Amazons on an island secluded from the rest of mankind, Diana has trained like the rest of her people to fight the return of Ares, the God of War. When a US pilot (Chris Pine) crash lands in the bay, and tells them of “the war to end all wars” aka World War I, Diana thinks this is their time.

She sets off to Europe with the pilot, where she encounters a world that is strangely behind hers in many ways, while having access to technology that the Amazons lack. Directed by Patty Jenkins, Wonder Woman is the first true success for the flailing DC universe, adding a jolt of fun and excitement, driven by Gal Gadot’s wonderful performance.

How to access Wonder Woman: Out in cinema halls
Time commitment: 2 hours and 21 minutes

Video games:
Tekken 7
Developed and published by Tokyo-based Bandai Namco, Tekken 7 is in fact the ninth instalment in the long-running fighting series, which had its origins in arcades, before appearing on the PlayStation in 1995. That tradition has continued for every chapter since, with Tekken 7 releasing in Japanese and Korean arcades back in 2015.

It’s only now getting a home release, with a couple of firsts. For one, it’s the first Tekken title to use the Unreal Engine, and the first to release on Windows computers. There are two new mechanisms in the game as well: Rage Art helps you deal critical attacks in exchange for disabling power increase for your normal attack; and Power Crush lets you attack even as you’re getting pummelled by the opponent.

Tekken 7’s story is set after the events of Tekken 6, and is told from the perspective of an investigative journalist trying to dig up secrets about Mishima clam and G Corporation. There is a total of 38 playable fighters in the game, with 20 available at launch.

How to access Tekken 7: PlayStation 4, Xbox One, or Steam for Windows PCs
Time commitment: As much as you want, really

Tokyo 42
A debut title from developer SMAC Games, Tokyo 42 has been described on its website as “the lovechild of Syndicate and GTA 1”. But as we noted in our review, there are other inspirations, too. Its art direction draws from indie mobile hit Monument Valley, while the combat mechanics seem to be based on 2012’s Hotline Miami.

An isometric open-world shooter, Tokyo 42 thrusts you into the life of someone framed for a murder they didn’t commit, and now have to deal with assassins, corporate sabotage, and “tactical cats”. You’ll find out what that means when you fire it up. The game also allows you to play as you wish, be it guns blazing or making your way stealthily.

We liked the responsive controls, the music, and the intricacies and details of its open world, but found the story to be threadbare. Apart from single-player, there are several multiplayer modes as well, which you can look at in this trailer.

How to access Tokyo 43: Xbox One, or Steam for Windows PCs
Time commitment: 3+ hours