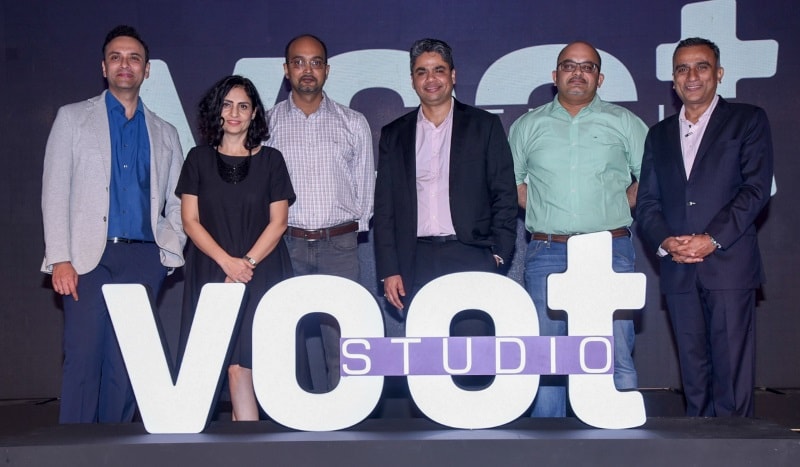 Viacom18-owned Voot has surpassed 100 billion minutes of watch-time on its ad-supported streaming service, Viacom 18's group CEO and MD Sudhanshu Vats claimed at an event on Friday last week celebrating the third anniversary of its launch in India. In the process, Voot has gained more than 50 million monthly active users, which it claims makes it the second biggest player in the so-called ‘premium' category of ad-led video-on-demand market. But that's still a far cry away from its biggest competitor in Hotstar, which claims to have over 150 million monthly active users of its own. Vats said Voot is targeting the 100 million number by the end of this fiscal year.

To nearly double its audience, Voot plans to expand its offerings: demographically, geographically, and with the promise of an ad-free experience. Vats said they are currently beta testing Voot Kids, which will launch in just a few months from now as a paid subscription. Voot will also continue its international expansion — it started with the UK by partnering with Virgin TV last month — as it moves to the US and other markets, sometime in the second half of this year. And in the same period, Voot will also move into the ‘freemium' territory that Hotstar occupies. Users will be able to get rid of ads and access content that will sit behind a paywall.

“The proposition of Voot Kids, just purely in terms of something new and different, is something we are very excited by,” Akash Banerji, the business head of Voot's ad-led video platform, told Gadgets 360 at the sidelines of the event. “For the first time in the country, we are going to be combining the world of watch, read, listen and learn, all together.”

With Voot branching out into unexplored realms, it's natural to wonder what its biggest focus would be going forward. Banerji cheekily admitted that his focus is the ad-led world, since he heads that business, but that it was like “almost asking a mother to choose amongst her four children”. Ultimately, it's about “experimenting with newer business models and newer ways to monetise”, he added.

“It would be a very clear case of crystal-gazing, which business will eventually end up doing well for us, right?” Banerji said.

At the event on Friday, Vats namechecked the mobile data revolution in India spurred by Jio — the two are owned by the same company, Mukesh Ambani-run Reliance Industries — as a boost to their business, which has caused prices to fall drastically, albeit with a more limited benefit in terms of quality.

Banerji said that more than 85 percent of content consumption on Voot comes from mobile devices: “And that's a number we continue to see scaling up more and more, [though] in few markets within few segments, the percentage consumption on TVs and connected devices is growing steadily.”

Of course, affordable mobile data isn't the only factor for that heavy skew, but also that India largely continues to be a single-TV market.

With mobile as their home, Voot has launched 11 interactivity features — such as video voting, in-show quizzes, social sharing, finding hidden treasures, and styling your artist — and is looking at five more in the coming months. Banerji said it's all about increasing audience engagement on the platform.

“People essentially come to watch content to watch their favourite stars more than anything else,” he said on ‘styling your artist'. “We are essentially opening up to the consumers where they can very clearly wish for and vote for the kind of styling, the kind of fashion, the kind of clothes that they would wish to see their protagonist within the show itself.”

Voot is “absolutely” considering interactive content as well, Banerji said when asked, a space that has gotten renewed interest thanks to the possibilities afforded by video streaming apps. Netflix released Black Mirror: Bandersnatch late last year and has another, You vs. Wild starring Bear Grylls, slated for this week.

“I think we will have to continue to experiment and there are already plans of doing something in that space,” he added. “Interactivity, per se, is a very, very broad direction. For us, the focus is, ‘How is it we can really go wider, as far as different interactivity formats are concerned?' But let's not do it just for the heck of it. Let's not do it for vanity sake.”

What Indians watch on Voot

For now in terms of content, the success of Voot's first three years has been down to Indian audiences' “massive consumption of drama and reality TV”. He noted that it's also because most of their library is based around that. Voot claims to have over 60,000 hours of catch-up TV content available across 1,600 choices. That's because Viacom 18 produces a lot of both — which includes the likes of Balika Vadhu and Bigg Boss — for its traditional linear TV channel bouquet of Colors and its regional-language affiliates.

But Voot hasn't achieved its 100-billion-minutes watch-time figure by just doing that. In several cases, like with Bigg Boss and MTV Roadies among others, the Voot team has created over 50,000 exclusive clips that offer fans of those shows — Banerji termed them “insatiable” — behind-the-scenes access and more. Additionally, Voot has picked up TV shows such as Kaisi Yeh Yaariaan and Silsila that were ending on MTV and Colors for new seasons, gaining an existing fan base in the process. And it has also pushed into original content, short films, live news, and even e-sports.

On Friday, Vats said that Voot will launch more than 30 originals in 2019 across languages, genres and formats. That likely includes the 17 it announced in August last year, of which only one yet — the talk show Feet Up With The Stars — has seen the light of day. It showcased teaser trailers for two at the event: revenge drama Marzi and psychological crime thriller Asura.

Written by Harry and Jack Williams (The Missing) and set in snowy northern India, Marzi stars Rajeev Khandelwal (Kahiin To Hoga) and Aahana Kumra (Lipstick Under My Burkha), whose one-night fling turns problematic after the woman files for rape.

Arshad Warsi (Munna Bhai MBBS) makes his streaming debut on Asura as a forensic scientist trying to catch a masked serial killer who's going about his business in a creative fashion. Part of the 17 new originals from August, Asura also stars Barun Sobti (Iss Pyaar Ko Kya Naam Doon?) and has been written by Niren Bhatt (Wrong Side Raju), Gaurav Shukla, and Dr. Vinay Chhawal.

As you can tell, the biggest content drivers for Voot are all Hindi-language plays, but Banerji said that non-Hindi content — all of Kannada, Marathi, Bengali, Gujarati, Tamil and Telugu — is growing at a rapid rate. It used to be 10-15 percent of total consumption earlier, but it's now up to 20-25 percent. It's growing by 6x this year over last. In his presentation on Friday, Banerji even took a jab at Netflix without naming the world's biggest streaming service, in that Voot is not about focusing on English-language content and getting subscribers to sign up for 30-day free trials.

Asked about it later, Banerji said that doesn't mean they won't be “experimenting with English content”. He added, "But a huge amount of focus, which we believe will give us the big numbers — in terms of consumer aggregation and more importantly, subscriptions and watch time — is certainly going to come on the back of non-English content."

“As a platform that gets more than 50 million monthly active users and delivers 100 billion minutes of watch time, we play in the mass game. We play in the game that has a huge appeal to people far and wide, across different markets, across different languages, and across different interest areas. And we strongly believe that yes, English content certainly appeals to a certain segment of India and Bharat, but the larger unlocking of the digital video, as a proposition, will only happen when we start dishing out more and more content pieces with new-age storytelling embedded into them, which are in languages that you, me and everyone else understands.”