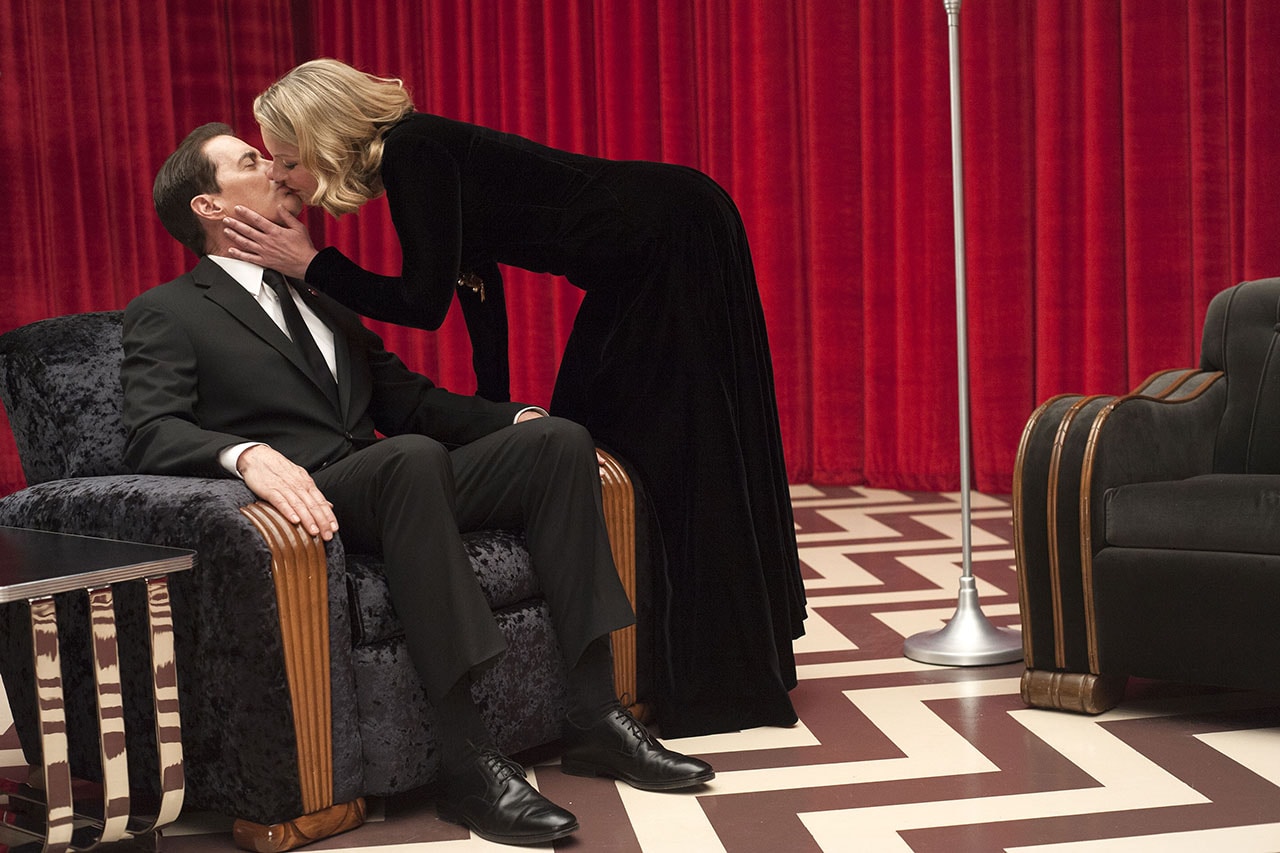 Over the weekend, we learned that Tom Hardy had been tapped to play the lead role in Sony’s Spider-Man spin-off Venom. Hardy has earlier played Bane in The Dark Knight Rises. Ruben Fleischer (Zombieland) will be in the director’s seat, meanwhile. The film won’t be part of Marvel’s universe, unlike Tom Holland’s Spider-Man, so it’ll be interesting to see how that works. Venom is scheduled to release on October 5, 2018.

In what will be welcome news for Uncharted fans, the game’s cinematic adaptation seems to be moving forward. On Monday, Deadline reported that Tom Holland has been chosen to play a young Nathan Drake, with Sony head Tom Rothman deciding to make the movie a prequel to the game's events. Of course, this means a script rewrite, so don’t expect the film to come out anytime soon.

The Resident Evil film franchise, starring Milla Jovovich, ended earlier this year with the film called Resident Evil: The Final Chapter. But given its success at the international box office, the studio is already moving forward with a reboot, and has got James Wan (The Conjuring, Furious 7) on board to produce it.

We’ve known for some time that Universal has been preparing its own film universe, starting with the release of Tom Cruise-starrer The Mummy in two weeks. Now, we have a name for it – Dark Universe – plus an introduction video on what to expect, and some new details along with a cast photo, which includes Cruise, Sofia Boutella (Star Trek Beyond), Russell Crowe, Javier Bardem, and Johnny Depp.

Director Zack Snyder revealed this week that he would be stepping away from his commitment to Justice League and future DC Comics films, owing to a family tragedy. The film is still on track for November 17 release, with Joss Whedon taking charge.

Then on Wednesday, we were treated to a first full-length trailer for the upcoming seventh season of HBO’s Game of Thrones. It sets the stage for the three main rulers – Cersei, Daenerys, and Jon – and seems to pack a lot in for the shortened run of seven episodes. We’ll find out how when the show returns on July 16.

Netflix provided the first look this Thursday of its dark fantasy animated mini-series, Castlevania. Much like the long-running game inspiration, the show will follow a vampire hunter who journeys to kill Dracula. It arrives July 7.

Later that day, HBO announced that it had renewed its satirical comedy Silicon Valley for a fifth season, with a (major) caveat: TJ Miller, who plays Erlich Bachman, would be leaving from the show. His film profile has risen since he started on the show, and his busy schedule seems to have caused the split.

TV:
Twin Peaks
When a spirit in the image of Laura Palmer (Sheryl Lee) told FBI Special Agent Dale Cooper (Kyle MacLachlan) in the season two finale that she would see him again in 25 years, no one – including creators Mark Frost and David Lynch – could’ve imagined that it would actually happen. But with Twin Peaks’ return as many years on this previous Sunday, it did.

A third season, of 18 episodes, picks up the story of Cooper 25 years on, with the man still stuck in the parallel dimension called the Black Lodge, with its zig-zag black-and-white patterned floor, and red curtains as partitions. For all those years, Cooper’s other self – inhabited by the evil spirit BOB – has been roaming the country, killing as he pleases.

The show’s revival is almost entirely Lynch’s vision (he directs all 18 episodes), unconstrained by any network ideas, who has doubled down on his ideas in the era of TV auteurs. Twin Peaks is still as surreal and suspenseful as it was, and it’ll be interesting to see where this leads.

Casual
Even before Hulu became famous for the adaptation of Margaret Atwood’s dystopian classic The Handmaid’s Tale, it had a few good series in its pocket, with one comedy that towered over the rest. That was Casual, which went from an average first season to a standout second one, putting it right next to 2016’s best alongside Atlanta, Silicon Valley, BoJack Horseman, Veep, and Fleabag.

The premise has slightly changed with the third season, with Alex (Tommy Dewey)’s sister Valerie (Michaela Watkins) and her teenage daughter Laura (Tara Lynne Barr) moving out on their own. The third season premiered with three episodes in one go (as Hulu did with The Handmaid’s Tale), and will continue with one weekly episode thereafter.

[Spoiler alert] The show picks up in the wake of Charles’ – father to Alex and Valerie – death, as both adjust to their lives apart. Laura, meanwhile, is dealing with being treated as a grownup more and more. Casual is still as insightful as it’s funny, and grows a bit more sophisticated early on.

Movies:
The Lost City of Z
Based on David Grann’s 2009 non-fiction book of the same name, The Lost City of Z is the story of British explorer Percy Fawcett (Charlie Hunnam), who travelled into Amazon multiple times during the early 20th century and discovered evidence of an unknown, but advanced, civilization.

Though he was derided by his peers, Fawcett kept going back, along with his wife Nina (Sienna Miller), son (Tom Holland), and aide-de camp (Robert Pattinson). Those trips culminated in his mysterious disappearance in 1925, with about 100 people since having disappeared or died themselves while looking for Fawcett.

Grann’s book was tapped by Brad Pitt’s production company, and brought to life by writer-directed James Gray (The Immigrant). Critics have praised Hunnam's performance, as well as the film’s visual grandeur and pacing, which gives it a feel of exploration stories of old.

How to access: Out in cinema halls
Time commitment: 2 hours and 20 minutes

My Life as a Zucchini
Nominated for Best Animated Feature at the Oscars earlier this year, My Life as a Zucchini (Ma vie de Courgette in its native French) is the story of an orphan boy named Icare, who prefers going by his nickname – Courgette – his mother gave him. He befriends a police officer named Raymond, who goes with him to his new foster home, but visits often to check on him.

While Courgette struggles initially, he soon makes friends, particularly with one young girl named Camille. With Raymond’s help and his friends, Courgette forges a new path for himself, and a new family of his own. Running just over an hour, it’s amazing how writer Céline Sciamma and director Claude Barras could cram so much laughter, sorrow, and joy in the film.

It is a touching story about the resilience of the human heart. And even as it delights with its visuals and adorable characters, it has immense emotional depth. The film has since been given an English dub, though we’d recommend you stick to the original French.

How to access: Amazon FR, or iTunes FR
Time commitment: 1 hour and 6 minutes

Get Out
Chris (Daniel Kaluuya) and Rose (Allison Williams) are headed for a weekend getaway upstate at the home of latter’s parents, but Rose hasn’t informed them that her boyfriend is African-American. When they get there, Chris assumes that the family’s obliging attempts to be friendly are because they're not sure how to address their daughter’s interracial relationship.

But as the weekend progresses, he starts to notice that things seem to be off, and wonders if he’s just overly paranoid. The film’s a social thriller, so not everything is actually what it seems like, and Get Out leads to a horrible truth that will go beyond most viewers’ expectations. The film is scary, funny, and thought-provoking, and a superb directorial debut for Jordan Peele (of Comedy Central’s Key & Peele).

The film has received universal praise from critics, who pointed out its excellence at embedding biting social analysis into an effective and entertaining horror/ comedy thriller. If you get it on Blu-ray, you can also catch an alternate ending, plus a Q&A session with the director and cast, hosted by Chance the Rapper.

How to access: Amazon US, Amazon Video US, Google Play Movies, iTunes US, or YouTube
Time commitment: 1 hour and 44 minutes

Logan
In what Hugh Jackman has said is his last outing as the X-Men character, an ageing Wolverine – now simply going by Logan – is slowly losing his regenerative powers after everything he’s been through. Alongside, he is also caring for an ailing Charles ‘Professor X’ Xavier (Patrick Stewart), who is now a nonagenarian, and needs medication to keep violent seizures (that can have devastating consequences) in check.

Their fragile world is upended by the arrival of a young mutant called X-23 – real name Laura, played by 11-year-old Dafne Keen – who has a lot in common with Logan. She is being pursued by a mysterious organisation, Transigen, led by their head of security in Donald Pierce (Narcos’ Boyd Holbrook). Logan and Xavier are forced on the run with Laura, as they are chased across the American mid-west.

The film is filled to the brim with violence, and its R-rating (‘A’ here in India) allows it to explore that in a startling, new way. The heart of the film is the triangular relationship between Logan, Xavier, and Laura – each side presenting a dynamic of a family they never had. It’s easily the best solo Wolverine film, and the saddest superhero tale by a stretch.

Logan Is the Perfect Send-Off for Hugh Jackman's Wolverine

How to access: Amazon US, Amazon Video US, Google Play Movies, iTunes US, or YouTube
Time commitment: 2 hours and 15 minutes

Video games:
Rime
Made by Spanish developer Tequila Works, Rime is an adventure-puzzle video game that has been in some form of development for the last five years. It was initially with Microsoft, got rejected, went to Sony to get funding and became a PS4 exclusive, and then the developers got the rights back in March last year.

The game has drawn comparisons to Journey, as it's about a solitary character dressed in red, who finds himself on a mysterious and strange island, harbouring a sinister secret. The boy is key to solving a series of ancient puzzles, but his only weapon is his voice that can interact with said puzzles.

Most early reviews have called it a visually stunning adventure, that may not be very original or challenging, but isn’t lacking in personality, warmth, and storytelling. The game will also be available for the Nintendo Switch later in the year.

How to access: PlayStation 4, Xbox One, and Steam for Windows PCs
Time commitment: 8-10 hours