Transformers: The Last Knight Cast on What It's Like to Work With Michael Bay 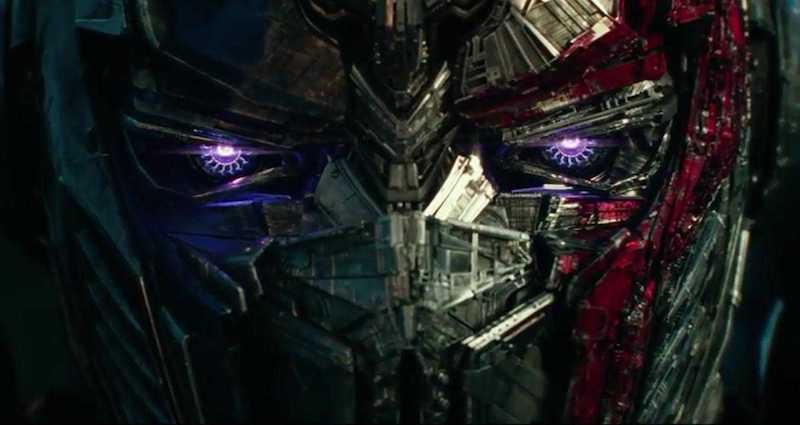 In its decade of existence, the Transformers film franchise has garnered almost $4 billion (roughly Rs. 25,852 crore) at the global box office, through one simple pitch: giant talking robots that can transform into a vehicle and battle each other, all while looking uber-cool through the lens of director Michael Bay. The fifth film – Transformers: The Last Knight – releasing this week in India is special to the series as a whole, because it marks the end of Bay's time in the hot seat.

The fifth chapter will also be the final showing for Mark Wahlberg, who joined the franchise with the fourth film, and has said that he too won't be returning. It's the end of an era for Transformers in some ways, and it's made slightly more special by a new cast member, veteran actor Sir Anthony Hopkins. He plays an English lord called Sir Edmund Burton in the new film, whose lineage dates back to the time of King Arthur. Burton knows about the history of Transformers on Earth, which is crucial to helping solve the main conflict of the movie.

For Hopkins, the main attraction of joining Transformers was working with Bay. "We met at a hotel for breakfast, way back. And I gathered from that very first meeting that he had the whole film already in his head," Hopkins said in an interview. "He had already designed it all with his team. I mean, he knows all about that computer stuff and will concentrate for hours just on the reflection of light off their steel to make them look real."

On the set last year, Hopkins saw Bay's passion firsthand. He said he respected the director's toughness, and it told him that he needed to know what he was doing. "I’ll do whatever the director tells me to," Hopkins added. "And then they begin to trust you. As the days went by, I’d ask him if I could try this or that, and he had no problem with it. That’s when you know you’re working together."

Hopkins wasn't the only newcomer to Bay's Transformers universe. Jerrod Carmichael, the stand-up comedian who is best known for writing and acting in the semi-biographical sitcom The Carmichael Show, is also part of The Last Knight. He plays a regular guy who gets more than he bargained for after becoming an employee for Wahlberg's character. Carmichael is a self-confessed big fan of Bay's work, and he keenly noted his personal directing style on the franchise since the beginning.

"Michael’s style of directing is very hands on," Carmichael said. "You know, he’s down there, doing a lot of things himself and the crew is so experienced and used to this... It moves like a small army. It really is a small group of well-trained people for the war of making this thing. That’s what it felt like. It felt really gorilla. And very fun. Really fun."

Though Carmichael was excited to work with Bay on the film, and was drawn in by its sheer size and global appeal, he admitted he wasn't prepared for the physical aspect. “The one thing I wasn’t expecting was the running,” Carmichael said, and laughed. “I wasn't prepared for the amount of physical activity... I’d seen the films and was aware of it. But I just didn’t think about it.”

Another new entrant to the Transformers world is 15-year-old Isabela Moner, who plays a street-smart kid called Izzy. She knows a lot about the alien robots, and can help fix them when required. Moner's first meeting with the director was via an audition tape, which Bay received the day he was going to cast someone else for her character.

"But he saw it and was like: 'That’s the girl.' He flew me in to his offices and had me read for him," Moner added. "What was supposed to be a half-hour meeting, turned into a two-hour meeting. He was inspired by me and I was inspired by him." Moner got her acting start on a Broadway play, before jumping to TV with Nickelodeon. She claimed to be a Transformes fan while growing up, and once watched three films in a row with her brothers, which made her fall in love with them.

Josh Duhamel, who appeared in the first three films before sitting out the fourth, reprises his role as an Army Ranger. The character has been on an upward trajectory since the start: he's gone from being Captain in the 2007 original to Colonel in The Last Knight. Having been the longest constant on the cast, Duhamel has seen Bay come up with new ridiculous ways to pit metal robots together, and spin and turn in mind-boggling fashion while they fight it out.

"You’d think that after the fourth one he’d be out of ideas," Duhamel said. "But he was as excited and motivated on this movie as he’s been on any of them. And there’s something really inspirational about that. I love watching Michael work. He’s got this ability to energize a whole army of people, every single day, for the six or seven months that we shot this thing."

And though Bay is moving on, Duhamel said that he'd be keen to return if called upon for future instalments. Paramount has already picked out a date for a direct sequel – June 28, 2019 – while the studio is still searching for a new director. Before that, a Bumblebee spin-off will arrive in theatres, on June 8 next year. A script for a crossover with G.I. Joe is also in the works, director D. J. Caruso revealed in January.

If all goes to plan, audiences will see a Transformers movie each year for the next three years. That's a much quicker release schedule as opposed to the past, when we saw five films released over a decade. Despite getting barraged by negative reviews since the second instalment, it's a clear sign from the studio that it wants the next $4 billion to come in sooner, which shouldn't be a problem given the first-week success of The Last Knight in China.

You can still win Transformers: The Last Knight merchandise in our other giveaway.