The Obamas' Netflix Deal Sounds Great for the Obamas. Is It Good for Netflix? 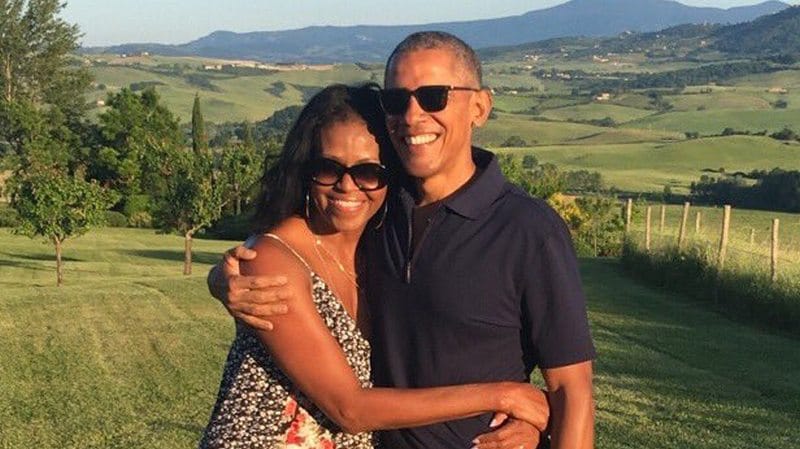 Because politics and entertainment are inextricably intertwined these days, it felt inevitable rather than surprising when Netflix announced it had signed a deal with Barack and Michelle Obama that will see the former president and first lady produce (and possibly appear in) content for the streaming service. It's a smart pairing for the Obamas, who are making their first foray into producing in an environment that's likely to give them a lot of time and space to figure out what they're doing. And while the Obamas are just another high-profile pickup for the free-spending Netflix, the deal also hints at some of the limits of the company's current approach to programming.

Neither Netflix nor the Obamas are saying yet just how big this deal is. It's clear that Netflix has a tremendous amount of cash to spread around: In 2017, its content budget was $6.3 billion (roughly Rs. 43,000 crores), a figure that's rising to $8 billion (roughly Rs. 54,700 crores) this year. In 2017, Netflix snapped up hitmaker Shonda Rhimes, stealing her from ABC Studios, and in February the service signed super-producer Ryan Murphy to a five-year, up-t0-$300 million contract.

I'd be surprised if the Obamas' deal were that rich. They may be a draw personally, but having a constituency is not the same thing as knowing how to produce great content, as Al Gore's experiment with Current TV should remind Netflix. But whatever Netflix is paying the former first couple, that figure is private, making it hard to attach a specific dollar figure to complaints that the Obamas are cashing in on the presidency - an advantage for the former first couple.

And because Netflix doesn't report viewership numbers for its original programming, at least not in a conventional way, it's an ideal home for a pair of first-time producers.

By teaming up with a broadcast television network, or even a glossy cable channel such as HBO, the Obamas would have become subject to the harsh glare of the Nielsen ratings system. It can't be fun for a network executive to contemplate cancelling content by a former president. But continuing to air programming by the Obamas that failed to find an audience might raise questions about whether a network was staying in business with them for political reasons. The worst thing that could happen to the Obamas as they move toward becoming a media brand is a deal like Megyn Kelly's move to NBC: A high-profile and expensive announcement that undercuts the star power of the person who was supposed to be a big get.

On Netflix, the Obamas have a layer of protection from that outcome. The streaming service can float any one of a number of metrics to paint the Obamas' projects as a success, and for all media reporters can question what those figures really mean, it'll be impossible to render a meaningful judgment to the contrary.

A more intriguing question is what Netflix ultimately gets out of this deal. The announcement has prompted the usual rumblings about a boycott from conservatives, though as is often the case, it's wise to see if these threats actually materialize in substantial numbers. If they do, it could be because Netflix's pursuit of original content has actually made the service feel less essential.

Landing the Obamas makes for a splashy headline, but the decision to pursue the couple is in certain respects a completely logical extension of the company's strategy to create content for absolutely everyone. In a lineup of original programming that includes a raft of new Adam Sandler movies and a buddy-cop flick that pairs up Will Smith and an orc, a handful of Obama specials looks less strange and more of a piece with throwing everything at the wall to see what sticks.

Netflix's attempts to provide some original content that will appeal to everyone, while moving away from shows and movies it has licensed from other studios, has produced a lot of content for Netflix though very little that is exceptionally distinguished or compelling. The service is much broader but also much less deep.

"Obama Nostalgia" may be yet another category of content for Netflix to build a display carousel around, along with movies such as the mediocre Obama romantic comedy "Southside With You" and the young-Obama biopic "Barry." But it's hard to believe that Obama projects alone will bring in a flock of new subscribers and keep them for the long term. If Netflix really wants to make itself the only entertainment service its subscribers need, it'll have to do more than offer a few things to a million different interest groups.