And how they had to work around local restrictions. 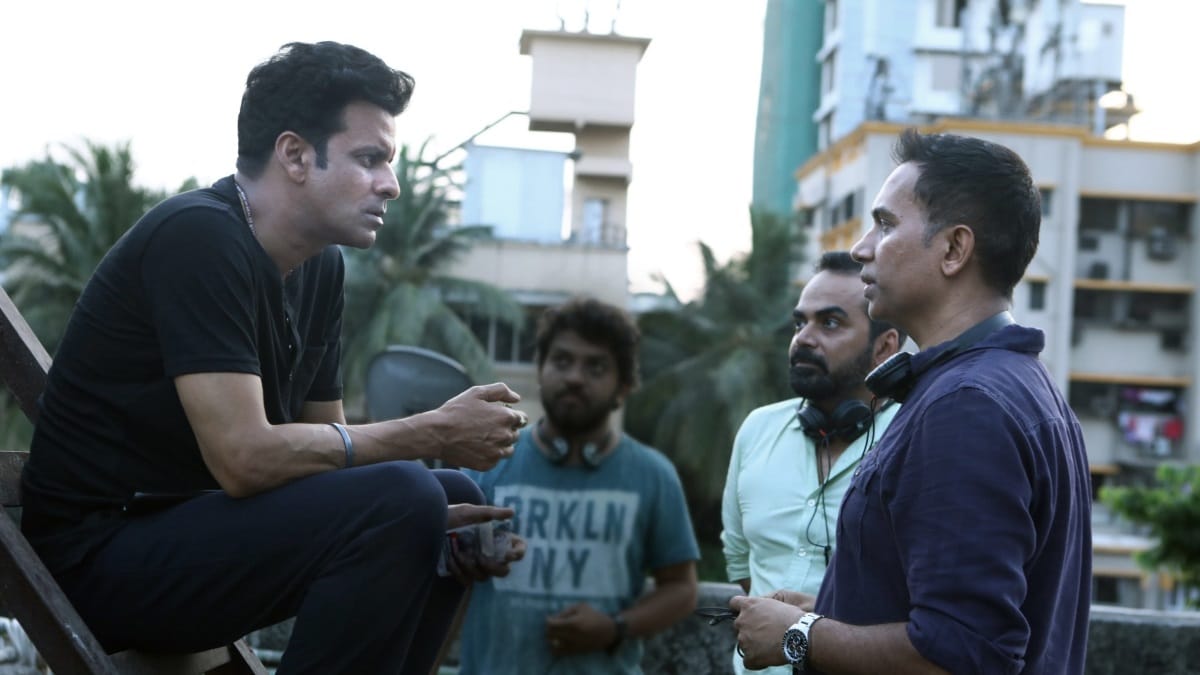 “We've made it a motif for [The Family Man],” creator, co-writer, director, and producer Krishna D.K. tells Gadgets 360. “It suddenly got us excited. We're saying, ‘Okay, we're shooting action, but we're not shooting this larger-than-life action. We're shooting grounded action. How do you make it more interesting? How does it look not like any of the gangster movies or cop dramas that you've seen?' Suddenly, we got hooked on to this idea of doing single-take [scenes] so we challenged ourselves.”

D.K. is one half of the duo — alongside frequent collaborator Raj Nidimoru — called Raj & D.K., known for films such as the Saif Ali Khan-starrer zombie comedy Go Goa Gone. He was excitedly talking about the use of long takes in their first-ever TV show, Manoj Bajpayee-starrer The Family Man. In filmmaking terminology, a long take is a scene that's shot in one continuous, uninterrupted shot without the use of editing. Famous examples on TV include True Detective season 1 “Who Goes There”, and closer to home, the C.I.D. episode “The Inheritance”.

The first long take in The Family Man comes in the first episode itself, but it — lasting for just over a minute — is just a tease of what's to come later down the line. There are 10 episodes in Amazon's latest original series from India, which follows government agent Srikant Tiwari (Bajpayee) trying to balance his personal life and the demands of his anti-terrorism job. We won't tell you when the other scenes appear though, so you won't expect them. You can discover them for yourself when The Family Man premieres September 20 on Prime Video globally.

“We took up the entire Ballard Estate [a business district in south Mumbai] to do a single-take there at night, where the camera is inside the car for half the action sequence, then it goes out, then it runs after a guy,” Raj says. “It's a lot of vehicles, people dying and shooting, so it's a proper action sequence. There are two [single-take scenes] that I think we're quite proud of. Each one is, I think, seven to 11 minutes of time.”

One of them isn't technically a single take, D.K. admits, as it's only been edited to appear so. But he says that only filmmakers will be able to tell where the stitches are. Some of that is down to the nature of long takes, which require extensive prep and co-ordination on everyone's part, as Bajpayee notes.

“When you're going for the long takes, rehearsals are way too many,” Bajpayee tells Gadgets 360. “We just want to make sure no stranger crosses the frame. And if I'm running, chasing some bad guy in an area where it's all crowded, people are sometimes cooperating, sometimes not cooperating. [It's tough to] manage all of that, put that kind of physical effort. And one little glitch and everything [must] start from scratch. Actually, it's more challenging for the production guys who are managing and organising. Our job is just to act.”

And then there are other concerns that are more local in nature, as Raj explains: “Usually, you need a whole place to yourself because [long takes are] very, very hard. But there is a sequence that comes later, which we had to shoot in a live hospital because they couldn't of course evacuate patients. And the patients were pretty serious patients, so we had to be quiet too. And [the scene] was a hell of a gunfight. We had to do the whole thing while not waking up the patients, while still [delivering on the action.]”

“That's the kinda stuff we have to do with the restrictions we have, compared to Hollywood where you just buy the hospital, I guess,” Raj says, to which D.K. adds: “Or like [The Dark Knight] where [Christopher] Nolan really blew up an existing hospital.” Actually, the building in question was an abandoned factory belonging to a candy company, but we understand what D.K. is trying to get at.

“I feel, whenever we go to Los Angeles and watch people shoot and interact with them, we realise that we really work under a lot of restrictions, a lot of constraints [that] ‘You can't do this, you can't do this, you can't shoot there, they won't [give you] permission here',” Raj says. D.K. notes that you aren't allowed to fly a drone in Mumbai, before Raj chimes in with: “And all of Bombay, you can't shoot also because there's construction [everywhere], so it's just funny that 80 percent of our job is to make do with what we have.”

Set aside the production hurdles that stand in every Indian filmmaker's way, making an action thriller series in the country was itself a challenge to begin with. The duo first thought of The Family Man five years ago, but “we couldn't do justice to it in a two-hour format,” D.K. says. “Because it felt like the character could give a lot more than you can fit in a plot. And also, the subject, the canvas, the geopolitics, counter-terrorism, we knew that it could go to many seasons, since you're also exploring inter-country relationships and the subcontinent and everything else.”

So “we held on to the idea, thinking, let the whole [streaming] revolution begin,” Raj says, who also attributes a piece of the idea to his childhood days, watching his intelligence officer uncle make up stories on the spot and making him play “spy games” that involved guessing the number of people behind him. Raj and D.K. also wanted to walk a path less travelled in the spy genre — The Family Man isn't a spy series per se, though it's certainly been marketed as such — by disassociating from “glamorous locales” and the emphasis of style and action over everything else.

“It was like a homespun James Bond with no gadgets,” D.K. says. “Not hanging around with babes on a yacht, [and] living in a small two-bedroom apartment in shambles.”

“We were also interested in what he was doing in the gaps,” Raj adds. “Because usually, mission to mission is what you do. But this is a guy, he's a family guy. He's got kids, he's got money problems, he's got all kinds of stuff like any of us, so we were more interested from that angle.”

Priyamani, the actress better known for her roles in Malayalam, Telugu, Kannada, and Tamil language films, plays Suchitra Tiwari, the wife of Bajpayee's character. Speaking to Gadgets 360, she notes that The Family Man is “not like the usual spy series where not much about the family is generally shown. But in this, each and every character has his or her own importance. [...] Suchi has to balance the family, the kids, her work. So a lot of ups and downs [and] it takes a different turn at a given point, that [you'll discover] once you see the series.”

“[The] Family man is also really about the subcontinent,” Raj says. “The backdrop is India, the issues, the disparity and the integrity, the way we are. It's really about the jugaad of the system.”

Despite its long gestation period, Raj thinks the Amazon series has become “a little more relevant over time”. And the duo has already charted out a framework for seasons two and three of The Family Man, with which they are trying to be predictive, they said, and hopefully prescient. This comes even as the show has yet to air and there's been no word from Amazon on its renewal prospects. For what it's worth, it's already doing more business with them.

“As you're researching, you're studying a lot more about various geopolitical situations and things that are simmering, things that could happen,” Raj says. “And that may not fit into this scope of season one. So we know that, ‘Oh, wow, this is a great idea for season two, so let's put it there.' Whatever ideas we get relevant to it, we'll start putting in that story. We've thought of three initially.”

And you can expect them to retrain full creative control, as they have done since the beginning of their careers. Save for last year's comedy horror Stree, Raj and D.K. have directed — and mostly produced — every project they have written themselves. There aren't many parallels for such tight control over a series, which tends to require more collaborators than films. Better Things' Pamela Adlon, and Mr. Robot's Sam Esmail are two current examples, but even they relinquish writing control more than The Family Man duo.

“That's how we love to do it,” D.K. says. “We started off as independent filmmakers, who wrote our own stories, produced it, directed it and everything. […] So it'll be good to know that if it fails, it's our fault. If it works, it's our credit.”

The Family Man is out September 20 on Prime Video.