Eight Films to Watch Before Star Wars: The Last Jedi 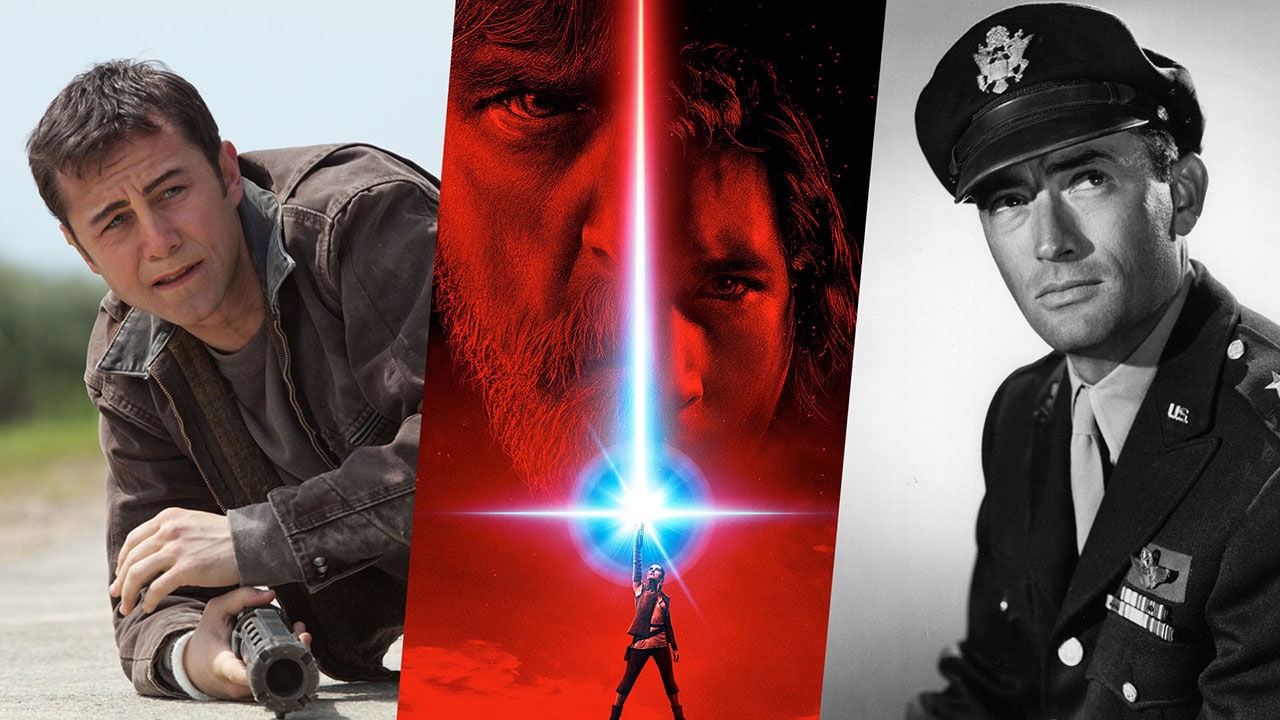 The next episode in the Skywalker saga – Star Wars: The Last Jedi – is right around the corner, with the film out December 15. The space opera will reunite us with an ageing Luke Skywalker, while further developing its younger cast of Rey and Kylo Ren, among others. If you're as excited as we are about the upcoming Star Wars movie, you're probably wondering what you can expect from writer-director Rian Johnson.

In terms of cast, characters, and runtime, we've got a detailed round-up of everything we already know about The Last Jedi. But how about stylistically? What genre and films did Johnson look to during production on his Star Wars movie? What served as the inspiration for the franchise? To answer that, we've compiled a list of eight films that you should watch before Star Wars Episode VIII.

The Last Jedi inspirations
At a Star Wars event last year, Johnson revealed that The Last Jedi would be "a classic war film", and that he was inspired by the likes of The Bridge on the River Kwai (1957), and Twelve O'Clock High (1949) among others. He had screened the films for the cast and crew to show them where he wanted Star Wars to go.

Both those films are set in World War II, and are tales of leaders winning over their men. In David Lean's Bridge on River Kwai, Lt. Col Nicholson (Alec Guinness, who played Obi-Wan Kenobi in the original Star Wars trilogy), a British prisoner of war, motivates his men and helps the Japanese build a railway bridge, while a secret plan to blow it up is unfolding.

Twelve O'Clock High focuses on the US bombing raids of Nazi Germany, with General Frank Savage (Gregory Peck) having to rally an exhausted squadron of fighter pilots. Johnson has said that a lot of the film is in The Last Jedi, and became "a really personal part of it".

The Bridge on the River Kwai: Netflix
Twelve O'Clock High: Amazon Video US, iTunes US, or Microsoft Store

The work of Akira Kurosawa
No other director has had a bigger influence on Star Wars than Akira Kurosawa, the celebrated Japanese film-maker behind movies such as Seven Samurai (1954), Rashomon (1950), and Yojimbo (1961). George Lucas has often acknowledged the direct influence of Kurosawa's filmography on his creation, particularly the 1958 period drama The Hidden Fortress.

Star Wars: A New Hope borrowed the film's technique of telling the story from the perspective of two lowest characters, applying it to C-3PO and R2-D2. "I decided that would be a nice way to tell the Star Wars story," Lucas said in 2011, "which was to take the two lowest characters, as Kurosawa did, and tell the story from their point of view, which in the Star Wars case is the two droids.”

The conclusion of The Hidden Fortress influenced the end of Return of the Jedi (1983), and elements even made it to Lucas' prequel trilogy in The Phantom Menace (1999), with Queen Padme's handmaid disguise inspired by a character dressing as a commoner.

Even those famed screen wipes that are now iconic to Star Wars was Lucas paying tribute to Kurosawa. Seven Samurai made heavy use of those scene transitions, and its central characters and themes directly influenced the Skywalker saga, be it the Jedi order or a young warrior training under a wise, old man.

Rian Johnson's previous films
Rian Johnson wasn't exactly a household name like J.J. Abrams before he became a Star Wars director, but the 43-year-old has made some very interesting films in his career. The most exciting of the lot is his last venture, the 2012 dark sci-fi thriller Looper, which starred Joseph Gordon-Levitt and Bruce Willis as different aged versions of the same hitman, whose victims were sent from the future.

Looper was a great showing of Johnson's writing-directing skills, which no doubt played a part in him getting the same deal on The Last Jedi. The film boasted of a smart script that kept you on the edge with twists right till the end, and its plot and characters had similarities to Star Wars – including a sympathetic villain (Old Joe vs Kylo Ren) – which bodes well for the new episode.

If you want to get an idea of how Johnson got his start in Hollywood, look to his 2005 Sundance hit Brick, a hardboiled detective story made for just under $500,000 (about Rs. 2.16 crore). Gordon-Levitt was the lead in Brick too, which blended film noir with a high school setting.

Other Star Wars episodes
What better (and more obvious way) to prepare for the new Star Wars than watch its direct predecessor, eh? J.J. Abrams gave us The Force Awakens in 2015, starring Daisy Ridley, Adam Driver, John Boyega, and Oscar Isaac in leading roles, with fan favourites Harrison Ford and Carrie Fisher reprising their portrayals of Han and Leia. It was the first Star Wars movie in over a decade, and audiences took it to a record-breaking $2 billion at the global box office.

And for good reason: it had a strong female character, new interesting subplots involving a defecting Stormtrooper, and Leia's son taking after her father Darth Vader, and exciting action sequences on ground, in space, and with lightsabers. Sure, the film was way too heavily inspired by the structure of A New Hope, but it worked to bring millions of new fans into the fold.

Plus, The Last Jedi is the first Star Wars film that doesn't have a big time jump. It picks up right where The Force Awakens left off, so you might want to brush up on Rey's adventures, from being a scavenger on the desert planet of Jakku to meeting the legendary Luke Skywalker on Ahch-To.

Another chapter worth considering is The Empire Strikes Back (1980). The Last Jedi has been compared to what many consider the best Star Wars film for being the middle chapter in a trilogy, and because The Force Awakens hewed so close to A New Hope. You can even go a step further and squeeze in the full original trilogy, if you've the time.