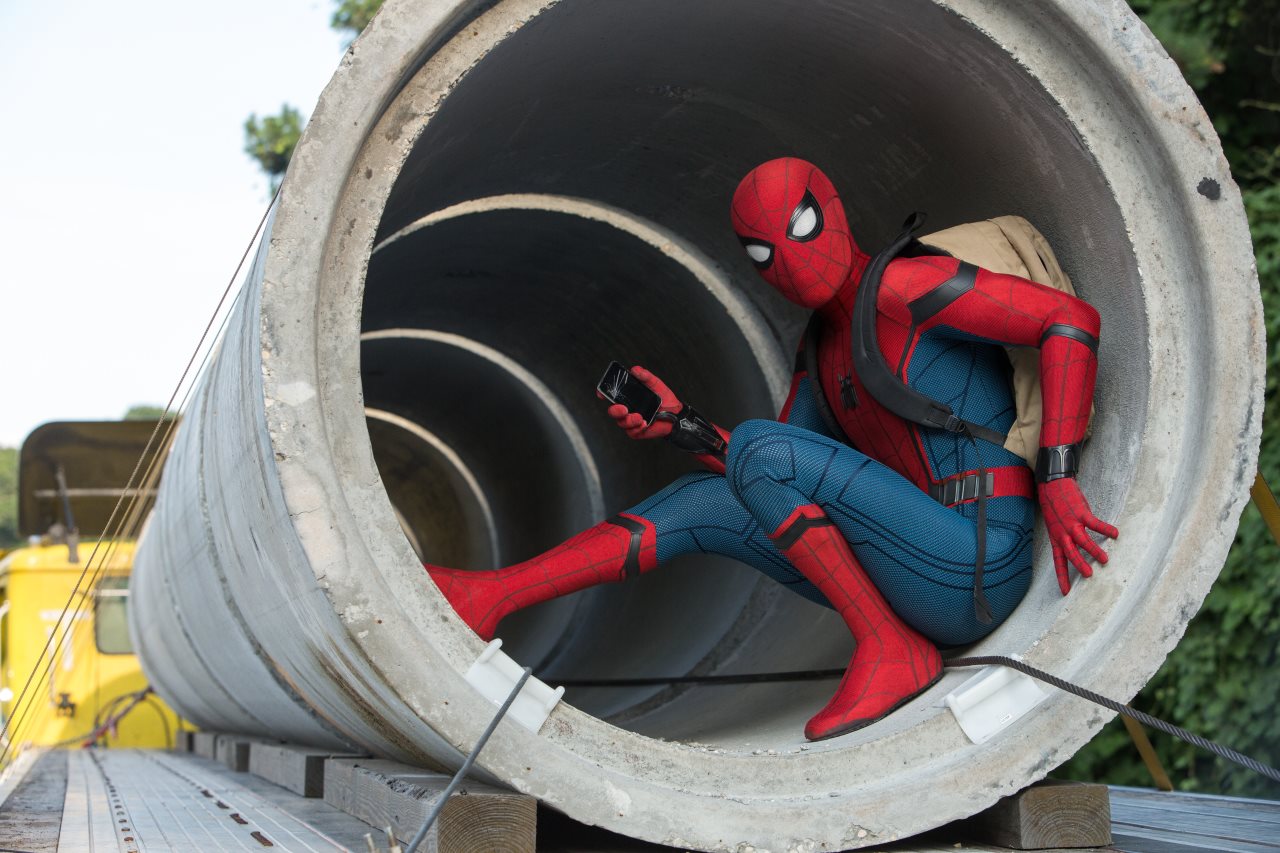 The origin story of Spider-Man is so well-known at this point thanks to the character’s massive popularity and routine depiction on the big screen since the turn of the century that the latest solo adventure for the web-slinger, Spider-Man: Homecoming starring Tom Holland, essentially skipped the whole thing. Being able to eschew what most audiences are already aware of – in addition to the famous quote that speaks about power and responsibility – helped make a better movie, one that grossed $880 million worldwide and in turn contributed to the global success of Spider-Man, whose licensing revenue was more than Batman, Superman, and the Avengers combined just a few years ago.

But how did Spider-Man become so popular? In August 1962, despite several objections from his then-Marvel publisher Martin Goodman, a 40-year-old comic book writer named Stan Lee convinced him to try out Spider-Man in what was about to the final issue of a failed anthology comic series.

Bitten by a radioactive spider, high school student Peter Parker – an orphan brought up his loving aunt and uncle – gained spider-like powers, built himself wrist-mounted web-shooters and adopted the name Spider-Man. Parker initially uses his powers to become a TV star but after a thief he ignored kills his Uncle Ben, he realises the great responsibility that comes with great power and vows to fight crime in New York City.

“Now, when you drop a magazine, nobody cares what you put in the last issue,” Lee said in a 2011 interview. “So, just for fun, I put Spider-Man in the last issue of Amazing Fantasy and I featured him on the cover, just to get it out of my system.” Surprisingly, Amazing Fantasy #15 – the issue that first told the origin of Spider-Man – turned out to be the best-selling comic Marvel had that year.

Seeing its popularity, Goodman felt comfortable in commissioning co-creators Lee and artist Steve Ditko to kick off a solo series called The Amazing Spider-Man starting early 1963, which put its eponymous superhero on the map, became Marvel’s most sold work and continues to run over five decades on. Several notable writers and artists have taken up the mantle during that time, sketching out characters and cementing relationships that would leave a profound impression on Spider-Man. It was Lee’s idea to make Peter Parker a teenager, wanting to cater to the growing teenage readership demographic. And notably, Spidey didn’t end up being a sidekick as was the case in comics books of that era.

Emma Stone as Gwen Stacy in The Amazing Spider-Man (2012)

Spider-Man: Girlfriend, best friend and who played them

Along with Ditko, Lee would go on to introduce several famous supporting characters in Parker’s life, including his college best friend Harry Osborn and girlfriend Gwen Stacy. Both have been portrayed on the big screen by two different actors: James Franco played Osborn in director Sam Raimi’s trilogy between 2002-07 while Bryce Dallas Howard’s (Jurassic World) Stacy was a brief part of the overcrowded and lacklustre third entry 2007’s Spider-Man 3, with Valerian star Dane DeHaan stepping into the best friend role for 2014’s The Amazing Spider-Man 2, the terrible, no good adaptation from (500) Days of Summer director Marc Webb starring Andrew Garfield as Spider-Man and Emma Stone as the girlfriend.

The Amazing Spider-Man 2 also featured a loose adaptation of Spider-Man's watershed moment in the comics from writer Gerry Conway and artist Gil Kane, who conceptualised the iconic story arc “The Night Gwen Stacy Died” in which Spider-Man tries to save Gwen Stacy after she’s thrown off a bridge, but the whiplash caused by his webbing (likely) leads to her death. (In the film, the clock stops at 1:21 as a reference to the comic book issue in which it happened.) The moment was significant for comics in general, for killing off such an important character – the protagonist’s girlfriend – was unheard of in 1973, and it influenced many a comic book in decades since.

It further boosted Spider-Man's growing popularity, resulting in three different live-action TV series in the 1970s on the back of an eponymous animated series that ran from 1967-70 and was created by Lee: Spidey Super Stories became the character’s first live-action appearance in 1974, the short-lived The Amazing Spider-Man premiered in 1977, and Spider-Man made it to Japanese TV screens between 1978-79 with “Supaidā-Man”. Curiously, all other television efforts since have been animated – including 2008-09’s The Spectacular Spider-Man and Spider-Man from 1994-98 – with live-action films booming in number and business from the turn of the century.

The best Spider-Man movie of all-time

Raimi’s Spider-Man trilogy, which starred Tobey Maguire in the lead and grossed nearly $2.5 billion – and whose middle chapter the 2004 sequel Spider-Man 2 is often considered one of the best superhero films of all-time – was in some ways a precursor to the current domination of superhero fare at the cinemas (mostly thanks to Marvel Studios, which has produced 20 entries in the last decade and earned over $17 billion in just ticket sales worldwide). Raimi’s films centred on another well-known love interest of Parker’s: Mary Jane Watson, popularised as "MJ" in the comics and played by Kirsten Dunst in the trilogy. Though Watson goes on to marry Parker in the comics, that arc never came to fruition with Raimi opting to walk away after the dissatisfaction of Spider-Man 3.

Sony didn't hang around with hundreds of millions in potential revenue, choosing to immediately reboot the character under the auspices of Webb and Garfield. The result was a new series named on the original comic run, The Amazing Spider-Man, with two chapters released in 2012 and 2014. Though Sony had plans for two more in addition to spawning a universe involving characters in Spider-Man comics seeing the popularity of shared world-building elsewhere, the disappointment of The Amazing Spider-Man 2 led the studio to work on a licensing deal with the more-successful Marvel. Fans got a third actor as Spider-Man in a decade in Holland, introduced as the teenager in 2016's Captain America: Civil War and was followed by his first solo appearance in the aforementioned Homecoming last year.

Through it all, despite the ups-and-downs in critical appeal, Spider-Man's worldwide popularity has ensured the character continues to be a money-making operation for the parties involved. (Even The Amazing Spider-Man 2 grossed over $700 million, and that's the lowest of the lot.) And thanks to Sony's timely deal with Marvel, Spider-Man both boosted and further benefited from this year's mega get-together Avengers: Infinity War, joining a team of dozens of superheroes, one that he had only been made part of in the comic book pages earlier this century. With several sequels to follow — including the as-yet untitled Avengers 4 and the sequel to Homecoming, Spider-Man: Far From Home, in 2019 — the orphan boy from Queens, New York, who is more relatable than most superheroes for he shares normal-people problems such as struggling at school, home and in relationships, will only keep swinging higher.

Rome: Total War for iPhone Trailer Released, Will Launch on August 23
Inside SpaceX, the Willy Wonka-Like Rocket Factory That Eventually Could Send Astronauts to Space