From Bard of Blood to This Is Us and The Family Man: September 2019 TV Guide to Netflix, Amazon Prime Video, and Hotstar 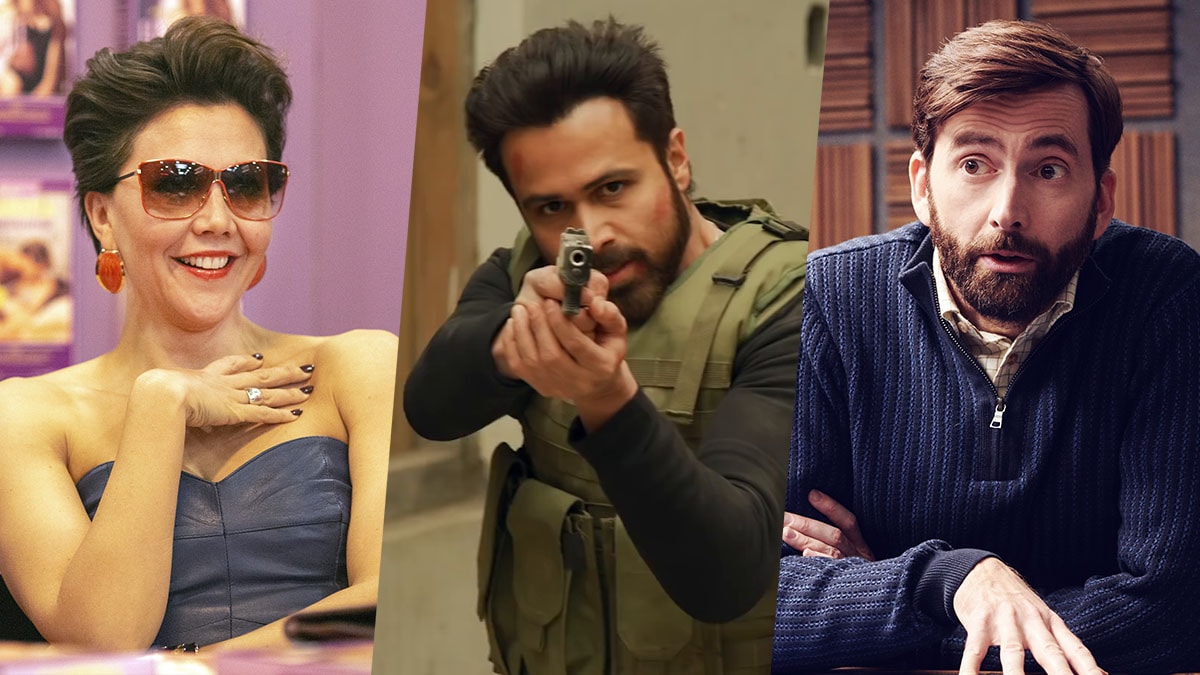 (L-R): The Deuce, Bard of Blood, and Criminal

Sacred Games 2 was easily the biggest highlight for TV buffs from India in August, but India's first Netflix series didn't deliver as many expected it to. Thankfully, Netflix had good stuff elsewhere in GLOW season 3 and Mindhunter season 2, with both shows digging deep into their characters and world. Meanwhile, HBO's Succession returned for an improved second season. And then, Netflix and Amazon closed out the month with fantasy titles in Carnival Row and The Dark Crystal: Age of Resistance. In September, you can look forward to terrorist-focused dramas from India in Bard of Blood and The Family Man, and the swansong of critically-acclaimed series such as The Deuce and Transparent. Beyond that, there are new shows involving Ryan Murphy, the BoJack Horseman creator, and Sacha Baron Cohen.

Here are upcoming TV shows on Netflix, Amazon Prime Video, Hotstar, and beyond in the month of August.

When: September 6
Where: Netflix

The life of Israel's top Mossad spy Eli Cohen (Sacha Baron Cohen, a distant relative) is the subject of this miniseries from writer-director Gideon Raff, whose previous drama Prisoners of War was adapted into the long-running Homeland. In its six-episode run, it will focus on Cohen's undercover years in Damascus, Syria in the early 1960s, as he went up the political and military friendship ladder, before being caught and publicly hanged. Wait, is that a spoiler?

Making another time jump, this time to 1985, the third and final season of The Wire creator David Simon's look at the legalisation and rise of pornography in New York will chronicle how VHS tapes have an impact on the fledgling industry. James Franco and Maggie Gyllenhaal continue in their usual roles — twin brothers and a sex worker-turned-director — with Michael Gandolfini, Zoe Kazan, and Corey Stoll as guests.

When: September 10
Where: ALTBalaji, ZEE5

Hot on the heels of Mission Mangal, this fictionalised look at India's Mangalyaan — officially, the Mars Orbiter Mission — from Ekta Kapoor focuses on the four women scientists (Sakshi Tanwar, Mona Singh, Nidhi Singh, and Palomi Ghosh) at the centre of it all. Don't look for historical accuracy as the ISRO rights were snapped up by Mission Mangal, though hopefully this one won't unnecessarily distort facts, will treat its female characters better, and stay away from the jingoism.

When: September 13
Where: Amazon Prime Video

From BoJack Horseman creator Raphael Bob-Waksberg and fellow writer Kate Purdy, comes an adult animated series that's somehow bleaker and more experimental than BoJack. If you're wondering how that's possible, it's about a 28-year-old woman (Rosa Salazar, from Alita: Battle Angel) who nearly dies in a car accident and then realises she has a new relationship with time, which she uses to investigate her father's death (Bob Odenkirk, from Better Call Saul).

When: September 20
Where: Netflix

When: September 20
Where: Amazon Prime Video

Manoj Bajpayee (Gangs of Wasseypur) plays a middle-class man who works for the National Investigation Agency in this action comedy-drama from Raj Nidimoru and Krishna D.K. (Go Goa Gone). On one hand, he must keep terrorists at bay. And on the other, he must protect his family from “a secretive, high-pressure, yet low paying job.” Priyamani (Paruthiveeran), Sharib Hashmi (Filmistaan) also star.

When: September 25
Where: Hotstar

When: September 27
Where: Netflix

In a month for Indian originals about dealing with terror threats, this seven-episode thriller produced by Shah Rukh Khan's production house Red Chillies follows an ex-communicated RAW agent (Emraan Hashmi, from Murder) who teams up with an analyst (Sobhita Dhulipala, from Made in Heaven) and sleeper agent (Vineet Kumar Singh, from Mukkabaaz) for a rescue mission in Balochistan. Based on Bilal Siddiqi's novel of the same name, and directed by Ribhu Dasgupta (Te3n).

When: September 27
Where: Netflix

When: September 27
Where: Amazon Prime Video

Jill Soloway's acclaimed series returns for its swansong after a gap of two years, owing to sexual harassment allegations against its lead star Jeffrey Tambor. He's gone from the show and his character will be killed off in the finale, which is not a full season but a two-hour musical involving the remaining cast members: Amy Landecker, Jay Duplass, Gaby Hoffmann, Judith Light, and Kathryn Hahn.