Searching Director on How to Make a Computer Screen Movie, and Why He'll Never Do It Again 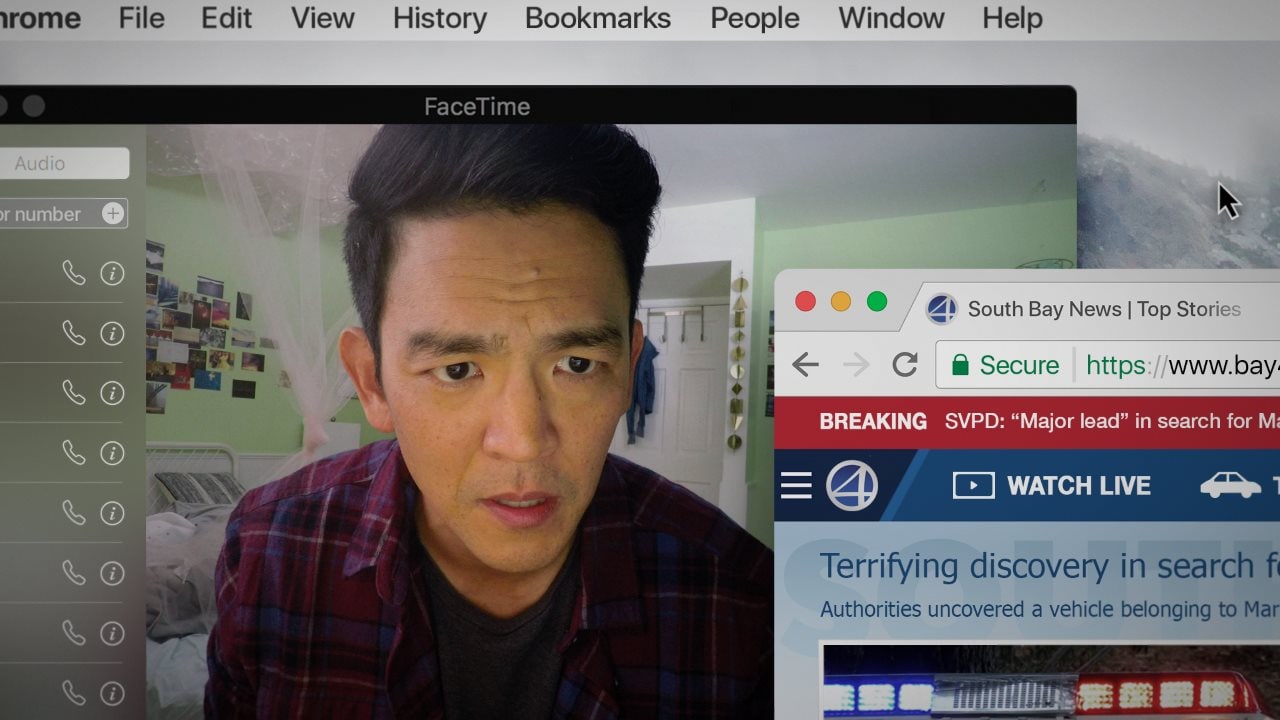 John Cho in Searching, out August 31 in India

In 2015, the Timur Bekmambetov-produced horror film Unfriended was released, which the Russian director described as the first in hopefully a new wave of "screen movies", that is where the entire film takes place from the point of view of a computer display. It was one of the first such feature-length productions after the Modern Family season 6 episode "Connection Lost". Despite what seemed to be a gimmick, the movie became a success which prompted Bekmambetov's team to come up with a follow up: an anthology feature that would be comprised of a bunch of short films, all of which took place on screens.

During development, one of those ideas came from then-Google employee Aneesh Chaganty and his producer friend Sev Ohanian (Fruitvale Station), who knew each other from film school. After working for a month-and-a-half on their short film called Search, the two pitched it to Bekmambetov. "I remember sitting around a big table with financiers and all these people," Chaganty tells Gadgets 360. "I was like 'Why are you guys all here? It's a short film'. And they were like 'Listen, we like the short but we don't want to make it. We want to make this into a feature. What do you guys say?'"

"And in one of the weirdest moments of my career, I was just like 'No'," Chaganty adds. "In the moment, it felt like we would be taking a concept that, most importantly, had been done before [with Unfriended]. So immediately, the gimmick is not interesting enough to me. There needed to be something else. And we would be making something not because it was artistically [the right choice] but because another movie was a hit. Why would I want to be involved in that?"

"I hate shitting on Unfriended because the same company made it but I've to be honest," he says later. "[Sev and I] saw that movie and we were like 'It's not possible. You can't make something that's thrilling and really, really engaging beyond the gimmick." Nevertheless, Ohanian and Chaganty kept talking about it and one day, the two called each other to discuss an opening scene they had individually thought of, which remarkably turned out to be the exact same opening scene. "And it was one of those weird moments of serendipity, where we felt like this means something," he adds.

Chaganty notes the idea, which he describes as the opening of Pixar's Up meets a Google commercial, was inspired by his time at the tech giant. He had been working at Google for two years, tasked with developing, writing, and directing commercials. He is responsible for early Google Glass and Google Photos ads, the latter of which premiered during the opening ceremony of the 2016 Summer Olympics. Convinced of the potential due to that opening scene, they came up with a 90-minute version of the initial pitch. "I quit my job at Google, that was tough," Chaganty adds. "And I moved back to Los Angeles and went into indie filmmaking."

Nearly two years later and after winning three awards at the 2018 Sundance Film Festival, the film – now called Searching, starring Star Trek's John Cho and Will & Grace's Debra Messing – is set to release August 31 in India, the US and select regions. It's a psychological thriller, and it tells the story of a recently-widowed single father named David Kim (Cho), who wakes up one morning to missed FaceTime calls from his daughter and then slowly discovers she's missing. Messing plays a detective who's assigned to the case soon after. But more interestingly, Searching takes place entirely on screens, including multiple computers and an iPhone.

That necessitated a unique filming approach, Chaganty explains, with two cameras in every shot: one that frames the actors and the other being the screen that encompasses them. He equates it as shooting a live-action movie, putting it inside an animated movie and then using that to create the final product. Since that requires knowing what the frame will be for the live-action part, they had to hire the editors nearly two months before production even began. A rough cut was put together before filming began, Chaganty says, with the director playing every single role and using screen capture for the rest.

During filming, the actors had hurdles of their own to jump over. Cho would be shown the footage made during pre-production as a reference because "his eyeline needs to match every single button he ever clicks in the movie", Chaganty adds. But when it came to performing, he would act against a black screen – with a GoPro attached to it – for the most part. "I would literally give him notes sometimes that would go 'That was perfect, just next time drag a little less to the left,' he remarks with a laugh. It's certainly not what actors are used to, but Chaganty notes they were very sporting.

On top of all that, the Searching team had two more tasks: achieve narrative focus despite the limitations of the medium and make computer screens look cinematic on the big screen. The former was accomplished by constantly zooming in on different parts of the image, which required image scaling through vectorisation since screen resolutions aren't high enough. With the use of Adobe Illustrator, Chaganty adds, "every single graphic has been recreated by the editors from scratch". For the latter, they made use of virtual camera shakes, push-ins, lens flares, and lens looks.

Having a technology background, Chaganty also wanted to ensure everything in Searching was as accurate as possible. "I feel technology, as a whole, has been done so poorly in Hollywood," he adds. "We live our lives on these things, so why doesn't a movie actually show the way that we live?" One of his favourite scenes in the movie – the dad trying to figure out the passwords of her daughter's social media accounts – was partially rewritten as a result, after he realised that text messages unlike iMessages don't appear on a MacBook (by default), and then rewrote the scene after working out the exact process.

Chaganty notes that people can verify this movie, just like they do with Mr. Robot, another notable case where the writers rely on consultants to make sure their hacks can be executed in real life. It's also why Searching makes use of real-life apps such as Chrome, FaceTime, and Skype, because Chaganty is fed up of seeing exaggerated and unrealistic user interfaces that don't make sense. The only exception was a lone fake website they built – a live-blogging tool called YouCast, a mirror image of a real website called YouNow – because it involved negative characters, and they didn't want a company to come at them and say, 'No that kind of person wouldn't exist on our site,' he explains.

This interest in technical accuracy led to days of research in making the film's opening sequence, which is almost like a love letter to the (recent) history of computers. Set across a period of 16 years, it conveys the backstory of the family through the different computers they owned, running the likes of Windows XP, Windows Vista, and versions of macOS. "There's very few places that have properly archived a lot of these things," Chaganty says. They made use of Google search and The Wayback Machine to make it as accurate as possible; the director notes that finding the right version of AIM was "an absolute nightmare".

Owing to all the aforementioned challenges in addition to their computers crashing all the time even though they used a low-res composition for the most part, it took a year and a half to make Searching, with its small team of five people working 8am to 2am every day. They flew past multiple targets "because every step would take longer than they thought", Chaganty adds. "It was tough emotionally and technically to pull this movie off. Especially the editors. Once the movie comes out, I'm going to signing their praises every second."

He also credits Bekmambetov for letting them break the rules he had set for "screen movies" in the past and giving them space to make the movie they wanted. And while they couldn't do a lot of things that would be easy in traditionally-shot films, the ability to convey a person's thoughts by showing characters type something out, backspace and then type something else entirely different (just as Unfriended did) was a great opportunity for subtext and something other films can't replicate easily, the director remarked. That said, Chaganty insists he'll never do it again because of how annoying it was.