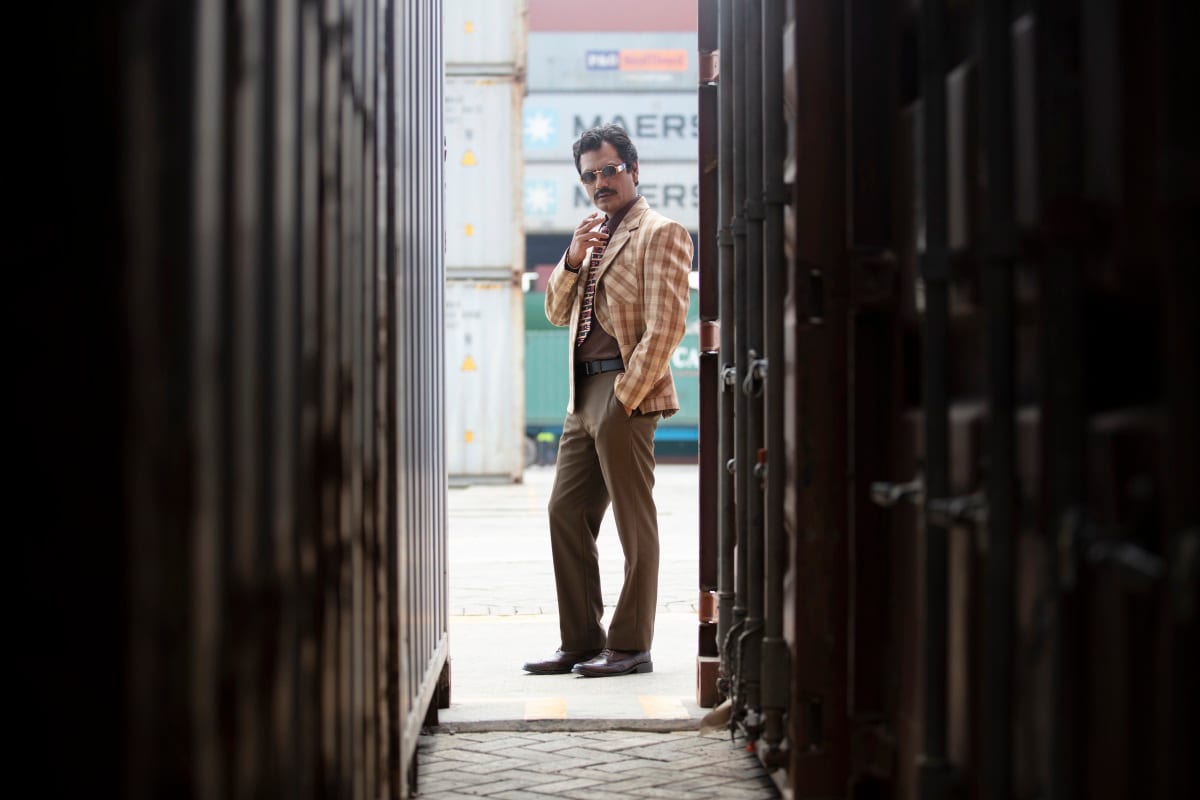 Sacred Games, Netflix's first Indian original series, is making its hotly anticipated return next week. Based on Vikram Chandra's 2006 novel of the same, Sacred Games 2 will continue to chart the entangled adventures of Mumbai police officer Sartaj Singh (Saif Ali Khan) and gangster Ganesh Gaitonde (Nawazuddin Siddiqui). New characters — played by Kalki Koechlin and Ranvir Shorey — and ones that were cameos previously will have a big role to play in season 2, which underwent production troubles after Phantom Films was caught in the #MeToo movement. Though there was concern over the series' future, Sacred Games is back after 13 months. Reliance Entertainment, which had a 50 percent stake in Phantom Films, handled production on season 2.

From release date to trailer, here's all you need to know about Sacred Games 2.

Since the first season, Sacred Games has opted to divide directorial duties along character lines instead of episodes, with two different directors taking on Sartaj and Gaitonde's storylines. While Anurag Kashyap continues as director on the latter front, Masaan director Neeraj Ghaywan has been roped in to helm the parts featuring the former.

Both Kashyap and Ghaywan are involved on all eight episodes of Sacred Games 2, naturally. Kashyap is also an executive producer on the series alongside Chandra, showrunner Vikramaditya Motwane, and head writer Varun Grover. Grover had a new writing team on season 2, which includes Dhruv Narang (Gormint), Nihit Bhave (Hey Prabhu!), and Pooja Tolani.

Returning Swapnil Sonawane and Sylvester Fonseca served as the cinematographers, for Ghaywan and Kashyap, respectively, while Aarti Bajaj continues as editor.

Netflix released the first — and as yet only — trailer for Sacred Games season 2 in early July, giving us a two-minute look at the plotlines and the action in store, in addition to how the new characters will factor in.

With Netflix being coy on plot details, all we have to go on is the aforementioned trailer, the events of the first season, and the book. The last one doesn't count for a lot, considering the changes the writers have made.

Sacred Games season 1 ended with Sartaj discovering the fallout shelter built by Gaitonde, where he found a dead Trivedi. Meanwhile, Gaitonde was rescued in the nick of time by men seemingly acting on Guruji's orders, as he was about to be killed by Suleiman Isa's men in prison.

In season 2, Sartaj will continue his investigation into the potential nuclear attack on Mumbai, which will involve Guruji & Co., since Gaitonde referred to him as his “third father”. It will also tie into Shahid Khan, given the first season's hints regarding an ISI involvement. ISI is Pakistan's intelligence agency, equivalent of India's RAW and the US' CIA.

On the other hand, Gaitonde's storyline in season 2 is a lot more unclear. It will naturally revolve around Guruji (as well) given it was building up to that towards the end of season 1, which the trailer confirms. The trailer also reveals that he's tied up somewhere at some point, and involved in a new business that requires him to fraternise with Arabs.

Netflix has set a review embargo on Sacred Games 2 until 7pm IST on Wednesday, August 14. Check back then for our Sacred Games season 2 review.