Sacred Games Season 2: Can the Netflix Original Live Up to Its Billing as India’s Narcos?

Time to learn from the show it’s compared with so often. 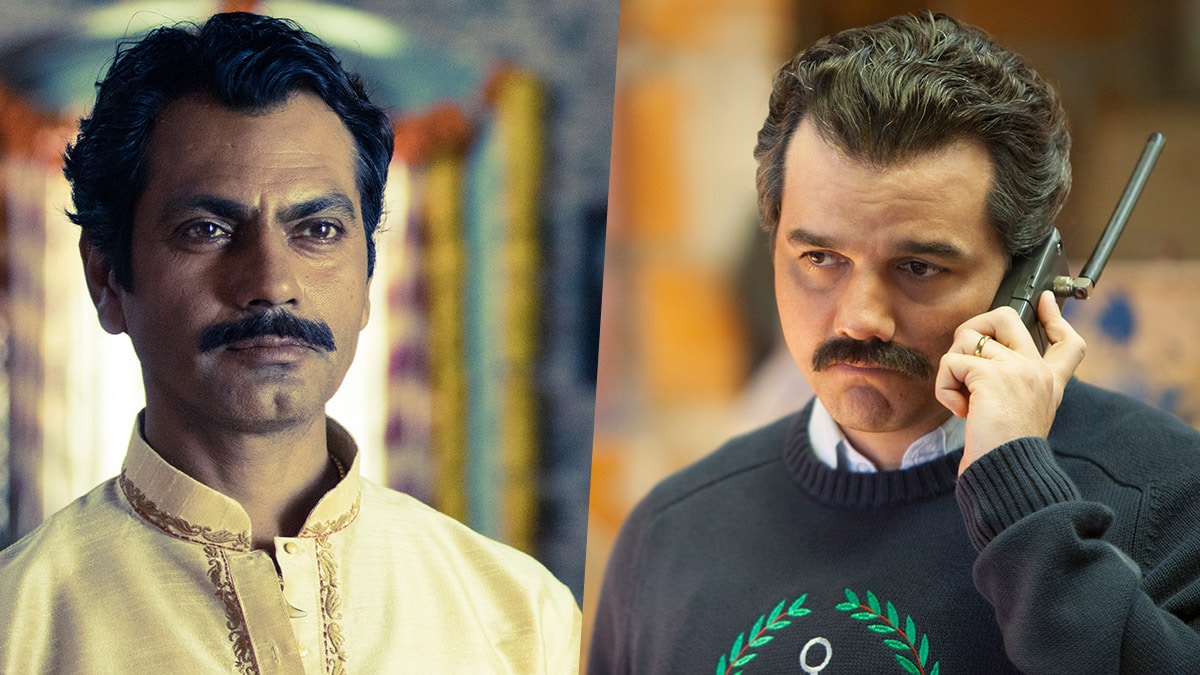 Before Sacred Games debuted in July last year, the early looks at the first season — through trailers and photos — felt reminiscent for many of another Netflix series about eager gangsters, corrupt politicians, and shackled police: Narcos. Of course, once the Indian crime drama was out for good, it was clear that it was very different from the Colombia-based, American crime drama. But beneath the surface-level parallels, both Netflix shows did have similar undercurrents as they dealt with the respective country's dense history and realpolitik, either in literally drawing from it (Narcos) or by attaching itself to it (Sacred Games).

More importantly, beyond that commonality in narrative topics, it was the nature of the storytelling approach that allowed you to extend said comparison between the first seasons of Narcos and Sacred Games. Both featured an omniscient narrator — Boyd Holbrook (for two seasons) in the former, and Nawazuddin Siddiqui in the latter — who offered a pathway into a complicated world. They also helped ease the long expositions that were essential to the rise of the central gangster. The narration also had its differences: Narcos felt a little too on-the-nose at times and like it was hand-holding (in season 1), which Sacred Games largely avoided, though it turned into a historical check-list at times.

In the first season, Sacred Games ran through multiple decades of Indian history in a few episodes via the flashbacks of crime lord Ganesh Gaitonde's (Siddiqui) life, jumping from the Emergency in 1977, the Bofors weapons scandal of the late 1980s, and (coming close to) the Bombay riots of 1992. While Narcos did that too with Pablo Escobar, Colombia's political past wasn't adjacent to the story but a crucial part of it, with the two influencing each other.

Additionally, both Netflix shows are also known for showcasing copious amounts of blood and gore thanks to relentless on-screen violence, much of which is directed towards women.

As Sacred Games prepares to dive into its second season — out August 15 on Netflix — it can again look to its Netflix counterpart for guidance. In season 2, Narcos evolved as a drama as it dug deeper into its characters and eschewed the easy thrills of its opening year. In some ways, it was a clever bait-and-switch by the creators, similar to what Game of Thrones had done over several years. The HBO series initially drew viewers in with sexposition — a portmanteau of sex and exposition that was literally coined for Thrones — and violence, and then pared back on the sex as the audience were hooked into the characters' arcs and journeys. The violence never went away, naturally.

That's what Sacred Games should aspire to do in season 2. And as it expands the tapestry of its characters — and introduces new ones played by the likes of Kalki Koechlin, Ranvir Shorey, Amruta Subhash, and Harshita Gaur — the Indian series must also reckon with their depiction. After season 1, book readers — Sacred Games is based on Vikram Chandra's 2006 novel — voiced their concerns about the morality shift in the cop protagonist Sartaj Singh (Saif Ali Khan), who had been pushed from shades of grey in the source material to a more black-and-white take on the Netflix series.

It was a sign that the Sacred Games writers — Varun Grover, Smita Singh, and Vasant Nath worked on season 1 — were willing to fall into standard tropes to create a character that audiences could easily root for. But that was far from the only writing issue. Throughout the season, Sartaj behaved so stupidly that he was caught by the villains repeatedly — twice in 10 minutes in one episode — but still walked away unscathed, save for a lone thumb. It reminded us of the James Bond franchise, where 007 routinely walks into the villain's lair and emerges with his life. Except Sacred Games isn't a witty caper with sharp suits, martinis, and Aston Martins.

That wasn't the only writing trope that Sacred Games season 1 fell into, unfortunately. The most egregious of those was the “fridging” incident in the penultimate episode, where Gaitonde's wife Subhadra (Rajshri Deshpande) was killed off with the sole purpose of furthering his story. Gaitonde responded by going on a rampage and killing hundreds, with the writers making her death entirely about his character.

Of the four new (known) cast additions to season 2, three are played by women. Hopefully, Sacred Games will treat them better as it expands its world, and course-correct on some of its other faults. Otherwise, that oft-floated question — “Can Sacred Games be India's Narcos?” — will feel very empty soon.