David Fincher, Alfred Hitchcock, Ayushmann Khurrana, and others coming to Netflix this month. 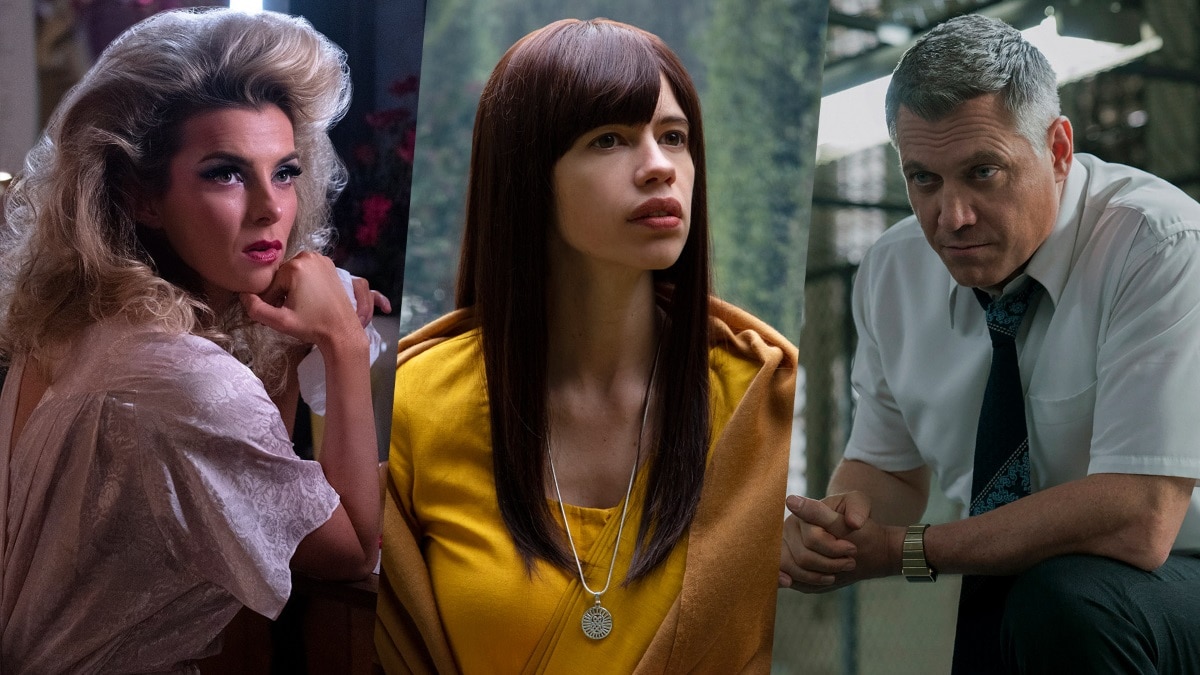 August is going to be a big month for Netflix subscribers in India, thanks to a slate boasting popular and critically-acclaimed original series and licensed films. For most Indians, there's more than one reason to celebrate Independence Day. Not only is it a national holiday, but it's also the release date for Sacred Games 2, which brings back the (partly) Anurag Kashyap-directed and Vikramaditya Motwane-showrun series for more adventures. A day later, the David Fincher-produced criminal psychology series Mindhunter — which studies serial killers — also returns for season 2, after a gap of nearly two years, while the controversial 13 Reasons Why airs season 3 a week later on August 23.

Elsewhere, the-show-within-a-show comedy-drama GLOW returns for its third season two weeks earlier on August 9, while The Dark Crystal: Age of Resistance will offer a prequel to the 1982 Jim Henson fantasy classic towards the end of month on August 30. Beyond that, there's the return of two critically-acclaimed shows on August 2 in Dear White People: Volume 3 and Derry Girlsseason 2, following African-American college-goers and Northern Irish high schoolers, respectively. And if you enjoy comedic commentary on hot-button topics, Patriot Act with Hasan Minhaj returns for its fourth volume starting August 4.

Away from all the originals, Sujoy Ghosh-directed Badla and Ayushmann Khurrana-starrer Article 15 are also out in August on Netflix. Beyond India, the licensed slate is much stronger, with films starring or made by the likes of Emma Watson, Chris Hemsworth, Joss Whedon, Jude Law, Al Pacino, Channing Tatum, Edgar Wright, Simon Pegg, Catherine Zeta-Jones, Alfred Hitchcock, James Stewart, Joel and Ethan Coen, and Jeff Bridges. With that, here are our 13 picks for August 2019 that you should watch out for, and the full list of movies and TV shows coming to Netflix India after that.

Netflix's first original series from India is back for a sophomore run that will span beyond the Indian borders and feature the likes of Kalki Koechlin and Ranvir Shorey. Both their characters will be part of the present-day timeline, as Ganesh Gaitonde (Nawazuddin Siddiqui) meets his mentor Guruji (Pankaj Tripathi) while Sartaj Singh (Saif Ali Khan) tries to thwart a potential nuclear attack in Mumbai.

David Fincher returns as director and executive producer for the eight-episode return — two less than the first season — of this look at the early days of criminal psychology and profiling at the FBI, with the two special agents (Jonathan Groff and HoltMcCallany) and professor (Anna Torv) studying the Atlanta murders of 1979-81. Charles Manson and the Son of Sam might feature.

The Gorgeous Ladies of Wrestling — Alison Brie and Betty Gilpin among them — are headed to ‘80s Las Vegas for the third season, where they will be joined by Geena Davis (Thelma & Louise) as Sandy Devereaux St. Clair — now that's what you call a name — the entertainment director of the Fan-Tan Hotel and Casino. That's the Vegas venue where said ladies will do said wrestling.

Justin Simien returns to offer more social commentary with this exploration of racism, white privilege, and cultural appropriation and assimilation at a fictional Ivy League university. Giancarlo Esposito jumps from narrator to on-screen character, as the end of season 2 showed, and he'll be joined by a few guests in season 3 which further delves into the mysterious Order of X.

Ayushmann Khurrana stars as a cop in this exploration of casteism, religious discrimination, and the current socio-political situation in India from Mulk writer-director Anubhav Sinha, which tracks a police investigation into a missing persons' case involving three teenage girls of a small village. Ironically, the film was criticised for being casteist itself, and providing an outsider's perspective, but it's still a hard-hitting, well-made movie.

Often called one of the greatest films of all time, Alfred Hitchcock directed this San Francisco-set adaptation of a French novel that offers a look at the great director himself through the viewpoint of a former police detective (James Stewart) tasked with following the wife on an old friend. Also famous for its use of the dolly zoom, now often termed as “the Vertigo effect”.

Just two years later, Hitchcock delivered what is considered the birth of the slasher genre with this psychological horror film — best known for its shower scene, which upended the narrative — that follows a secretary (Janet Leigh) who steals money from her employer and ends up at a secluded motel run by an eccentric young man (Anthony Perkins).

A landmark film of its era, this road buddy drama from Dennis Hopper and Peter Fonda — who directed, produced, wrote and starred in the film, in varying capacities — explored the counterculture of 1960s USA, including the hippies, drugs, and communes through the viewpoint of two bikers (Hopper and Fonda) travelling the American Southwest with the money from a cocaine deal.

Directed by the Coen brothers and starring Jeff Bridges, this crime comedy is about a guy known as The Dude (Bridges) who seeks payback for his ruined carpet after he's mistaken for a millionaire with the same name. But the film is less about the plot and more about a way of living — helped by its eccentric characters, Coens' visual imagination, and dialogue — which has given it its cult status.

In the second of writer-director Edgar Wright's thematically-linked, jokingly-named Three Flavours Cornetto trilogy, co-writer Simon Pegg stars as a top London cop who is transferred to a sleepy English village for being the lone overachiever in a squad of slackers. Like other films in the trilogy, it's a relationship comedy stuffed inside a genre (cop movie in this case).

Emma Watson and Ezra Miller (Justice League) star as two step-siblings and non-conformist high school seniors who guide a clinically-depressed, nervous and alienated freshman in this coming-of-age drama based on the 1999 novel of the same name by Stephen Chbosky, who also wrote and directed the film.

Al Pacino won the Oscar for Best Actor for playing a blind, bad-tempered, medically retired army colonel in this remake of the 1974 Italian film Profumo di donna, which involves a scholarship student in need of money agreeing to “babysit” the old man. The film plays itself as a mixture of coming-of-age and a prep school movie.

Jude Law, Rooney Mara, Catherine Zeta-Jones, and Channing Tatum star in this psychological, provocative thriller from director Steven Soderbergh. The inter-linked worlds of the four characters unravel after one of them (Mara) is prescribed an experimental drug that has, well, side effects. You won't see the twists coming.

Here's the full list of all the new content coming to Netflix India in August 2019. We've marked Netflix Original titles in bold for your convenience.

August 5
Alarmoty in the Land of Fire
Detention Letter
Enter the Anime
No Good Nick: Part 2

August 15
3 Days to Kill
Beautiful Creatures
The Cabin in the Woods
Cannon Busters
The Double
The Intouchables
The Perks of Being a Wallflower
Sacred Games: Season 2
Side Effects