Marvel's The Punisher, Godless, Alias Grace, and More on Netflix in November 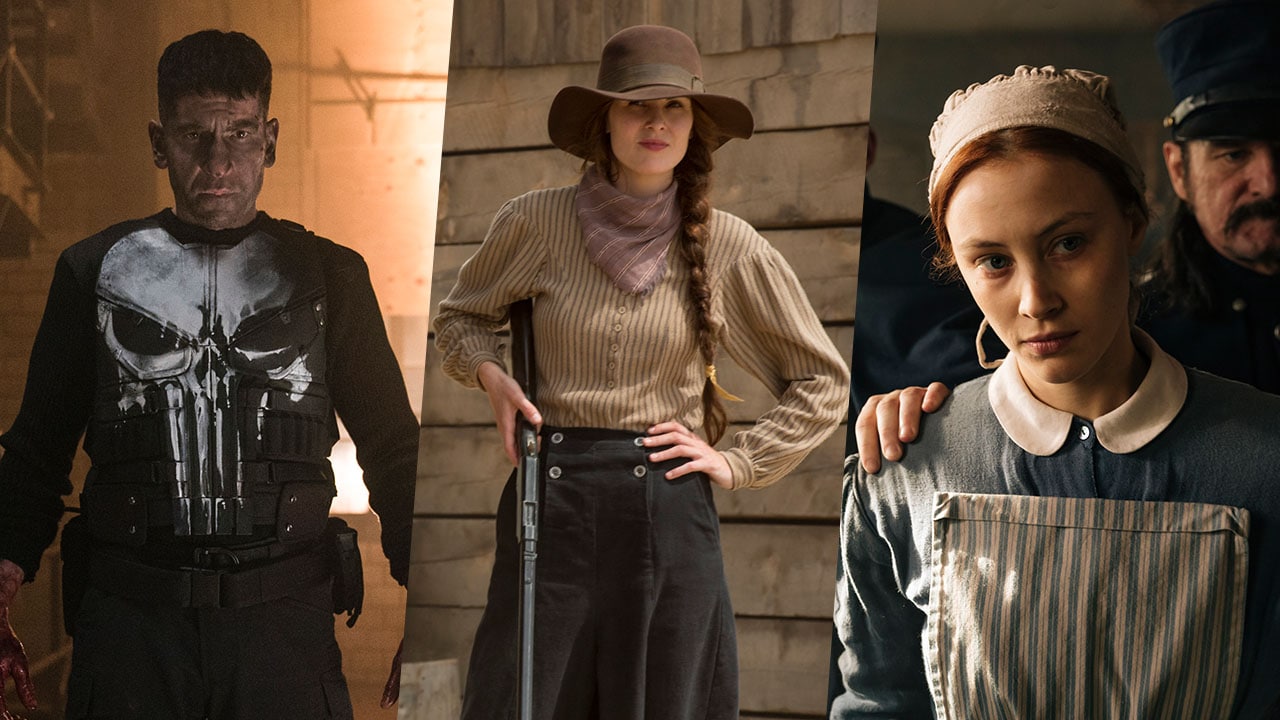 The highlight for Netflix's October was the return of Stranger Things, the breakout hit that captured everyone's attention last year. We found the second season to be an improvement over the original, and well worth a weekend binge-watch. There was also Mindhunter from David Fincher, which has become a small sensation in itself. And we also got to see The Meyerowitz Stories (New and Selected) in October, thanks to Netflix's policy of bringing Cannes films earlier than anyone else.

November is looking to be a promising albeit light month for Netflix subscribers, and there's something for everyone. There's a new Marvel show in The Punisher, which arrives on November 17 after being pushed from its original October airing owing to the Las Vegas mass shooting. Fans of Margaret Atwood will be delighted to know her 1996 book Alias Grace is getting a TV adaptation on November 3.

If you're an avid viewer of stand-up comedy content, November will give you hour-long shows from DeRay Davis and Brian Regan. Your children can choose from Beat Bugs: All Together Now, Dinotrux Supercharged, Glitter Force Doki Doki, Project Mc2, and Stretch Armstrong & the Flex Fighters.

With that, here are our four picks for November 2017 that you should watch out for, and the full list of movies and TV shows coming to Netflix India after that.

Alias Grace: Season 1 / November 3
Based on Margaret Atwood's 1996 novel of the same name – as we said above – Alias Grace is the second big Atwood adaptation this year, after the Emmy-winning The Handmaid's Tale on Hulu. Loosely based on real events, the author constructed her own narrative around a double murder, which follows a psychiatrist studying a "celebrated murderess". The show has earned decent early reviews.

Marvel's The Punisher: Season 1 / November 17
Thanks to the great reception in Daredevil season two, Jon Bernthal's Frank Castle is getting his solo series, which further explores his military background while charting the consequences of going after the ones that killed his family, which balloons into a government conspiracy, swallowing him and the people around him into a chaos of death and destruction. As usual, a total of 13 episodes.

Godless / November 22
In the American Wild West of 1880s, Frank Griffin (Jeff Daniels) and his gang of outlaws are chasing his former partner turned enemy Roy Goode (Jack O'Connell), who has taken refuge in an isolated mining town of La Belle, New Mexico, which is governed by a bunch of women, led by accustomed widower Alice Fletcher (Michelle Dockery). The seven-part miniseries has been co-created by Steven Soderbergh (Ocean's Trilogy) and Scott Frank.

Mudbound / November 17
Carey Mulligan (An Education), Jason Clarke (Brotherhood) and Jonathan Banks (Breaking Bad) star in director Dee Rees' period drama set in rural Mississippi, where two brothers return home from World War II and struggle with racism and PTSD. Based on the novel of the same name by Hillary Jordan, Mudbound premiered at Sundance earlier in the year and has been well-received by most critics.

November 1
A Street Cat Named Bob
Abnormal Summit: 2017
Ace Ventura: When Nature Calls
Bleed for This
Bruno and Boots: This Can't Be Happening at Macdonald Hall
Chef & My Fridge: 2017
Dharm
Emi
Georgia Rule
Golden Time
Green Dragon
Greenleaf: Season 2
Killer Women with Piers Morgan: Series 2
Major League 3: Back to the Minors
Men on a Mission: 2017
Method: Season 1
Mirror Game: Ab Khel Shuru
Mission Istaanbul: Darr Ke Aagey Jeet Hai
Moor
Once Upon a Time in Venice
One for the Money
One Heart: The AR Rahman Concert Film
Pettersson And Findus 2
Plan de Fuga
Renegades
Romeo is Bleeding
Roots
Sameer
The Art of War
The Awakening
The Bittersweet
The Caveman's Valentine
The Code: Season 2
The Confession
The Family Court: Season 1
The Golden Path: Season 1
The In Crowd
The Last of the Mohicans
The Little Nyonya: Season 1
The One
The Truth: Season 1
The Wave
Together: Season 1
Tomcats
Under Arrest: Season 7
Undercover Grandpa
Wild Target
xXx
Young Guns II

November 14
DeRay Davis: How To Act Black
In Time

November 23
Religion of Sports: Season 1
She's Gotta Have It: Season 1

November 24
Cuba and the Cameraman
Frontier: Season 2
the girl from the song
The Many Faces of Ito: Season 1
Paranormal Activity: The Ghost Dimension
Trailer Park Boys: Out of the Park: USA: Season 1

Netflix Suspends House of Cards Production Amid Spacey Allegations
WhatsApp Delete for Everyone Feature Is Here, Here's How to Get Started