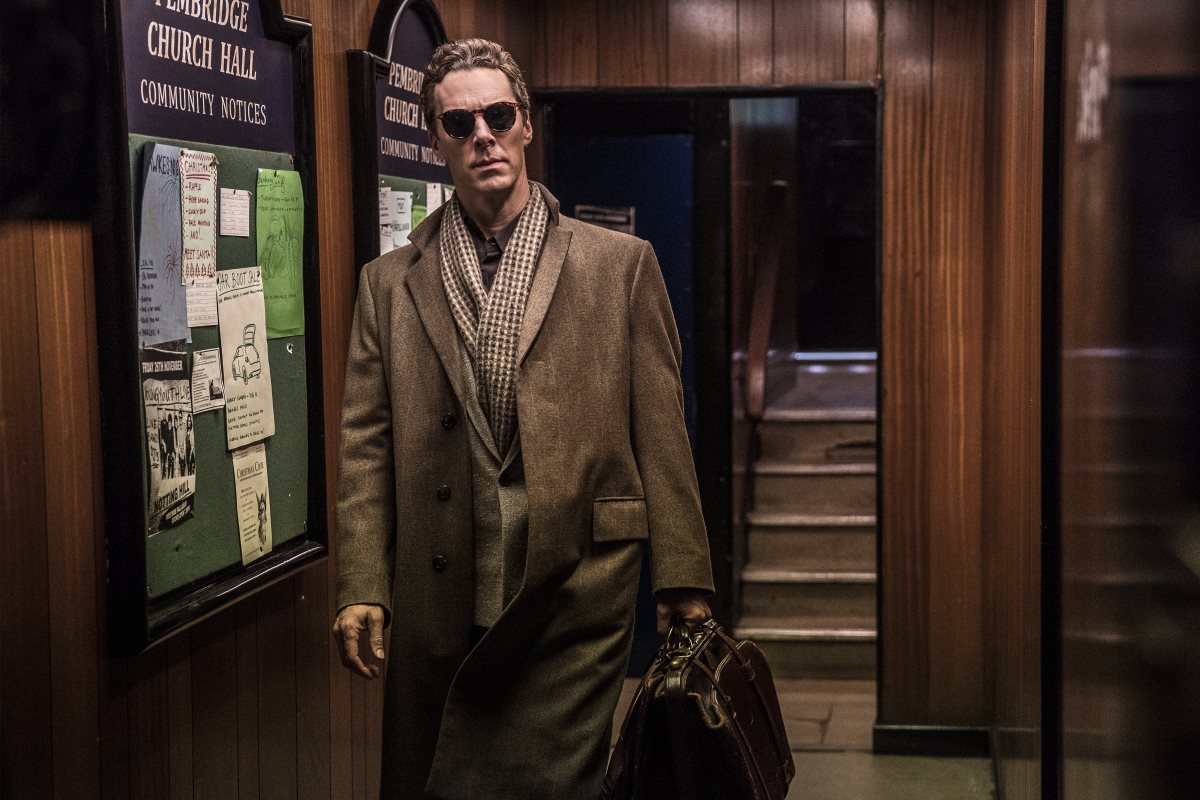 Over the weekend, Avengers: Infinity War hit $1 billion in ticket sales worldwide, becoming the fastest film to hit that milestone in just 11 days. The latest Marvel team-up is also the highest-grossing Hollywood film of all-time in India, besting The Jungle Book.

On Tuesday, Netflix gave us a full-length trailer for Luke Cage season 2, which arrives June 22. Later that day, Warner Bros. revealed that Robert Downey Jr. and Jude Law would return for Sherlock Holmes 3, and provided a release date: Christmas Day 2020.

On Wednesday, The Hollywood Reporter brought word that Captain Marvel had added Annette Bening to its impressive ensemble cast, with a Variety reporter claiming that she’d be playing Carol Danvers’ (Brie Larson) mother. On Thursday, we got the first trailer for Shane Black’s sci-fi action horror The Predator, which will be fourth entry in the Predator series. It’s out September 14.

Later that day, a behind-the-scenes WSJ report on Solo: A Star Wars Story revealed that director Ron Howard’s work makes up 70 percent of the finished film, with the other 30 percent from original directors Phil Lord and Christopher Miller, who were fired four months into production. And lastly, Rick and Morty has been renewed for 70 more episodes, which is an unprecedented renewal order in TV history.

TV:
Patrick Melrose
Benedict Cumberbatch returns to TV for a limited time with this five-episode limited series based on the novels by Edward St. Aubyn, which span several decades of the titular playboy's life that included physical abuse from his father (Hugo Weaving), a mother (Jennifer Jason Leigh) who did nothing to stop it, in addition to alcoholism, drug addiction, recovery, marriage, and fatherhood.

Patrick Melrose has been written and directed in entirety by English novelist David Nicholls (Bridget Jones’s Baby) and German director Edward Berger, respectively. The miniseries – which will air on Showtime in the US (possibly Hotstar in India thanks to the deal with CBS), and Sky Atlantic in the UK – also stars Allison Williams (Girls), Blythe Danner (Meet the Parents), Indira Varma (Game of Thrones), and Jessica Raine (Call the Midwife).

Critics have received it favourably. The Atlantic’s Sophie Gilbert called it “darkly entertaining” and “the most remarkably faithful adaptation of a series of books in recent memory, capturing the tone and the aesthetic of the Melrose novels without sacrificing cohesion”, while Variety’s Jacqueline Cutler said that although the show varies heavily in tone, “Cumberbatch is riveting”.

Movies:
Raazi
Based on former Indian Navy officer Hirander S. Sikka’s novel, Calling Sehmat, which was inspired by real events, Raazi follows a young Kashmiri woman named Sehmat Khan (Alia Bhatt) who agrees to step into her spy father’s shoes in accordance with his last wishes, and marries a Pakistani military officer (Vicky Kaushal) during the Indo-Pakistani War of 1971.

Directed and co-written by Meghna Gulzar – whose previous feature was 2015’s critically-acclaimed Talvar, based on the true story 2008's Aarushi Talwar double-murder case – Raazi explores Sehmat having to balance her arranged marriage and coming to grips with the spy business, while maintaining the dual cover and passing information that could swing the war.

The film has been well-received by most critics, with praise directed towards Bhatt’s work and a script that rarely goes overboard, though some found its spy work improbable. Firstpost’s Anna MM Vetticad called it “a poignant story of human relations”, and Indian Express’ Shalini Langer said “a film like Raazi needs to be made […] when hate and anger are the currency of the subcontinent”.

How to access: Out in cinema halls
Time commitment: 2 hours and 18 minutes

Blade Runner 2049
Thirty-five years after Ridley Scott gave us the now-iconic sci-fi original, Denis Villeneuve – the director of films such as Arrival and Sicario – gives us the sequel, Blade Runner 2049, which is set three decades after the events of the original. The setting is still a dystopian version of futuristic Los Angeles, with humans living alongside shiny new replicants.

Ryan Gosling's Officer K is a new replicant, and he's a blade runner in the LAPD, just as Harrison Ford's Rick Deckard was in the original. On a mission to 'retire' one of the old replicant models, K makes a discovery that has the potential to plunge society into chaos if it should go public. That discovery puts K on a path to find Deckard, who has been assumed dead for 30 years.

The cast also includes Robin Wright, Jared Leto, Ana de Armas, Sylvia Hoeks, Barkhad Abdi, and Dave Bautista. Blade Runner 2049 isn't quite successful in building a cohesive story, but it's a visual feast and a unique experience of the kind that isn't allowed to be made very often in today's studio-controlled system.

Other mentions:
Ahead of its Blu-ray release later this month, Black Panther is now available for digital purchase on Google Play Movies and YouTube in India. Oscar-winning The Shape of Water and Three Billboards Outside Ebbing, Missouri are now also available on both platforms, while the former is also on iTunes in India.

Over in the streaming department, Netflix added the original animated 1991 film Beauty and the Beast, and the critically-acclaimed psychological horror 10 Cloverfield Lane. Check our monthly guide for more options.

Ai Weiwei’s latest work, Human Flow, a documentary that looks at the staggering scale and profound human impact of the current worldwide refugee crisis, is now available on home media and digitally. It was filmed across 23 countries including Afghanistan, Bangladesh, Iraq and Turkey, and uses a variety of camera technologies to follow people as they search for a new home.

Video games:
Pillars of Eternity II: Deadfire
After a successful crowdfunding campaign early last year, Obsidian Entertainment is back with a sequel for its Baldur’s Gate-inspired 2015 fantasy role-playing game Pillars of Eternity, played from an isometric perspective. It takes place five years after the events of the first game, with the god of light and rebirth Eothas awakening and destroying the player stronghold, Caed Nua.

With help from god of death Berath, you’ll get to captain your ship and arrive on Deadfire Archipelago, where you must find answers to stop Eothas. If you played the original, your actions and decisions in that game will influence the gameplay and storyline of the sequel. And unlike the first game, you get a customisable boat stronghold, and the ability to hire crew for the ship.

Deadfire has gotten stellar reviews, with praise directed towards the story, combat, and character progression. IGN’s DM Schmeyer said it “improves upon the Pillars of Eternity formula in nearly every way, while The Guardian’s Jonathan Allford said it’s “as fun as the original but easier to understand”, though it’s a massive time commitment.

How to access: Steam for Windows, macOS, and Linux
Time commitment: Over 40 hours

Music:
Beyondless by Iceage
When they first formed a decade ago, the average age between the four Danish friends was just 17. After two abrasive, hard-hitting albums that got them some success, the punk rock quartet charted a new creative path with their third album in 2014, bringing in horns, keyboards and acoustic guitars while retaining their darker edge.

After a gap of four years, Iceage is back with their fourth album in seven years, Beyondless, which features a guest appearance from Sky Ferreira and was produced by Nis Bysted. Critics have given it the thumbs-up. Writing for Pitchfork, Jenn Pelly called it “astonishing” and said the band “reach for pop-gothic grandeur with more tenacity and abandon than ever”.

AllMusic’s Liam Martin said the new album is “a study in sonic evolution” and added: “They're a band who refuse to stop moving and exploring their sound, emerging every time with a more refined approach to the music. That they can achieve this with integrity should be celebrated, except maybe this time with a bottle of red wine instead of cheap beer.”