Paddington 2, The Post, Electric Dreams, and More – The Weekend Chill 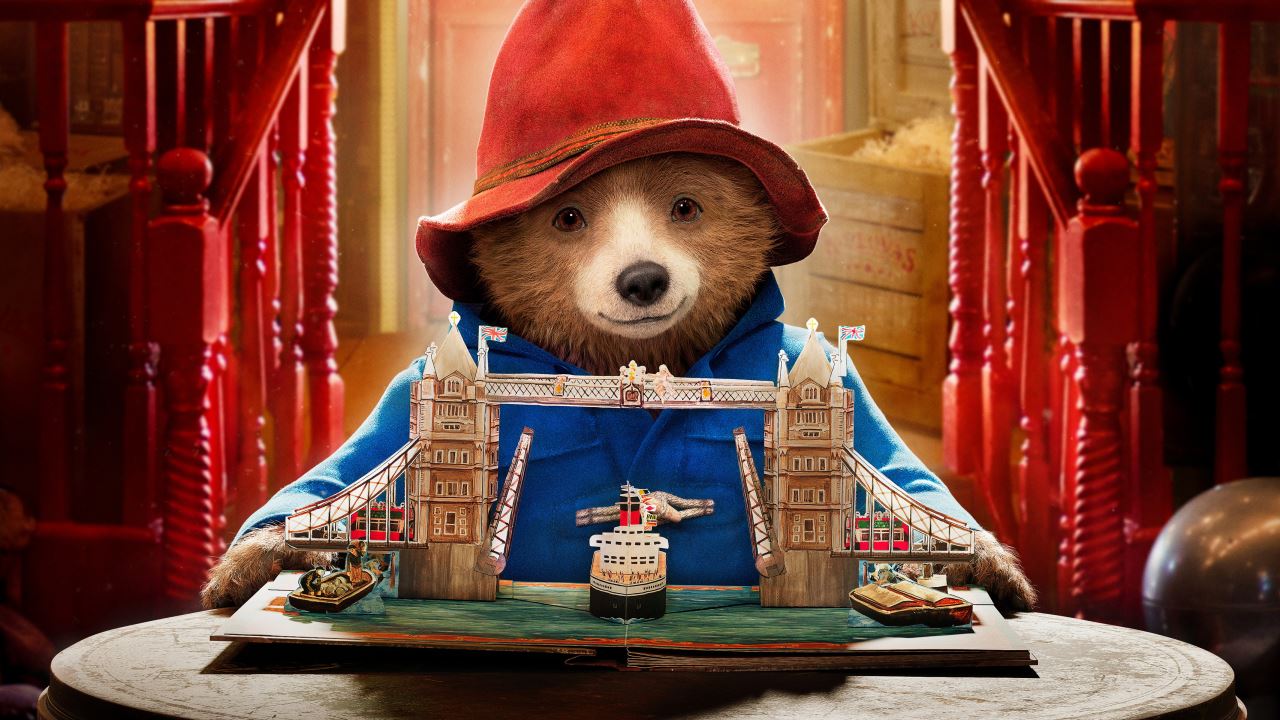 On Tuesday, a report from Collider claimed that Deadpool director Tim Miller is developing a standalone movie for X-Men teammate Kitty Pryde/ Shadowcat. The character was played by Ellen Page in X-Men: The Last Stand, and returned in X-Men: Days of Future Past.

We got the first trailer for Krypton, the prequel series set on Superman’s planet 200 years before his birth, later that day. It looks great, and features some intense music, so it’ll hopefully deliver on the story front when it premieres March 21 on Syfy.

Wednesday brought the first trailer for Silicon Valley season 5, with Pied Piper once again a big company, and Richard Hendricks at the helm. The HBO show arrives March 26 on Hotstar in India.

Meanwhile, Marvel has hired a screenwriter – Jac Schaeffer – to pen the script for a standalone Black Widow movie. The film has long been talked about, but this is the first real bit of progress.

On Thursday, Fox moved around the release dates for its X-Men films. Deadpool 2 will arrive two weeks earlier on May 18, The New Mutants has been pushed back 10 months to February 22, 2019, and Gambit – which lost another director in Gore Verbinski – has been slated for June 7, 2019.

Netflix released a full-length trailer for its expensive new sci-fi series, Altered Carbon, on Thursday as well. It’s quite heavy on the action, and the visuals continue to evoke Blade Runner. Altered Carbon season 1 is out February 2.

TV:
Philip K. Dick’s Electric Dreams
Philip K. Dick – the author whose work has been made into films such as Blade Runner, and Minority Report – was a prolific writer, and his short stories are the basis of a new sci-fi anthology series that’s coming to Amazon Prime Video globally after airing a few episodes in the UK last year on Channel 4.

The ‘anthology sci-fi’ label and the Channel 4 home have attracted comparisons to Black Mirror, which got its start on the British network before jumping to Netflix in 2016. Electric Dreams has cobbled an impressive cast, with the likes of Bryan Cranston, Steve Buscemi, Anna Paquin, Richard Madde, Janelle Monae, and Timothy Spall.

Unlike Black Mirror, Electric Dreams is more futuristic with its settings, set anywhere between five to 5000 years in the future. But the themes it explores are timeless: what it means to be human, corporatisation, reality, and government overreach. The 10 episodes are a bit hit and miss, with “The Commuter” being the highlight for us.

David Bowie: The Last Five Years
Two years after his death, a new HBO documentary shines a light on David Bowie’s final years, which saw the acclaimed singer-songwriter end a decade of non-activity to embark on frantic production, with two groundbreaking albums – The Next Day (2013), and Blackstar (2016) – and a Broadway musical, Lazarus.

The documentary – directed by Francis Whately – includes archival clips, music videos, and interviews with friends and collaborators who worked on his final two albums. It aired on HBO in the US earlier this week, with both critics and viewers agreeing it gets better towards the end.

“There are many odd delights: goofy tour-stop footage, behind the scenes glimpses of videos in production, a good taste of 'Lazarus' in rehearsal on stage, tales of genial collaboration, and lots of music,” LA Times’ Robert Lloyd said in his review.

How to access: HBO
Time commitment: 1 hour and 34 minutes

Movies:
Paddington 2
The sequel to the 2014 CGI-bear hit finds the titular bear now happily settled with the Brown family, and popular among the local community. In order to purchase a unique pop-up book of London for his Aunt Lucy’s 100th birthday, he performs several odd jobs and saves his wages, but the book is stolen and Paddington is falsely accused of the crime.

Now it’s up to the Browns and Paddington to find out the real thief, who’s played by new cast member Hugh Grant. Returning cast members include Hugh Bonneville and Sally Hawkins as the Brown elders, and Ben Whishaw as the voice of Paddington, alongside Julie Walters, Jim Broadbent, and Peter Capaldi. Paul King returns in the role of writer and director.

Nominated for three BAFTAs and having already grossed $133 million since its UK release, Paddington 2 has been universally praised by critics. Wall Street Journal’s Joe Morgenstern called the film “The Godfather Part II of Peruvian bear movies, a sequel that surpasses the superb original”, while The New Yorker’s Anthony Lane liked how gags “planted early in the film wait for more than an hour before they bloom”.

How to access: Out in cinema halls
Time commitment: 1 hour and 43 minutes

The Post
The Post – set in the early 1970s – marks the first time Meryl Streep, Tom Hanks and Steven Spielberg have collaborated on a project. It looks at the unlikely partnership between The Washington Post’s publisher (Streep) and editor (Hanks) as they expose a massive cover-up of government secrets that spanned four US Presidents.

That cover-up is now known as the Pentagon Papers, which revealed that the US had secretly expanded its Vietnam War actions without informing the public or the Congress. The film’s cast also includes Alison Brie, Bob Odenkirk, Carrie Coon, David Cross, Jesse Plemons, Matthew Rhys, Sarah Paulson, and Zach Woods.

The Post has been named as one of the best films of 2017 by various publications and film organisations, praising the work of Streep, Hanks, and Odenkirk, and noting its comparisons of the Nixon and Trump administrations.

Downsizing
Matt Damon willingly shrinks himself in this new sci-fi-tinged comedy-drama from dark humour expert Alexander Payne, director of films such as Election (1999), Sideways (2004), and Nebraska (2013). By doing so, Damon’s character can increase the value of his assets and money – things are naturally cheaper when reduced in size – and lead a better life.

But after his wife (Kristen Wiig) refuses as the last minute, he must reflect on his life choices after befriending an impoverished Vietnamese activist (Hong Chau), who has been shrunk against her will by her government. The film also stars Christoph Waltz, Jason Sudeikis, Laura Dern, Margo Martindale, and Neil Patrick Harris.

Downsizing has been praised for its premise and cast, but critics felt it failed to deliver on the ideas it presents. The New York Times’ A.O. Scott called it “an ambitious movie about the value of modesty, and its faults are proportionate to its insights”, while The Atlantic’s David Sims concluded: “If Payne had landed the mix of genres, Downsizing could have been a masterpiece. Spoiler: He does not.”

How to access: Out in cinema halls
Time commitment: 2 hours and 15 minutes

Other mentions:
If you’re looking for more streaming choices, the first episode of David Letterman’s new talk show, My Next Guest Needs No Introduction, with Barack Obama, is out Friday on Netflix. Check out our January guide for what’s to come.

For those looking for even more new TV, the third season of The Magicians began earlier this week on Syfy.

On the home media front, the hit adaptation of Stephen King’s novel It is now available on Blu-ray, Google Play Movies, and iTunes.

Brigsby Bear, about a man (Kyle Mooney) obsessed with a children’s television programme, has popped up on rental and purchase on Google Play Movies in India.