Oscars 2018: A Guide to Best Picture Nominees (and Where to Watch Them Online) 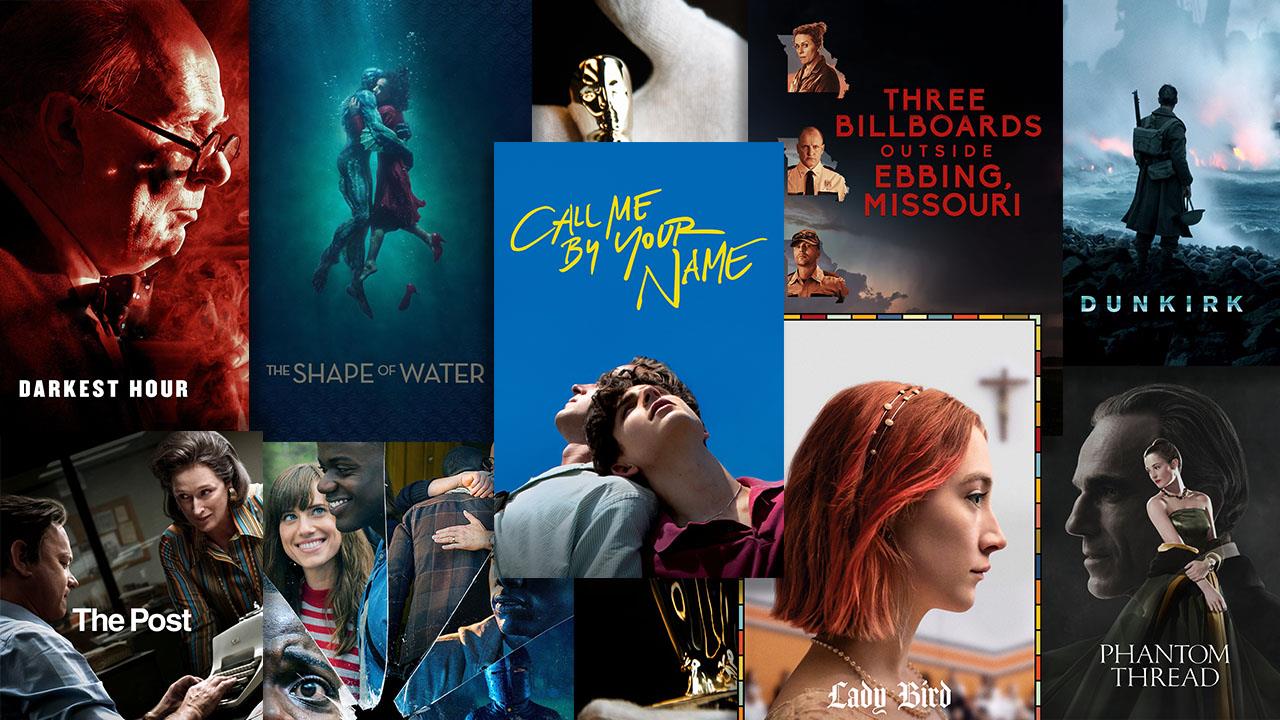 With less than a week left for Oscars 2018 – or formally, the 90th Academy Awards – on March 4, there's no better time than now to catch up on all the Best Picture nominees. This year, the race for the top prize is tougher than ever, which has been evident from how the awards season has progressed. Three Billboards Outside Ebbing, Missouri and Lady Bird won the two big awards at the Golden Globes, but the former came out on top at the BAFTAs, the British version of the Oscars.

The Shape of Water has momentum of its own, what with the most number of nominations at the 2018 Oscars (13), in addition to picking up multiple guild awards. And that's just three of the total nine Best Picture nominees, which include the likes of blockbuster hit Dunkirk, cultural-phenomenon Get Out, and The Post, featuring big hitters such as Steven Spielberg, Meryl Streep, and Tom Hanks.

While most films have gotten a release in India – the exceptions are Call Me by Your Name (it screened during the 2017 Mumbai Film Festival), and Get Out – living here does mean waiting till the very end to catch everything. Lady Bird releases in India on March 2, just two days before the Oscars. In the pursuit of helping you check all nine boxes before the ceremony this Sunday, we have a handy guide to the nominees.

How to Watch Oscars 2018, and All Your Other Questions Answered

While some movies are only available to watch at home, others are playing in theatres and also up for purchase online. We suggest you check local listings before opting for the couch.

What it's about: Christopher Nolan's first war film eschewed traditional war-film techniques for a mostly non-verbal storytelling method, one that combined the visceral nature of IMAX with Hans Zimmer's chilling score to depict World War II in all its confusion, mayhem, and terror. Set in the same period as Darkest Hour, it follows the evacuation of Allied troops from the beaches of Dunkirk, cutting across three different timelines: land, air, and sea.

How to watch: Amazon US, Amazon Video US, Google Play IN, Hungama, iTunes IN, Vudu, or YouTube US

Call Me by Your Name

What it's about: Set in 1983 northern Italy, a 17-year-old bibliophilic boy (Timothée Chalamet) and a 24-year-old graduate student (Armie Hammer), who's visiting the former's parents' home as an intern over the summer, slowly discover the two have feelings for each other. What proceeds is a sensual, heartfelt, and memorable tale about first love, powered by terrific acting from its two male leads.

How to watch: Amazon Video US, Google Play US, iTunes US, Vudu, or YouTube US

What it's about: Winston Churchill (Gary Oldman) is a newly-minted Prime Minister as the UK enters its darkest hour in World War II, with the successes of Nazi Germany prompting government officials to think about opting for a peace treaty with Hitler. Churchill becomes a lone voice of dissent, and with advice from his wife and secretary, he makes important decisions over a four-week period that helped shape Europe's future.

What it's about: A black man (Daniel Kaluuya) makes some disturbing discoveries during a weekend getaway at her white girlfriend's (Allison Williams) parents' home, which turns out to be more sinister than he could've imagined. Debutant director Jordan Peele used the horror premise to superb, harrowing effect, making pointed remarks about white liberalism and the continued repression of the African-American community.

What it's about: A coming-of-age story that explores the turbulent relationship between a daughter (Saoirse Ronan) and a fierce mother (Laurie Metcalf) during the former's last year in Sacramento high school, as she fights to enrol herself in a prestigious East Coast college while figuring out the kind of person she is, through various friendships and (short) relationships. One of the best films about teen years, and a terrific debut for writer-director Greta Gerwig.

How to watch: Amazon Video US, Google Play US, iTunes US, Microsoft Store US, Vudu, or YouTube US

What it's about: Set in London's 50s couture world, a renowned dressmaker (Daniel Day-Lewis) falls in love with a young waitress (Vicky Krieps). The problem is that he's controlling, ill-tempered and full of himself, and prefers women to be a passing influence on his life, but the strong-willed woman figures out a way to root out the toxic masculinity, and endear herself to him.

How to watch: Check your local cinema listings

What it's about: Conceived in under a year, Steven Spielberg turns his lens onto the Pentagon Papers scandal of the early seventies, looking at it from the viewpoint of The Washington Post's publisher Katharine Graham (Meryl Streep), who learns to juggle the financial and journalistic responsibilities of her role while getting undermined by the men around her. The Post benefited from a terrific cast, including Tom Hanks, Bob Odenkirk, Tracy Letts, Bradley Whitford, Sarah Paulson, and Matthew Rhys.

The Shape of Water

What it's about: A mute janitor (Sally Hawkins) who works at a high-security government facility falls in love with a scaled creature captured in South America (Doug Jones, via mo-cap) in this wonderful tale from Guillermo del Toro (Pan's Labyrinth), which boasts of an enchanting score from Alexandre Desplat, and gorgeous video work from Dan Laustsen. Sweet, funny, thrilling, and exciting in equal parts.

How to watch: Amazon Video US, Google Play US, iTunes US, Vudu, or YouTube US

What it's about: Angry over the lack of progress in her daughter's murder case, a mother (Frances McDormand) rents out three abandoned billboards leading into her town, accusing the police of failure. Despite the heaviness of its premise, writer-directed Martin McDonagh crafts a black comedy that's really funny, impactful, and filled with characters that don't fit into any tropes, bolstered by three superb performances.