Orange is the New Black, GLOW, Okja, and More on Netflix in June 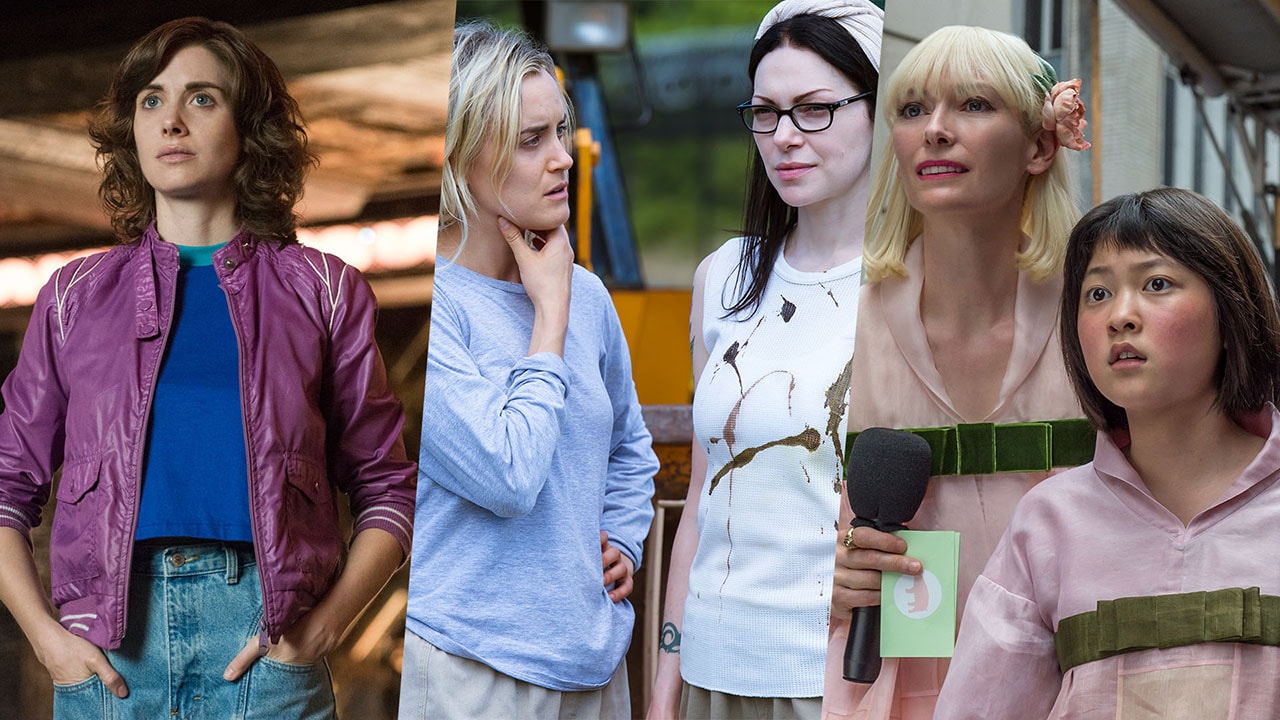 While there were many big names, May ultimately turned out to bumpy in terms of quality for Netflix. Aziz Ansari’s return to Master of None after an 18-month wait gave us a second season that was much braver and broader in scope than the first, while the Brad Pitt-starrer war satire War Machine failed to light up with most critics. In between, The Keepers was a haunting and horrifying look at the unsolved murder of a nun, with House of Cards’ season five rounding out the month in less than stellar fashion.

Netflix is keeping up its commitment to film in June, with at least three scheduled releases. The highlight, of course, is Snowpiercer director Bong Joon-ho’s action-adventure Okja, which premiered at Cannes Film Festival at the tail end of May. Alongside Tilda Swinton, Paul Dano, and Jake Gyllenhaal, it stars Korean child actor Ahn Seo-hyun, who befriends a hippopotamus-like animal called Okja and fights a powerful, multi-national company trying to kidnap it.

Before that, there’s darkly comic crime thriller Shimmer Lake, starring Benjamin Walker, Wyatt Russell, and Rainn Wilson among others, which follows a local sheriff hunting three bank robbers, one of them being his brother. The film takes place in reverse time. The last of the three is You Get Me, starring Bella Thorne, Halston Sage, and Taylor John Smith, where Tyler (Smith) is pursued by his one-night fling Holly (Thorne) after getting back with his girlfriend Ali (Sage).

If you’re looking for original TV, the biggest new release will be comedy-drama GLOW, set in the women’s professional wrestling circuit in the 80s, called the Gorgeous Ladies of Wrestling (GLOW). It stars Community’s Alison Brie as an out-of-work actress who gets an invite to shoot a weekly promotion series about female wrestlers. Orange is the New Black’s Carly Mensch is a co-creator, while Jenji Kohan and Tara Herrmann are executive producers.

Speaking of Orange is the New Black, the show’s fifth season will air in June, whose ten episodes leaked last month after a group hacked into a post-production studio. In a format twist, the entire season’s story will take place over just three days, revolving around a prison-wide riot. June will also see the return of Will Arnett co-created-and-starrer dry comedy Flaked, which finds him going deeper into his web of lies.

Netflix’s investment in stand-up comedy specials continues with Oh, Hello on Broadway, a recorded version of the hit Broadway show from Nick Kroll and John Mulaney; and an hour-long special from Chris D’Elia (Whitney, Undateable).

With that, here are our four picks for June 2017 that you should watch out for, and the full list of movies and TV shows coming to Netflix India after that.

Batman Begins (2005) / June 1
Despite the onslaught of superhero films today, Christopher Nolan’s Dark Knight trilogy remains a defining chapter. It kicked off in fantastic fashion with its origin tale, that set up Christian Bale’s take on Batman, alongside Gary Oldman as Commissioner Gordon, and Liam Neeson as Ra's al Ghul. It may get slightly overlooked due to 2008’s stellar The Dark Knight, but Batman Begins is worthy of every bit of praise it receives.

Okja / June 28
After 2006’s The Host and 2013’s Snowpiercer, Korean director Bong Joon-ho returns with another sci-fi film carrying a purpose, delivering an anti-corporate message with Okja, a tale about a mutant pig and the girl who loves her. Critics who saw the film at Cannes praised it for its combination of dark comedy and environmentalist message, all stemming from the simple man and animal bond.

Orange is the New Black: Season 5 / June 9
The four-season run of Jenji Kohan’s women prison drama has benefited massively from the smart use of its ensemble cast, which has allowed the show to quickly grow beyond its dull protagonist, Piper Chapman (Taylor Schilling). While some have left the show as their profiles have risen, Orange is the New Black is still an intelligent and engaging series, as evinced by the format twist.

Bates Motel: Season 4 / June 25
Starring Vera Farmiga as mother to Norman Bates, the show has done a consistently good job of designing a contemporary prequel to Alfred Hitchcock’s famed Pyscho, showing us how his mental illness deteriorated through his teenage years, and how he came to form an intricate relationship with his mother, that bordered on pathological in the famous film.