Star Trek: Discovery, Comedians in Cars Getting Coffee, One Day at a Time, and More on Netflix in January 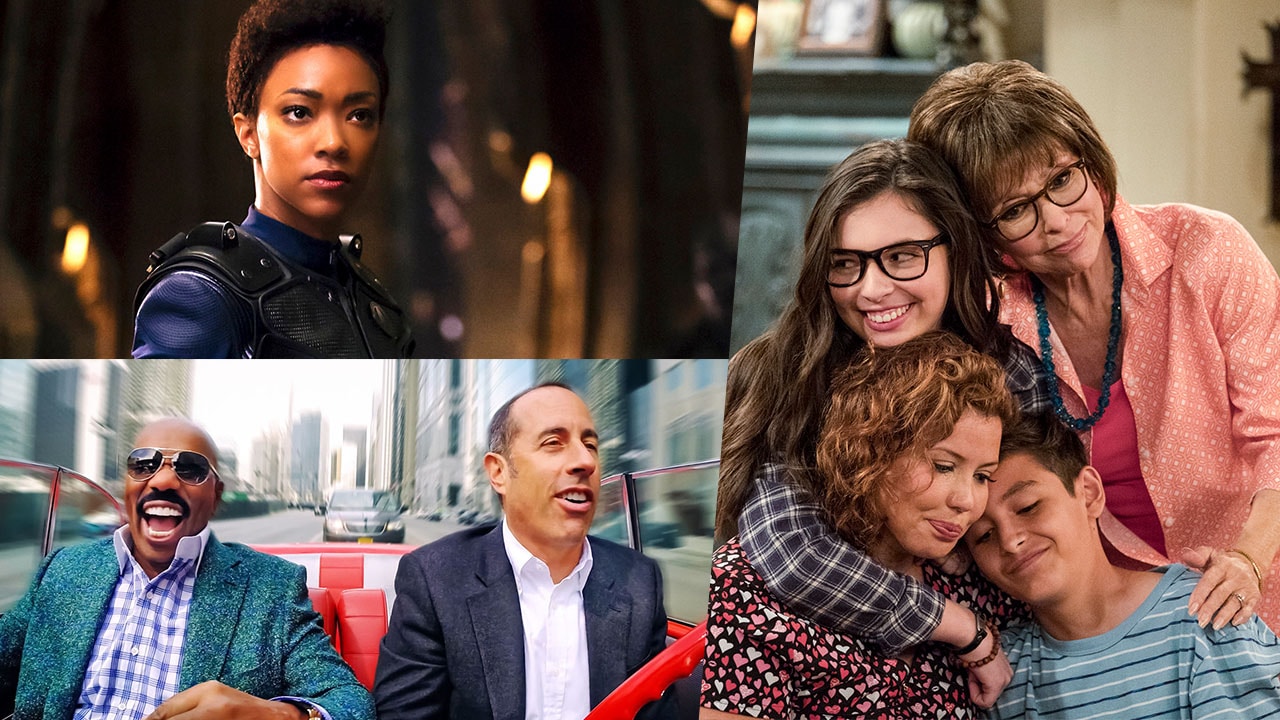 (Clockwise from right) One Day at a Time, Comedians in Cars Getting Coffee, and Star Trek: Discovery

Netflix ended 2017 on a good note, with some well-made shows countering the blight of Bright. The second season of British royal drama The Crown, the fourth instalment in the sci-fi anthology series Black Mirror, and Errol Morris' documentary miniseries Wormwood contributed to the highs, giving subscribers enough to binge-watch right across the new year.

The start of 2018 appears less promising on the surface, though there's no shortage of content. New Year's Day 2018 brings the French thriller The Frozen Dead along with a third season of British sitcom Lovesick. Jerry Seinfeld takes a new season of his on-the-go talk show Comedians in Cars Getting Coffee to Netflix on January 5, as part of the deal he signed last year. Dirk Gently's Holistic Detective Agency season two will arrive on the same day.

Those will be followed by the return of Star Trek: Discovery after its mid-season hiatus, with weekly episodes resuming from January 8. Kathy Bates' poorly received marijuana comedy Disjointed gets a Part 2 on January 12, plus the fourth season of Grace and Frankie, the second season of Van Helsing, and another crime drama, Drug Lords premieres on January 19. Meanwhile, the successful reboot of One Day at a Time enters its second year on January 26.

On the film front, there are just four originals: Jack Black as a Pennsylvania Polka sensation who got his fans into a Ponzi scheme, in The Polka King; and the disappointing Resse Witherspoon-starrer comedy Home Again on January 12; followed by haunted house horror-thriller The Open House on January 19, and biography of National Lampoon magazine in A Futile and Stupid Gesture, out January 26.

With that, here are our four picks for January 2018 that you should watch out for, and the full list of movies and TV shows coming to Netflix India after that.

Dirty Money / January 26
Oscar-winner Alex Gibney turns his documentarian lens onto corruption and scandals in the world of business, using first-hand accounts from perpetrators and their victims, in combination with rarely-seen video footage to enlighten viewers and tap into public scepticism and outrage. The six episodes will look at Volkswagen's emissions scandal, Donald Trump's business empire, HSBC's money laundering operations, and a $20-million worth maple syrup heist in Canada among others.

One Day at a Time: Season 2 / January 26
Netflix's reimagining of Norman Lear's successful 1975-84 sitcom turned out to be a multi-layered portrayal of a Cuban-American family, following three generations living under the same roof: a newly divorced Army Nursing Corps veteran, her teenage daughter and tween son, and their old-school colourful grandmother (Rita Moreno). It tackled motherhood, sexuality and veteran rights in meaningful ways, and hence there are high expectations from the show's second season.

Sherlock: Season 4 (2017) / January 8
Everyone's favourite detective, played by Benedict Cumberbatch in this popular BBC series, turned out for three new episodes last year, tackling cases and problems that were more personal to him than ever. The fourth season had its share of problems, but it's still one of the most interesting shows when it's operating at full steam. If you didn't catch it on TV when it aired, it's a lot easier to do so now. There have been rumblings about a fifth series, but it seems unlikely given everyone's other commitments.

Ask the Sexpert (2017) / New Year’s Day 2018
The 93-year-old sexologist Dr. Mahinder Watsa and his newspaper titular advice column is the subject of this documentary that looks at the appalling standards of sex education in India, and the regressive and oppressive practices of those who consider the topic taboo and have successfully pushed the topic from schools in multiple states. Watsa's wit in replying to his readers' questions has contributed in breaking down barriers, and it's his perseverance and attitude that we all need to modernise our society. It's arriving on Netflix after spending months touring film festivals.

January 15
Manolo: The Boy Who Made Shoes for Lizards
Rip Tide