Netflix Wants to Be Everyone's Friend on Twitter. The Feeling Isn't Always Mutual. 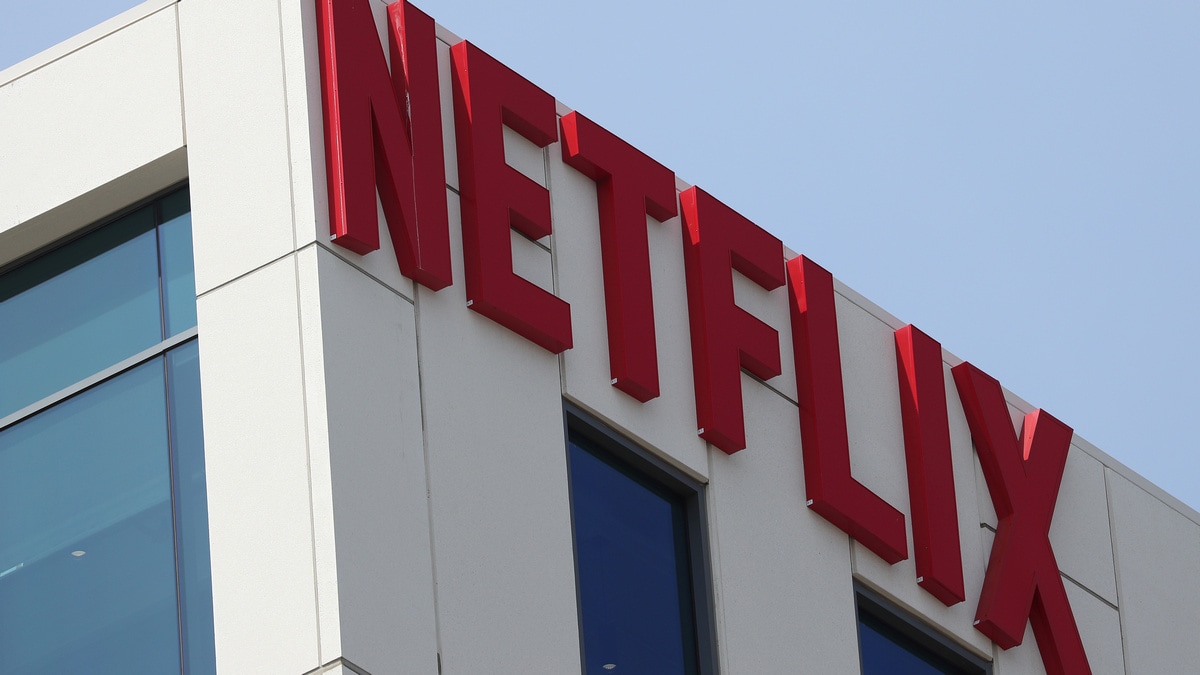 While scrolling through Twitter, you come across yet another thirsty tweet about Noah Centineo, a young actor who assumed the Internet Boyfriend mantle after starring in the romantic comedy "To All the Boys I've Loved Before" last summer. "who is this charlie??? i thought noah was MY angel?!?" it reads, a quote-tweet of his Charlie's Angels reboot casting news. You make nothing of it, until you scroll back and realize it was tweeted by the official Netflix account - blue check mark and all.

How odd to see a corporation worth billions of dollars behave like a sentient human being, you think to yourself, taking note of the tweet's use of the first person. Or maybe you don't waste any time thinking about it at all. This is just the world we live in now. MoonPie wants to scream into a pillow. SunnyD just can't do this anymore. Burger King sets the existential dread aside and flirtatiously asks if "u up." They want the hearts. They want the retweets. They get both.

But unlike most of its peers, Netflix also uses this familiar tone to address more serious issues - and that's what has previously landed the company in hot water. Consider the apologetic yet self-congratulatory Twitter thread announcing that One Day at a Time had been cancelled, or a more recent thread that implored followers to "stop calling films 'chick flicks' unless the films are literally about small baby chickens." It's tricky business for that familiarity to feel genuine when you're also taking away a beloved source of Latinx representation, or scolding the public for using a term that is still used on the Netflix website itself.

"Brands starting to . . . act as people instead of these faceless brand entities is most definitely an effort to reach young consumers, who want their brands to have some sort of personality," said MaryLeigh Bliss, vice president of content at YPulse, a marketing firm that researches Gen Z and millennial habits. "It's being done across industries to, you know, varying degrees of success."

Netflix tweeting "hello im drunk" last year in response to a Christmas movie tropes drinking game isn't unlike something a millennial would declare to friends in a direct message. The year before, Netflix asked the 53 people who watched the guilty pleasure A Christmas Prince every day for 18 days straight, "Who hurt you?" While many saw this tweet as a startling reminder of the extent to which the streaming service watches its users, others responded with playful retorts: "Why are you calling people out like that," someone said. Netflix, per these replies, is hip with the kids.

After all, YPulse data found that, based on a nationally representative survey of 1,000 people, 60 percent of those between ages 13 and 35 think it's totally fine for media and entertainment companies to use conversational language (e.g. GIFs, slang, emoji) on social media. Netflix in particular is the top-ranked media brand among people between 13 and 39, per YPulse, and the second brand overall, just behind Nike. It's one of the companies to which millennials and zoomers are paying the most attention.

But we shan't forget what Uncle Ben taught us about great power. According to Bliss, a majority of people in this age range believe brands have just as much of a responsibility as regular folks to get involved with social issues. If a brand voices its support for a social cause, she continued, it's expected to make an active effort to further said cause.

Young consumers "want that brand to put money where their mouth is," she said.

Netflix has made strides in championing racial diversity, for instance, through initiatives such as the Strong Black Lead team, which the Hollywood Reporter described last year as "a cross-functional group of employees spearheaded by black executives at Netflix." The team runs a vibrant, funny Twitter account that often uses the first person (and so, so many emoji) to champion black creatives and the work they produce. It works because the streamer acts on what the account promises. The proof is right there.

Those same expectations explain the negative reaction to Netflix's thread announcing the cancellation of One Day at a Time, in which the company applauded itself for airing the show in the first place: "To anyone who felt seen or represented - possibly for the first time - by ODAAT, please don't take this as an indication your story is not important," Netflix tweeted. "The outpouring of love for this show is a firm reminder to us that we must continue finding ways to tell these stories." Some fans wondered why Netflix, which positioned itself as a trusty friend to those seeking on-screen representation through its familiar tweets, would cancel a valuable show it could afford to keep running.

"Young consumers are very savvy, you know?" Bliss said. "They're very quick to let brands or celebrities, whoever they're able to be in touch with immediately, which is everyone, know when they don't like what they see. Whether that tweeted criticism actually connects to their real-life behaviour is another story."

So how much do these words matter? While the youths aren't exactly lining up to cancel their Netflix subscriptions because a tweet angers them, Bliss acknowledged, calling a company out for not keeping its word is an easy way to hold it accountable. Followers can tweet constructive criticism and binge Stranger Things, too.

These tweets don't criticize Netflix for caring about certain issues, but instead target the way it goes about showing that it cares - its corporate social responsibility, or how it uses its vast amount of power to do good. For Netflix, which declined to comment for this story, that often translates to tweeting about it.

"It's a natural step to go from, 'Oh, this vernacular conversation is something that gets us a lot of attention' to 'A lot of people are talking about social issues in this way; let's apply that same practice to these social issues and join the conversation that way, too,'" said Ryan Milner, an associate professor of communication at the College of Charleston.

The problem is when a company's "woke" tweets don't match its business decisions. If the Netflix Twitter account so dislikes the term "chick flicks" - which, as a reply pointed out, was expressed in a way that made followers feel as though they were being "scolded by a subscription service" - shouldn't the Netflix website stop using it, too? Does the company truly care about the gendered implications of who watches romantic comedies, or does it just want to broaden the audience of its next release?

"It's worth mentioning here that performing this wokeness in terms of gender, in terms of race, in terms of sexuality is a way to perform progressive politics without really impugning or undermining the capitalism of it," Milner said. "It's really easy to be very pro-corporate and pro-capitalist but still get your social justice credentials by caring about race and gender and ability representations. . . . It's interesting to look at the social causes that brands do advocate for, and what they don't."

Though the strategy can be slightly riskier for media and entertainment companies - "It's harder for MoonPie to be problematic in terms of gender dynamics or racial dynamics," Milner said - the streamer is nowhere near as defeatist as its orange-drink peer. If Netflix's recent tweets are any indication, all signs point to the company continuing to try to be your socially conscious BFF who just really, really loves the heartthrob of the moment (heart-eye emoji included).