Netflix September 2019 Releases: Bard of Blood, Criminal, Blinded by the Light, and More 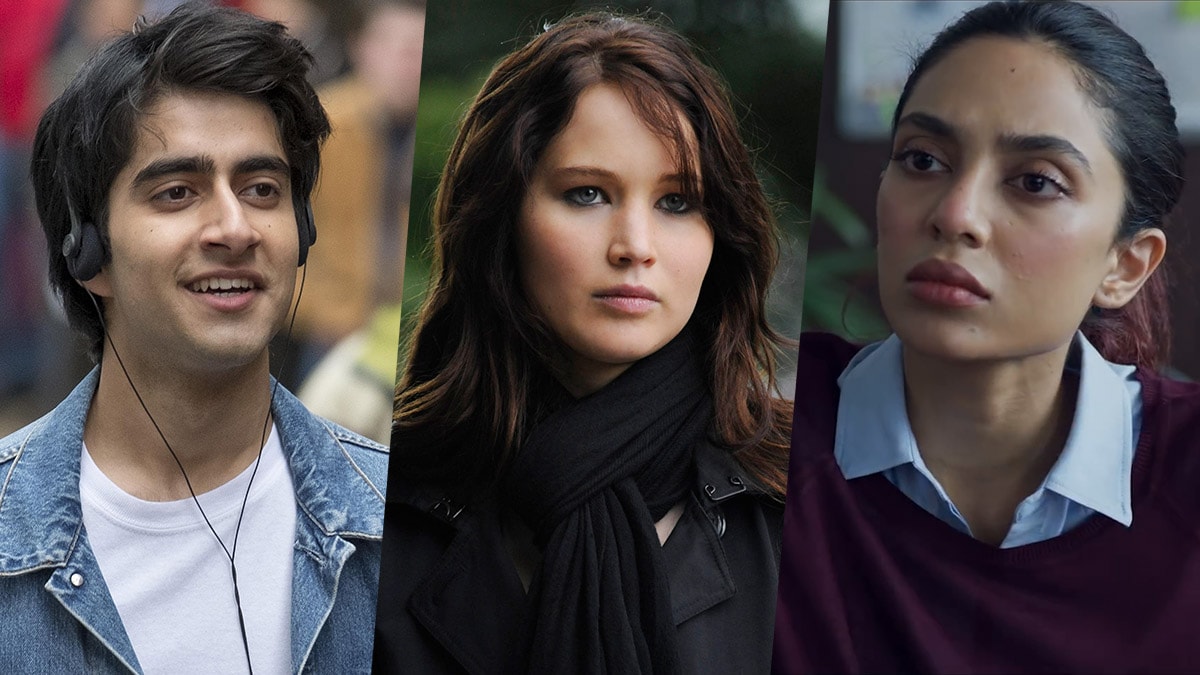 (L-R): Blinded by the Light, Silver Linings Playbook, and Bard of Blood

After Sacred Games 2 in August, Netflix has another high-stakes Indian original thriller in September: Bard of Blood. Produced by Shah Rukh Khan's Red Chillies and starring Emraan Hashmi in the lead, it's out towards the end of the month on September 27. On the same day, prolific TV creator Ryan Murphy's first Netflix series — The Politician — will drop on the streaming service. A week prior to that, Netflix has an experimental police procedural in Criminal, involving the likes of David Tennant and Hayley Atwell, and a feature film-version of Zach Galifianakis' talk show spoof Between Two Ferns, which might include Keanu Reeves, Bradley Cooper, and David Letterman as interviewees.

From Bard of Blood to The Politician: TV Shows to Stream in September

September seems like a promising month for Netflix original documentary series as well, with three returning for a sophomore run. There's Jon Favreau-hosted The Chef Show, a spin-off of his 2014 fiction film in which the Iron Man and The Lion King director essentially hangs out and cooks with his friends. The Chef Show season 2 is out September 13. Then you've season 2 of Abstract: The Art of Design — out September 25 — which focuses on six new designers in the field of architecture, costume design, and typography. That leaves Vox Media's Explained season 2, which brings more celebrities to narrate topics such as billionaire boom, athleisure wear, and lure of cults.

With that, here are our 11 picks for September 2019 that you should watch out for, and the full list of movies and TV shows coming to Netflix India after that.

Emraan Hashmi (Murder), Sobhita Dhulipala (Made in Heaven), and Vineet Kumar Singh (Mukkabaaz) lead the cast of this spy thriller based on Bilal Siddiqi's novel of the same name, in which an ex-communicated RAW agent (Hashmi) teams up with an analyst (Dhulipala) and sleeper agent (Singh) for a tricky rescue mission in Balochistan. The trailer doesn't look promising at all, which means Netflix could be looking at two back-to-back disappointments from India.

Wondering how it's experimental? Well for one, all 12 episodes take place entirely in an interview room. And two, the show is divided into four parts set in four different countries — France, Germany, Spain, and the UK — with different casts, casts, writers, directors, producers, and languages. David Tennant and Hayley Atwell are part of the English section, Oliver Hirschbiegel (Downfall) helms the German bits, and Frederic Mermoud (The Returned) oversees the French episodes.

Blinded by the Light / September 6

The latest film from Bend It Like Beckham's Gurinder Chadha is based on British journalist Sarfraz Manzoor's memoir and is about a British-Pakistani Muslim teenager whose restricted and traditional life in late 1980s small-town England is changed after he discovers the music of rock n' roll boss Bruce Springsteen. Received a lot of critical praise after its Sundance debut in January, and though Warner Bros. had theatrical rights elsewhere, it's coming straight to Netflix in India.

Jake Gyllenhaal, Mark Ruffalo, and Robert Downey Jr. are involved in the (failed) manhunt for the Zodiac Killer — a serial killer whose crimes remain unsolved — in this true crime thriller from Fight Club director David Fincher. Set between 1969 and 1983, it follows a San Francisco cartoonist (Gyllenhaal) and a journalist (Downey Jr.) trying to decipher Zodiac's coded messages, while an inspector (Ruffalo) is assigned to the case.

A film better known by its theme song, and now considered an iconic part of ‘80s culture for its beige costume and proton packs, this wacky supernatural comedy from co-writer Dan Aykroyd was considered a gamble at the time. But it proved to be a critical and commercial hit, with Bill Murray leading a trio of paranormal investigators whose small business balloons into a save-the-world event as a shape-shifting god of destruction plots in New York.

Bradley Cooper and Jennifer Lawrence headline writer-director David O. Russell's adaptation of Matthew Quick's 2008 novel of the same name, in which a recently-widowed dancer (Lawrence) offers to help a bipolar, former teacher (Cooper) — released from a mental hospital — win his wife back if he enters a dance competition with her. Lawrence won an Oscar for her performance, while Russell won best screenplay at the BAFTAs.

In a film that's more relevant today than when it was made, Edward Norton plays a neo-Nazi white supremacist who serves three years in prison for voluntary manslaughter and then tries to prevent his younger brother (Edward Furlong, from Terminator 2: Judgment Day) from going down the same path. Norton's performance was especially praised, though some critics felt it was a bit preachy and didn't live up to its promise.

Winner of best screenplay at the Golden Globes, this comedy-drama from Juno writer-director Jason Reitman follows a corporate downsizing expert (George Clooney) who loves living out of a suitcase and aspires to be the youngest person to hit 10 million frequent flier miles, but then finds his lifestyle threatened due to a potential love interest (Vera Farmiga) and an ambitious new hire (Anna Kendrick).

Clint Eastwood directed this neo-noir psychological mystery drama film which follows three childhood friends (Sean Penn, Tim Robbins, and Kevin Bacon) who have drifted apart but reunite after a brutal murder takes place. Jimmy's (Penn) daughter is the victim, Sean (Bacon) is the assigned detective, and both start to suspect Dave (Robbins) who lives a quiet life but harbours disturbing secrets. A sombre, slow burn noted for the work of its three leads.

Imagine if Pixar made Toy Story with foods, but it was geared towards adults? That's a good opening pitch for this animated black comedy, though it gets much weirder from there on. For one, the foods don't realise that they are going to be sliced and diced once they are taken outside. Filled by a voice cast featuring Seth Rogen, Kristen Wiig, Edward Norton, Jonah Hill, James Franco, Michael Cera, Paul Rudd, Bill Hader, and Salma Hayek.

A film for an Instagram generation, it follows a social media stalker (Aubrey Plaza) who confuses “likes” with meaningful relationships. Bored out of her mind, she moves to California and begins to copy the life of an Instagram-famous ‘influencer' (Elizabeth Olsen) she's obsessed with to become her friend, no matter what the personal cost. As you can expect, it doesn't go well. One of the rare films that understands today's generation, even if it can't bring together its values by the end.

Here's the full list of all the new content coming to Netflix India in September 2019. We've marked Netflix Original titles in bold for your convenience.

September 3
Men on a Mission: 2019, weekly
The Shallows

September 12
The I-Land
The Mind, Explained

September 15
21 & Over
And So It Goes
Black Money Love: Season 1
Castle and Castle: Season 1
Fifty: The Series: Season 1-2
Los Tigres del Norte at Folsom Prison
On the Real: Season 1
Same Kind of Different as Me
Silver Linings Playbook
Sinister
Sons of the Caliphate: Season 1-2
VeggieTales in the City: Season 1-2

September 24
Jeff Dunham: Beside Himself