Daredevil, Little Things, Making a Murderer, and More on Netflix in October 2018 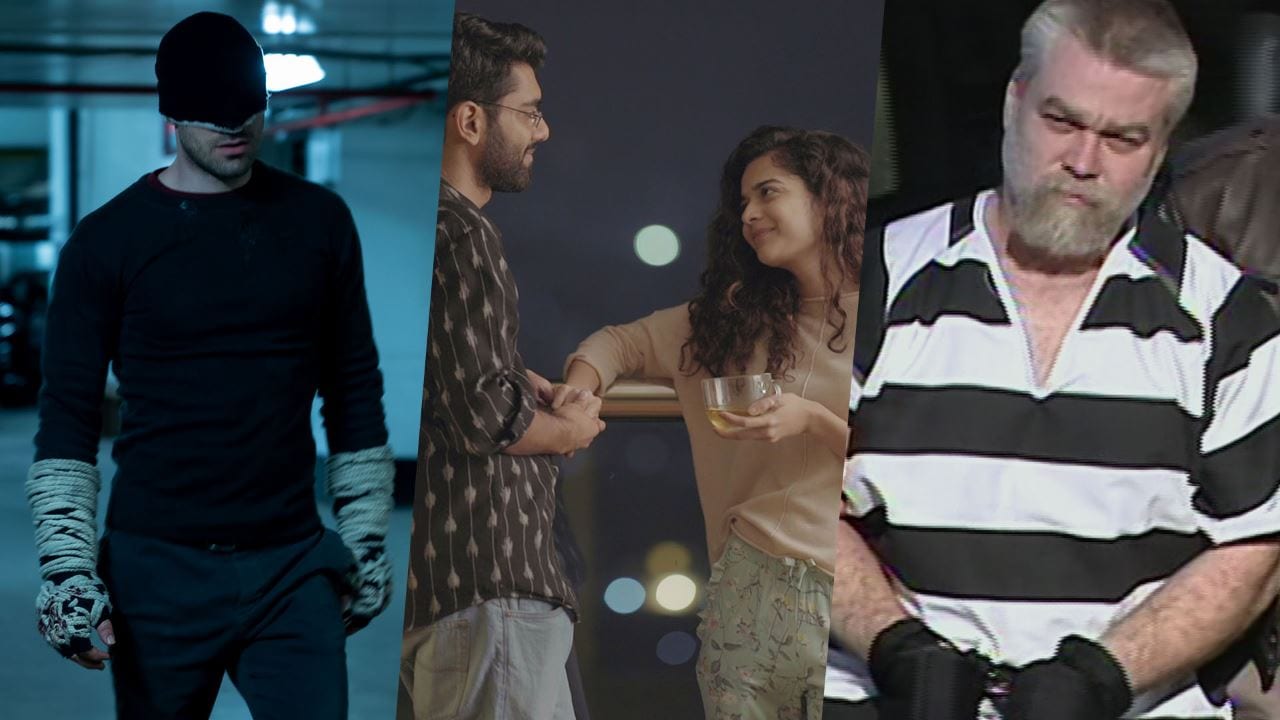 BoJack Horseman’s fifth season was an easy critical highlight for Netflix in September, and the streaming service’s continued dominance at the Emmys is sure to attract more talent, which it will hope can bring more acclaim and awards in turn with their ideas. That may never happen with the likes of Iron Fist, which also returned in September with another dud, but the popularity of Marvel shows – in fact, any series – have their own benefits. October will be the first time that we’ll see back-to-back Marvel releases, with Daredevil season 3 set for October 19.

There are a couple of other big names as well. The hit Emmy-winning true crime doc Making a Murderer, which essentially paved the way for Netflix’s other forays in the genre, returns with a second part on October 19 as well. Half a world away, the Mithila Palkar-starrer comedy-drama series Little Things moves to Netflix with its second season, come October 5. And lastly, BATFA winner Paul Greengrass’ next film, 22 July, hits Netflix on October 10, just over a month since its premiere at the Venice Film Festival. Netflix’s film policy might have gotten it into trouble with Cannes, but it’s great news for the subscribers at home.

Beyond that, other interesting names include the Riverdale spin-off Chilling Adventures of Sabrina, starring Mad Men’s Kiernan Shipka in the lead, dropping its first season on October 26; and the British crime thriller Bodyguard, which was massively popular during its UK run for the past couple of months and arrives as a binge-watch for everyone else around the world on October 24.

With that, here are our five picks for October 2018 that you should watch out for, and the full list of movies and TV shows coming to Netflix India after that.

An entire building collapsed on top of Matt Murdock (Charlie Cox) towards the end of The Defenders, so it’s only fitting that the new season of Daredevil is an adaptation of the “Born Again” story arc from the comic books. Darkness is a prominent theme in Netflix’s marketing for Daredevil season 3, which finds Murdock seemingly give into his alter ego as a new showdown with Wilson Fisk (Vincent D’Onofrio) emerges.

It wasn’t just the unbelievable gripping nightmare at its centre – a second conviction for murder just a few years after being exonerated of a wrongful sexual assault conviction after 18 long years – but the handling and presentation of a decade’s worth of footage that made it so compelling, and worth the attention and chatter it got. If the new season, which focuses on Steven Avery’s legal team trying to get a new trial, is even half as good, it’ll be worth a watch.

The Bourne Ultimatum and Captain Phillips director Paul Greengrass’ latest offers a look at Norway’s deadliest terrorist attack – the film is named after the date it took place on – that took 77 lives. But while his previous such attempt, United 93, told the story during the terrorist hijacking, 22 July deals with the aftermath through the eyes of a survivor. It got good critical acclaim at the Venice premiere in September.

Devoid of Jedi, lightsabers, and the optimism of its mainline Star Wars counterparts, director Gareth Edwards’ gritty and mature take on the iconic franchise was the prequel George Lucas should have made, as we noted in our review back in 2016. Rogue One has a rocky first half hour but it only gets better from there, with an ending that will make you want to hit play on Episode IV – A New Hope. It was already available on Hotstar but now you can see it the way it is meant to be, and not the cropped pan-and-scan version.

Jake Gyllenhaal is captivating and excellent as a freelance video journalist who crosses line after line in his hunger for filming violent crime and selling the footage to local news stations. A feature directorial debut for screenwriter Dan Gilroy, Nightcrawler was named in the top films of its year by several critics and scored an Oscar screenplay nomination, but still largely passed under the radar.

Here's the full list of all the new content coming to Netflix India in October 2018. We’ve marked Netflix Original titles for your convenience.