Alongside the definitive cut of Blade Runner and Netflix’s first animated film. 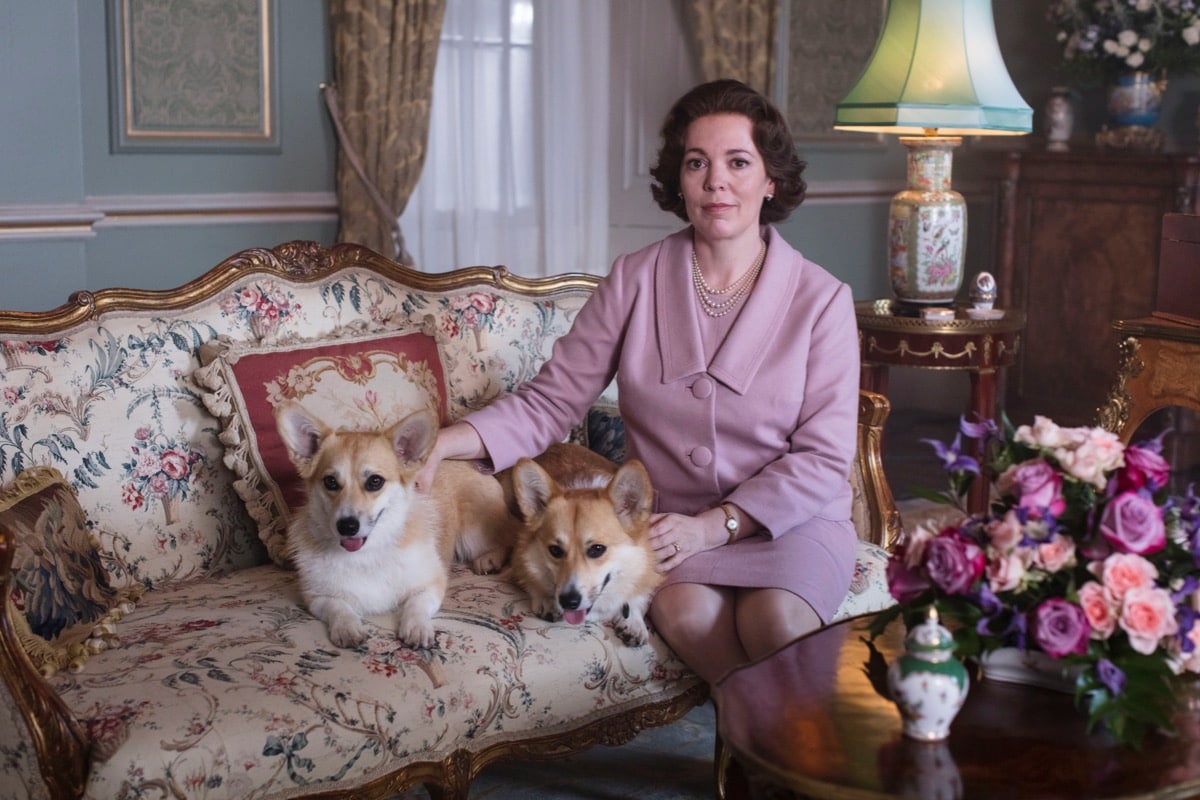 Olivia Colman as Queen Elizabeth II in The Crown season 3

The obvious standout title of Netflix's November is gangster epic The Irishman — out November 27 — its most expensive movie to date from director Martin Scorsese and starring the likes of Robert De Niro and Al Pacino. The other big highlight of Netflix's November is the third season of British royal drama The Crown, which drops November 17. In terms of big international titles, that leaves the historical epic The King, which stars Timothée Chalamet as King Henry V, Joel Edgerton as Sir John Falstaff, Robert Pattinson as “The Dauphin” Louis, Duke of Guyenne, and Sean Harris as Sir William Gascoigne. Shakespeare fans will know which of those isn't a real character. The King releases November 1.

Here on the domestic shores, Netflix has three original titles to offer. Only one of them, Little Things season 3 on November 9, is somewhat promising. We have zero expectations — just look at the terrible trailer if you've any questions — from the Jacqueline Fernandez, Sushant Singh Rajput-starrer Drive, out November 1, which is clearly modelling itself after the Fast and Furious franchise even though it's supposedly a remake of the atmospheric neo-noir Drive, the 2011 Ryan Gosling-starrer from director Nicolas Winding Refn. There's also House Arrest, starring Ali Fazal and Shriya Pilgaonkar, whose trailer failed to generate any interest. House Arrest arrives November 15.

Elsewhere, The End of the F***ing World makes its awaited return with season two dropping all episodes on November 5. Hasan Minhaj is back with the fifth volume of his political comedy series Patriot Act with Hasan Minhaj on November 10. For documentary fans wanting an in-depth look at an issue, Bikram: Yogi, Guru, Predator about Kolkata-born hot yoga teacher Bikram Choudhury is worth looking at. It releases November 20. And if you want some light-hearted fare, Queer Eye is headed to Japan on November 1. With that, here are our six picks for November 2019 that you should watch out for, and the full list of movies and TV shows coming to Netflix India after that.

Based on Charles Brandt's 2004 book “I Heard You Paint Houses”, Martin Scorsese's latest offers a (three-and-a-half-hour) look at the life of Frank Sheeran (Robert De Niro), a truck driver who becomes a hitman as he gets involved with the Bufalino crime family, and labor union leader Jimmy Hoffa (Al Pacino). The film has gotten rave reviews from critics since its New York Film Festival premiere in September. It currently holds a 98 percent “fresh” rating on Rotten Tomatoes, and a 94 “universal acclaim” score on Metacritic.

Peter Morgan's lavish and impeccably-made royal drama about the reign of Queen Elizabeth II — the longest ruling British monarch — returns after a gap of two years with an all-new cast (to avoid having to use visual effects to age up the actors). Olivia Colman takes over from Claire Foy as the Queen, Matt Smith gives way to Tobias Menzies as her husband Prince Philip, and Helena Bonham Carter replaces Vanessa Kirby as the rebellious Princess Margaret. The third season will chronicle events from years 1964 to 1978.

From Star Wars to The Crown, TV Shows to Watch in November

Netflix has been making original content for years now, but it's only gotten around to delivering its first original feature-length animated film. Klaus is a fictional origin story of Santa Claus, who's not fictional at all if you're a kid who's reading this. More interesting than the premise is the fact that director Segio Pablos — best known as the creator of Despicable Me — is combining the world of 2D and 3D animation to give the film a look of its own. You can read more about it in our in-depth look at Netflix's animation efforts.

Winner of the runner-up prize at Cannes Film Festival, this supernatural romantic drama, set in the Senegal capital city of Dakar, is the story of 17-year-old Ada, whose lover Souleiman leaves the country by sea, in hopes of a better future. Several days later, a fire ruins Ada's wedding to the man she is betrothed to and a mysterious fever starts to spread. Ada doesn't know that Souleiman has returned. Director Mati Diop made history for being the first black woman to have her film premiere in competition at Cannes.

Another Cannes winner, this animated film from French director Jérémy Clapin depicts two parallel storylines. One strand follows a young man who moves to France and falls in love, while another follows his severed hand which escapes from a lab and scrambles through Paris to get back to his body. It's as weird as it sounds. If you speak English and prefer watching dubbed versions of films, you'll get to hear the voices of Dev Patel and Alia Shawkat.

The only non-Netflix original title on this month's list — and rightly so. Twenty-five years after release, director Ridley Scott was finally given full creative control over his film. (Yes, there was a Scott-approved Director's Cut in 1992, but he wasn't directly in-charge.) New scenes were filmed, a dream scene was restored to its full length, and additional violence from the international cut was inserted. If you haven't seen one of the most influential cyberpunk films, this is the way to do so.

Here's the full list of all the new content coming to Netflix India in November 2019. We've marked Netflix Original titles in bold for your convenience.

November 5
The End of the F***ing World: Season 2
Men on a Mission: 2019, weekly
Seth Meyers: Lobby Baby
She-Ra and the Princesses of Power: Season 4
Tune in for Love

November 15
The Charming Step-Mom: Season 1
The Club
Earthquake Bird
GO! The Unforgettable Party
House Arrest
I'm with the Band: Nasty Cherry: Season 1
Klaus
Llama Llama: Season 2
Nothing to Lose 2
The Toys That Made Us: Season 3
The Yard [Avlu]: Part 2