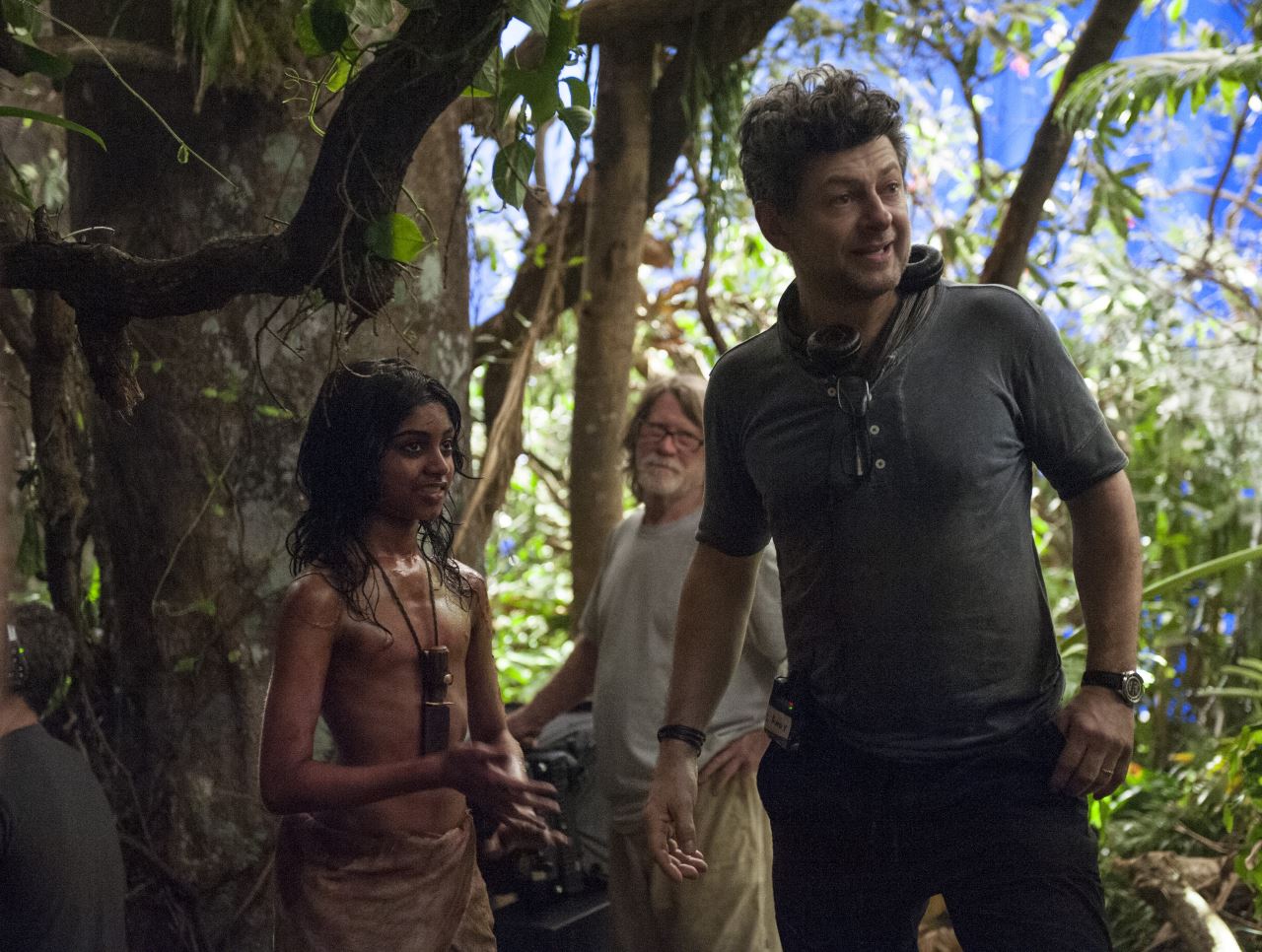 Rohan Chand and Andy Serkis on the sets of Mowgli: Legend of the Jungle

In some ways, Andy Serkis is the modern father of performance capture art. Not only has he played some incredibly popular characters brought to life with computer animation — Gollum in Lord of the Rings trilogy, Caesar in Planet of the Apes reboot prequels, Snoke in the Star Wars sequels, and Kong in the King Kong remake — but he's founded a studio on the back of his experience called The Imaginarium, which assists leading film and video game studios in the field. Serkis turned director last year with the biopic Breathe, starring Andrew Garfield and Claire Foy, but technically, that was filmed after his actual directorial debut, Mowgli: Legend of the Jungle, which is out on Netflix in December.

Serkis called his time as the second unit director of The Hobbit trilogy as his “big learning curve”, which he said helped him prepare for Mowgli. And picking Rudyard Kipling's The Jungle Book for his first film feels like a natural fit, given his talents and expertise would be put to good use. While director Jon Favreau minimised the use of motion capture with the 2016 Disney version of the same story, worried about the uncanny valley effect, Serkis wasn't perturbed in the least, he explained in an interaction with Gadgets 360 in Mumbai earlier this week.

“Never,” Serkis said flatly. “I've never had that problem in anything I have ever done, so it would never be a problem. I think people say that when they have never used performance capture. It's a bandied around word that people use, and that's because I think they haven't really experienced it to the level we've been working with.”

“Over the last 18 years, performance capture has been adopted into mainstream filmmaking,” Serkis said at an event earlier in November. “When we started working with it on Lord of the Rings, the perception of it was unclear. People didn't really understand the potential for it. But as years have passed, it has become one of the great 21st-century tools for an actor, to become anything. And that's why I'm very passionate about it.”

Serkis' adaptation of The Jungle Book has been in the making for a while. Filming with its A-list cast — Christian Bale, Benedict Cumberbatch, Cate Blanchett, and Serkis among others — finished nearly four years ago, with the rest of the time spent in post-production and in leaving some space between the Favreau version and his. “It's been an extraordinary few years, because at one point, I was acting in the Apes movies, editing Breathe, and cutting Mowgli — all at the same time,” he added with a short laugh. “It was kind of crazy.”

While the likes of Cumberbatch and Blanchett had worked with performance capture tools before, it was entirely new for others such as Bale. “When we sat and did the read-through for the very first day, there were a lot of questions about performance capture and what's the secret,” Serkis said. “And I said, 'Look, there is no secret. It's acting. There is no difference.'”

“Performance capture is not about puppeteering, over-acting or pantomiming a character. It's really about the internal psychology and emotion, as any live-action character. It's finding their link to the animal. And the way that we design the animals, really do reflect the facial expressions that our actors used to express themselves.”

Bale recalled that Serkis' initial pitch to him was simply ‘How do I feel about playing a panther?' which drew him in, as he wanted to try out performance capture and see what it was like, he told us: “I recognise this is an era of advancing technology and [...] I think you should maintain the things that work, but also not be fearful of experimenting with the new. It's quite remarkable, performance capture. I have made a film since Jungle Book about [former US Vice President] Dick Cheney [called Vice], and one day perhaps I won't need to put on weight and do lots of make-up and prosthetics. Perhaps, it will be performance capture.”

To differentiate from previous adaptations, Serkis adopted a darker, more mature tone on Mowgli: Legend of the Jungle, something both Bale and he feel hews closer to Kipling's original works. And that's likely why Warner Bros. ended up selling the film to Netflix, as it was likely not confident in its theatrical prospects.

“It was slightly older and darker, and it wasn't for that 4-year-olds up in the full four-quadrant family way,” Serkis said. “That is a formula that seems to be the holy grail for studios, in order to be able to open big, to have that big opening weekend, it's important to be inclusive and include everyone. But that does mean you've to slightly tailor the darker end of the story, make it more palatable for younger audience perhaps.”

“I think we all really enjoy the musical adaptations and the warmer, fuzzy fairy-tale of that,” Bale added. “But this was more a fantasy of running wild and living with animals, bringing out the savage nature and the joy of liberation from the constraints of what it is to be human. The pure adventure of it, but also the deeper themes that exist within Kipling's writings of belonging and the nature of who we are as a people.”

A few choice words in the books — 'brown men with drums, and white men with guns' — informed how Serkis saw his adaptation, as he wished to focus on the story's British India roots. “I don't think any other version has really acknowledged it,” he added. “Maybe [Zoltan] Korda's version in the 1940s did. In taking on the story, you can't deny the world in which Rudyard Kipling was writing this story. And I think we go some way in our production. Within the realms of magic realism and a metaphorical language, we are looking at the misappropriation of the jungle, man and his expansion, and colonialism.”

For all of Serkis' intentions, Mowgli: Legend of the Jungle is still entirely a non-India production. It was neither filmed in India, nor does it have any Indian stars — unless you count Freida Pinto, who works mostly in Hollywood — and all of the film's central characters speak in English, with a British accent. That creates a duality, what with the heavy use of Indian instruments in background music, composed by musician Nitin Sawhney, and the nondescript Indian setting.

Serkis justifies that contrast in wanting to keep the two worlds – the jungle and the village – separate for Mowgli, which for him meant separate languages. (It's another matter that very little Hindi is spoken on-screen in the film.) That also helps build the allusions and themes in Mowgli: Legend of the Jungle, Serkis believes.

"The village, as a metaphor, represents India. The village is also represented in the animal world," he added. "Mowgli could almost be considered a colonialist in the world of the animals. But he's brought up in that world, much like Rudyard Kipling was brought up in India and spoke Hindi before he went to England.”

Disclosure: Netflix sponsored the correspondent's travel and accommodation for the event in Singapore.