Alongside a Michelle Obama docu, and a new workplace comedy from The Office alums. 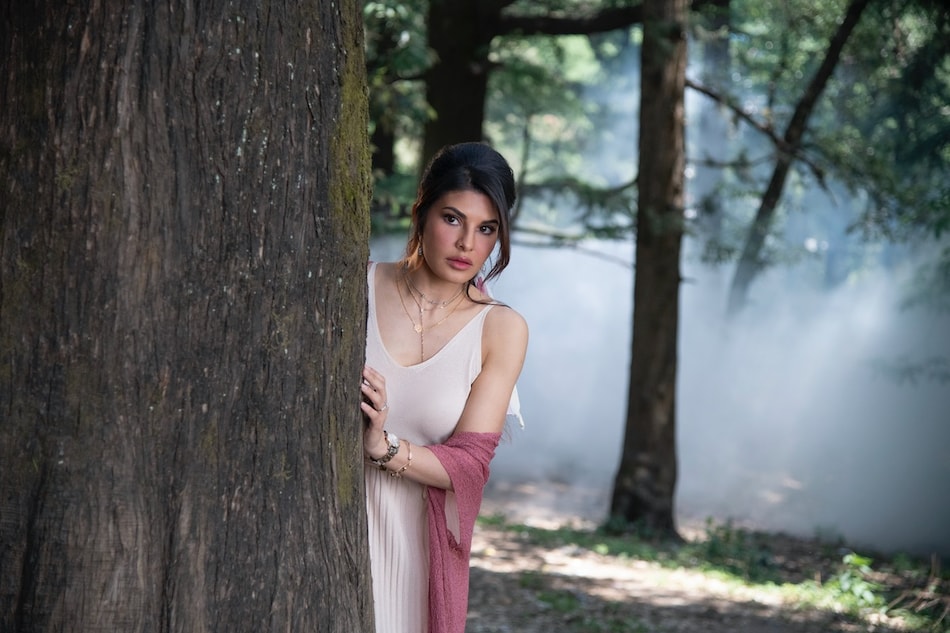 As in April, Netflix has two originals from India in May: Jacqueline Fernandez, Manoj Bajpayee, and Mohit Raina star in the thriller movie Mrs. Serial Killer, out May 1; and stand-up comedian Kenny Sebastian delivers his sixth special and the first on Netflix, The Most Interesting Person in the Room, currently undated. Speaking of stand-up specials, there are some big names internationally. Jerry Seinfeld returns with his first all-new in 21 years on 23 Hours to Kill, out May 5. Patton Oswalt, who won an Emmy for his last Netflix special, is back for a second in I Love Everything, out May 19. But the most-awaited one comes from Hannah Gadsby, who changed the stand-up game last time around with Nanette, for which she also won an Emmy. Hannah Gadsby: Douglas is out May 26.

TV Shows to Watch in May on Netflix, Disney+ Hotstar, Prime Video, and Apple TV+

If you're looking for more big names, former US First Lady Michelle Obama will be profiled in Becoming, a documentary from award-winning director Nadia Hallgren that was shot during Obama's book tour for her 2018 eponymous memoir. Becoming is out May 6. The Office alums Steve Carell and Greg Daniels return with a new workplace comedy in Space Force, out May 29. Silicon Valley star Kumail Nanjiani leads the rom-com crime caper The Lovebirds, out May 22. Money Heist creator Álex Pina treats us to new mystery thriller White Lines, out May 15. Tina Fey brings back Unbreakable Kimmy Schmidt for an interactive special, out May 12. And lastly, prolific creator Ryan Murphy goes to the ‘40s with the miniseries Hollywood, out May 1.

Beyond that, the likes of Carrie Fisher, Anthony Bourdain, Ben Stiller, Sarah Silverman, A$AP Rocky, and Sting will share their experiences with psychedelic drugs in the documentary Have a Good Trip: Adventures in Psychedelics — out May 11 — in the form of animations and re-enactments among others. That leaves the George Clooney-executive produced true crime docu-series Trial By Media — also out May 11 — which looks at how some infamous trials might have been impacted by their media coverage. With that, here are our six picks for May 2020 that you should watch out for, and the full list of movies and TV shows coming to Netflix India after that.

The bar couldn't be higher for Netflix's new workplace comedy, given its co-creators — Steve Carell and Greg Daniels — were last together on the sets of The Office. Sure, that show had a slow start and suffered in later years, but it continues to be beloved for a reason. Here, Carell plays a four-star general who hesitantly agrees to work with an eccentric scientist to establish the US military's newest body.

Talking about high expectations, how will the 42-year-old Australian comic match up to the raging word-of-mouth success of her 2018 Emmy-winning Netflix special Nanette, which blended comedy and tragedy with commentary on LGBTQ, mental illness, and the experiences of the marginalised. In the new special, Gadsby takes on popularity, identity, language, feminism, and more.

Before the world knew her as Captain Marvel, Brie Larson won the Oscar and BAFTA for best actress for playing the kidnapped mother of a five-year-old born in captivity, and how their lives are deeply affected after a miraculous escape. Based on writer Emma Donoghue's novel of the same name. Praised by all, and holds a 93 percent “fresh” rating on reviews aggregator Rotten Tomatoes.

Wedding bells are ringing for David Rose (Dan Levy, also co-creator) and Patrick Brewer (Noah Reid) in the sixth and final season of this heart-warming Canadian comedy, which also finds the Rose family one step closer to their dream of leaving the little town. But now that it has truly become their home, they may not be as fond of the idea.

Sally Hawkins (The Shape of Water) and Ethan Hawke (Before trilogy) star in this biopic of Maud Lewis (Hawkins), a Canadian folk artist from mid-20th century who struggled with arthritis and family before she became the housekeeper of a fish peddler (Hawke). Largely loved by critics, it has a 89 percent “fresh” rating on reviews aggregator Rotten Tomatoes.

Here's the full list of all the new content coming to Netflix India in May 2020. We've marked Netflix Original titles in bold for your convenience.

May TBA
Blood & Water: Season 1
Kenny Sebastian: The Most Interesting Person in the Room

May 5
Jerry Seinfeld: 23 Hours To Kill

May 11
Bordertown: Season 3
Have a Good Trip: Adventures in Psychedelics
Trial By Media: Season 1

May 13
The Wrong Missy

May 18
The Big Flower Fight: Season 1

May 19
Patton Oswalt: I Love Everything
Sweet Magnolias: Season 1

May 25
Demolition
The Founder
The Imitation Game
Room

May 27
I'm No Longer Here
Kings

Editor's note: Community was originally included among the list of releases, but this was incorrect. We regret the error.

Xbox Series X First Gameplay Footage to Be Live Streamed on May 7
Reddit Rolls Back Chatting Option From Subreddits, Says It's 'Sorry' It Didn't Collaborate