Guardians of the Galaxy Vol. 2, Dunkirk, When They See Us, and More on Netflix in May 2019 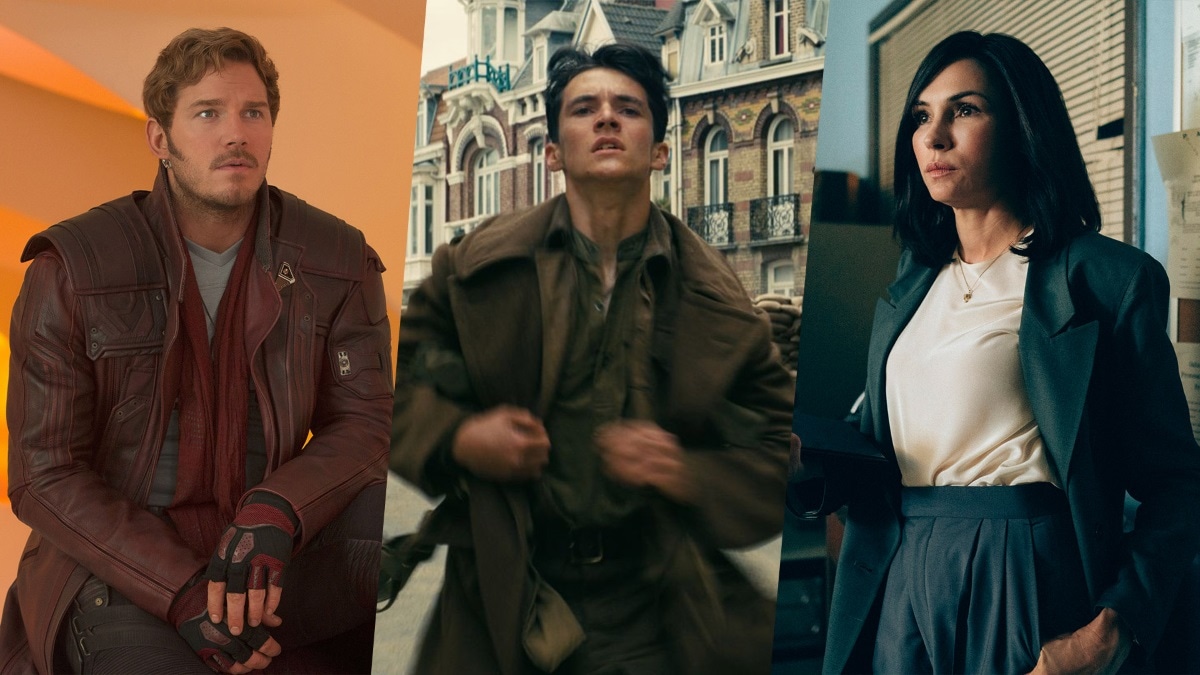 (L-R): Guardians of the Galaxy Vol. 2, Dunkirk, and When They See Us

On the Netflix originals front, May will bring just one title from India: Chopsticks. Starring Abhay Deol and Mithila Palkar, the indie drama arrives at the end of the month on May 31. The same day, Netflix will also premiere Ava DuVernay's miniseries When They See Us, which documents the Central Park jogger case from 1989. Before those two, there's a neo-noir thriller anthology series called What/If — starring Renée Zellweger — releasing May 24, and high school rom-com The Last Summer on May 3, starring Riverdale's KJ Apa. And if you care about US politics, the documentary Knock Down The House — out May 1 — will offer a look at Alexandria Ocasio-Cortez's upset win in the 2018 midterm elections.

Then, there's a few returning originals as well in May. Hasan Minhaj's political comedy series Patriot Act is back for a third volume that kicks off May 12, and the second season of NBC series Good Girls — labelled as a Netflix original outside the US — which is currently ongoing, arrives in full on May 31. Spike Lee's series recreation of his own film, She's Gotta Have It, gets season two on May 24.Lastly, writer-director-editor Joe Swanberg's Chicago-set comedy-drama anthology series Easy premieres its third and final season on May 10. With that, here are our six picks for May 2019 that you should watch out for, and the full list of movies and TV shows coming to Netflix India after that.

Having made the hard-hitting Selma in 2014, which looked at Martin Luther King Jr.'s historic 1965 march, and then the documentary 13th — for Netflix — that focused on America's mass incarceration issue, writer-director Ava DuVernay is returning with another hard-hitting look at racism in the US. This one, centred on the Central Park Five, looks at how the US criminal justice system failed the five African-American and Hispanic teenagers.

Christopher Nolan's first war film is about the evacuation of British and Allied troops from the French city of Dunkirk in 1940. But it's depicted in a far from simple way. In classic Nolan fashion, Dunkirk unfolds via non-linear perspectives — in this case three, on land, sea, and air — as Nazi Germany closes in. It's a haunting and visceral film that draws its power from the pandemonium and gallantry of the spectacle — and rightly earned a spot on our 2017 best-of.

In writer-director M. Night Shyamalan's best film to date, a child psychologist (Bruce Willis) tries to help a young boy (Haley Joel Osment) who can see and talk to the dead. The lesser you know going in, the better. The Sixth Sense was a critical and commercial hit — second highest grosser that year behind Star Wars: Episode I — and was even nominated for six Oscars.

Considered as one of the greatest films ever made, in which an alien stranded on Earth becomes friends with a young boy, who then helps him return to his home planet while a government task force looks for it. Directed by Steven Spielberg, it became the highest-grossing film of all time — surpassing the original Star Wars — and its record was broken by Jurassic Park in 1993, by Spielberg himself.

In this sequel to the original that's part of a much larger shared film universe, the titular group — starring Chris Pratt, Zoe Saldana, Dave Bautista, Karen Gillan, and the voices of Vin Diesel and Bradley Cooper — meets a man (Kurt Russell) who claims to be the celestial father of one among them. We felt it was overstuffed but critical consensus was positive. A second sequel is in development.

Transformed into a llama by his manipulative, diabolical and self-serving ex-advisor and stranded in the jungle, a selfish, arrogant and young Incan emperor must become friends with a kind and caring village leader (John Goodman) if he wants to survive and turn back into a human. The Disney animated film went through a troubled pre-production, but it was all the better for it.

Based on Liu Cixin's 2000 novella of the same name, this Chinese sci-fi blockbuster — it has made over $700 million worldwide and is the second highest-grossing film of all time in China — is about Earth's multi-millennia journey to the Alpha Centauri System with the help of giant thrusters, as the Sun of our Solar System approaches its death.

Here's the full list of all the new content coming to Netflix India in May 2019. We've marked Netflix Original titles in bold for your convenience.

May 5
Guardians of the Galaxy Vol. 2

May 9
E.T. the Extra-Terrestrial
Nitro Circus: The Movie

May 16
Good Sam
The Flintstones

May 18
Dunkirk
Transformers: The Last Knight

May 20
Prince of Peoria
Zero

May 21
Wanda Sykes: Not Normal

May 22
A Tale of Two Kitchens
One Spring Night: Season 1

May 24
High Seas
Rim of the World
She's Gotta Have It: Season 2
The Perfection
WHAT / IF: Part 1

May 26
No Good Deed
Pirates of the Caribbean: Dead Men Tell No Tales

May 31
A Goofy Movie
Always Be My Maybe
Bad Blood: Season 2
Chopsticks
Good Girls: Season 2
How to Sell Drugs Online (Fast)
Ice Princess
Miracles from Heaven
The 13th Warrior
The Recruit
When They See Us