Charlie Brooker, a Marvel superhero, an Indian dystopia, and more. 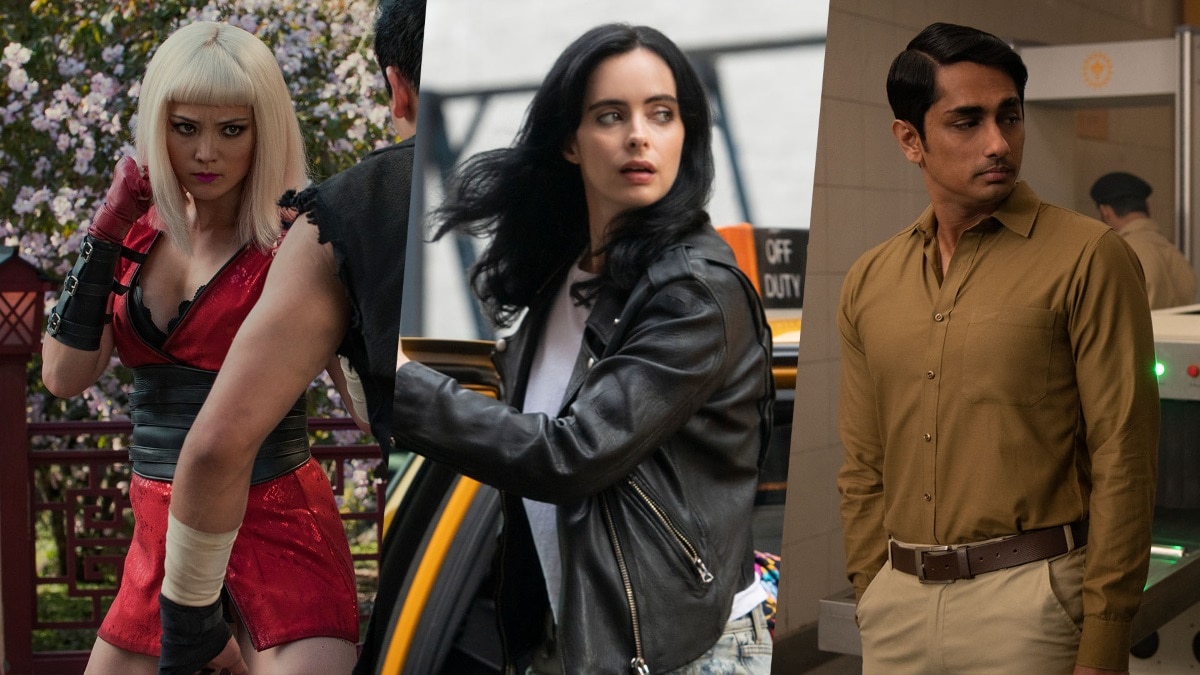 Netflix has two original releases from India in June: the dystopian drama Leila, co-directed by Deepa Mehta and based on a book of the same name, out June 14; and the indie film Jaoon Kahan Bata Ae Dil, which was labelled as anti-romantic and provocative during its festival run, on June 21. Meanwhile, there are several big names internationally. Black Mirror season 5 drops June 5, and the third and final season of Jessica Jones arrives June 14, the same day as Leila, and Murder Mystery, a whodunnit comedy film starring Jennifer Aniston and Adam Sandler. If you enjoy cooking shows, Iron Man director Jon Favreau has one called The Chef Show, inspired by his 2014 film Chef, which is slated for June 7.

Speaking of documentary work, on June 12, Netflix will release acclaimed director Martin Scorsese's fact-and-fantasy mix look at Bob Dylan's 1975 tour and the state of the US that year in Rolling Thunder Revue: A Bob Dylan Story by Martin Scorsese. And if you're on the lookout for European entertainment, season 2 of sci-fi thriller Dark — described as the German Stranger Things by some — premieres June 21. The show was recently renewed for a third and final season. With that, here are our seven picks for June 2019 that you should watch out for, and the full list of movies and TV shows coming to Netflix India after that.

With Bandersnatch in the rear-view mirror, Charlie Brooker returns to present-day for three additional chapters in his sci-fi anthology saga, which looks at how technology is changing the world, mostly for the worse. Anthony Mackie (Avengers: Infinity War) stars in one about pornography and fidelity, Andrew Scott (Sherlock) leads another about smartphone addiction and attention spans, and Miley Cyrus is at the centre of a third about artists' rights and virtual assistants.

A totalitarian regime. A Hindu nation. And a society divided across communal lines and obsessed with ‘purity'. Based on former journalist Prayaag Akbar's 2017 novel of the same name, Leila is the story of a mother's (Huma Qureshi) search for her missing daughter in a dystopian society. Siddharth (Rang De Basanti) and Rahul Khanna (Bollywood/Hollywood) co-star. Deepa Mehta (Elements trilogy), Shanker Raman (Gurgaon), and Pawan Kumar (Lucia) direct.

Considered as one of the greatest German films of all time — and one of the best-ever war films — writer-director Wolfgang Petersen paints a naturally-claustrophobic and grim look at a submarine crew's perilous journey during World War II, as they deal with intense battles, dwindling supplies, and long periods of boredom.

Leonardo DiCaprio finally won an Oscar for playing frontiersman and fur trapper Hugh Glass in this early 19th-century-set Western film — as did its director Alejandro G. Iñárritu — who has to survive biting cold and wilderness on his own after he is mauled by a bear. Tom Hardy (Mad Max: Fury Road), and Domhnall Gleeson (Star Wars: The Last Jedi) star alongside.

Netflix's global deal with Warner Bros., which brought Friends back to the service in India, continues to have ripple effects. After Wonder Woman and Dunkirk moved from Prime Video, the critically-acclaimed adaptation of Stephen King's 1986 supernatural horror book is now coming to Netflix. It's about seven children being haunted by a shape-shifting clown. Set for a sequel, It Chapter Two, later this year, which takes place nearly three decades ahead.

Glenn Close was universally praised for her performance in the titular role, as a woman married for over 30 years, who starts to question her life choices and reflect on a lifetime's worth of compromises, secrets, and betrayals as she travels to Sweden with her crusty, arrogant husband (Jonathan Pryce), who is being facilitated with the Nobel Prize in Literature.

No one will officially say so, but surely it can't be a coincidence that Netflix started cancelling its Marvel series as the arrival of Disney+ neared. Anyway, the third season of Jessica Jones is the final piece of that Netflix-Marvel partnership that is now in tatters, and hopefully it can improve on what came before and allow New York's neighbourhood superheroes to end on a high note. The premise? Jessica and her former best friend Trish take on a new highly-intelligent psychopath.

Here's the full list of all the new content coming to Netflix India in June 2019. We've marked Netflix Original titles in bold for your convenience.

June 3
I Have a Script: Season 1
In The Bosom of a Thorn: Season 1
Malibu Rescue: The Series
The LEGO Ninjago Movie
What If?: Season 1
The Writer: Season 1

June 19
Beats
The Edge of Democracy

June 25
Mike Epps: Only One Mike