Luke Cage, GLOW, The Avengers, and More on Netflix in June 2018 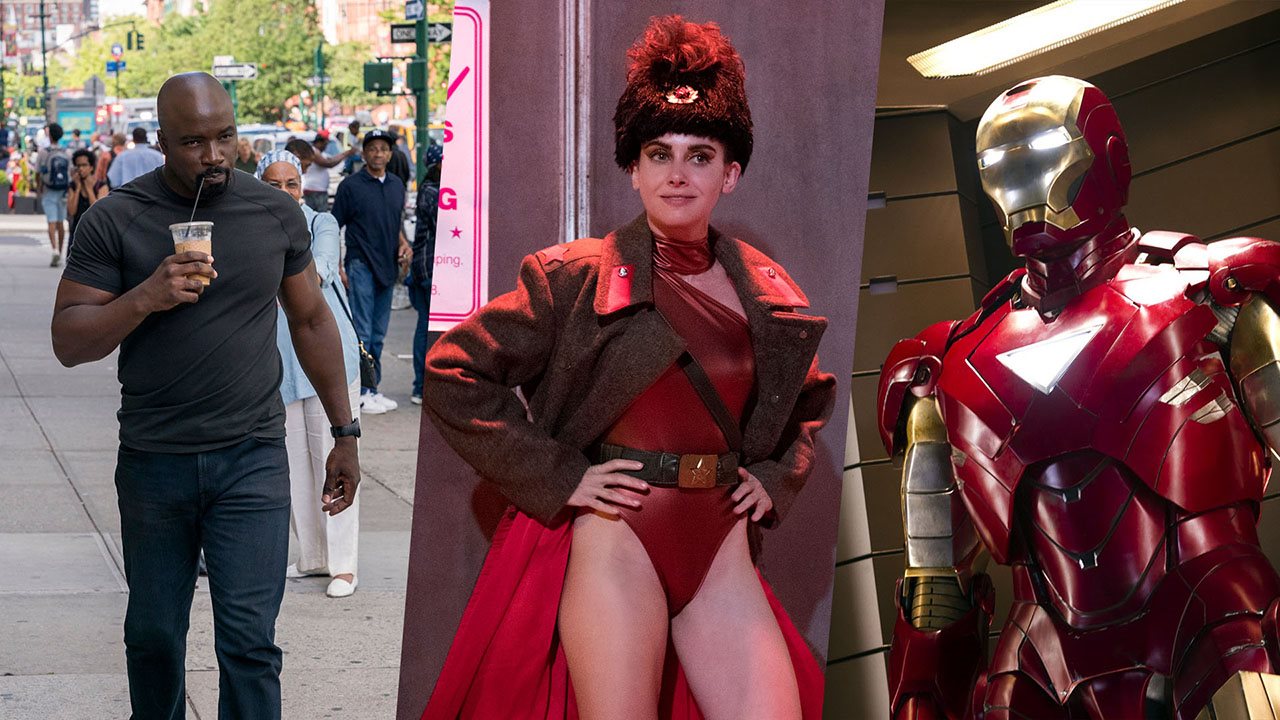 The return of Marvel's only show with a black hero in the lead – Luke Cage – is one of the big original names on Netflix in June, alongside a series finale for the Wachowskis' Sense8 earlier in the month, and a second season of GLOW, starring Alison Brie (Community), on June 29. A lot more Disney films are headed to Netflix in June too, from the house of Marvel and Pixar: The Avengers, Toy Story trilogy, Ratatouille, and Up are among them.

Elsewhere, the Korean game show Busted! returns for its season finale on June 1, followed by the second season of British detective drama Marcella on June 8. The Ashton Kutcher-starrer The Ranch gets a fifth part on June 15, and the month ends with British teen VR thriller Kiss Me First and the second season of Spanish sitcom Paquita Salas.

That brings us to documentaries. There's the docu-series November 13: Attack on Paris on June 1 from the same folks who made the Emmy-winning "9/11", and a true crime docu-series called The Staircase on June 8. Meanwhile, Australian comic Hannah Gadsby will release her comedy special on June 19, and food show Nailed It! returns for season 2 on June 29.

With that, here are our four picks for June 2018 that you should watch out for, and the full list of movies and TV shows coming to Netflix India after that.

Marvel's Luke Cage / June 22
Harlem's bulletproof hero (Mike Colter) has much to prove in his second year, after a first season delivered polar-opposite halves: a strong, compelling first followed by a baffling, middling second. It also had the familiar problem of the Marvel-Netflix bloat, stretching storylines longer than necessary. With new characters played by Mustafa Shakir and Gabrielle Denis, and a guest appearance from Iron Fist (Finn Jones), hopefully it can punch through this time.

GLOW / June 29
After a critically-acclaimed debut season, expectations are high for the return of GLOW – the Gorgeous Ladies Of Wrestling – as it continues its fictionalised story of the women's wrestling promotion that ran in the 1980s, following a bunch of struggling actors training as wrestlers to make a campy TV show that will draw eyeballs to the over-the-top sport. Starring Alison Brie (Community), Betty Gilpin (Nurse Jackie), and comedian-podcaster Marc Maron.

The Avengers / June 8
Avengers: Infinity War has broken several records since its release in April, but if you've yet to bite into the craze, here's the perfect way to get into it. The Avengers, released in 2012, is where it first all began for Marvel, bringing together a bunch of superheroes – Iron Man, Captain America, Thor, and the Hulk included – to put a stop to the mischievous schemes of Loki. For cinematic worlds, it was ground-breaking then but it now seems like amateur hour considering Infinity War had over two dozen characters.

All Marvel Movies Ranked, From Worst to Best

A bunch of Pixar movies / June 8-20
Ever since the end of Hotstar's exclusivity with Disney, Pixar films have been slowly cropping on Netflix. June brings more of them, and it was too tough to pick one since they're all equally good. Your choices include the Toy Story trilogy on June 8, following the adventures of anthropomorphic toys who pretend to be lifeless around humans, alongside the wonderful Up; a family of undercover superheroes in The Incredibles on June 16, with a sequel due soon; and the story of a rat who longs to be a chef in Ratatouille on June 20.

June 24
Stranded in Paradise
The Jungle Book 2
To Each, Her Own (Les Goûts et les couleurs)

I Took the iPhone SE on a Trip and It's Still a Great Secondary Phone
Vivo Y83 With FullView 2.0 Display, Notch Launched in India: Price, Specifications, Features