Alongside Lady Gaga in A Star Is Born, Katherine Langford in Cursed, and Charlize Theron in The Old Guard. 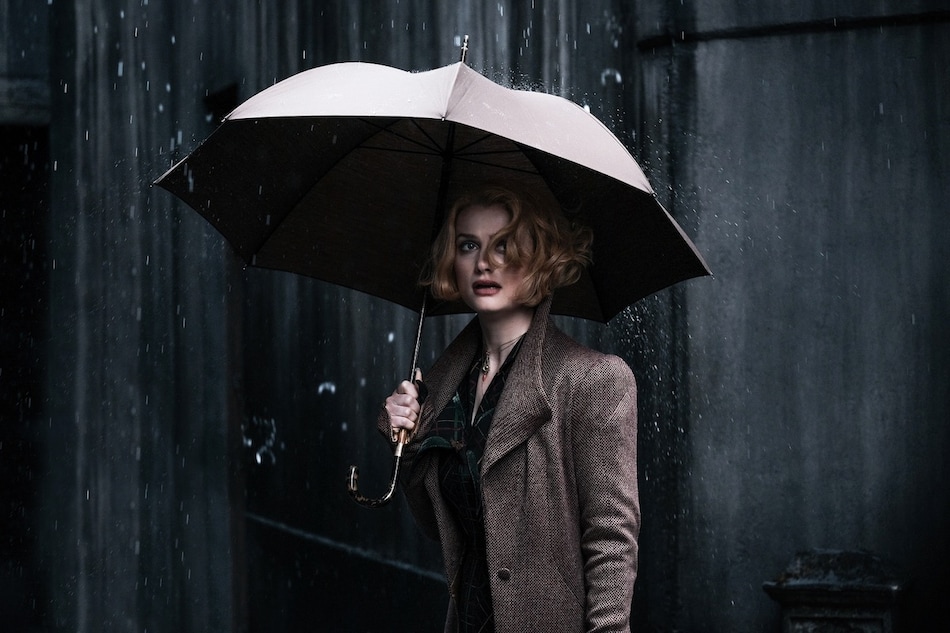 Alison Sudol in Fantastic Beasts: The Crimes of Grindelwald

Netflix hasn't announced a single Indian original for July as yet. In early June, it did reveal that the Janhvi Kapoor-starrer Gunjan Saxena: The Kargil Girl would release on Netflix, but the film has yet to receive a release date. The biggest confirmed title for Netflix in July is The Umbrella Academy season 2, arriving at the end of the month. In terms of heavyweight originals, there's also the Charlize Theron-led superhero movie The Old Guard on July 10, and the Cate Blanchett-created drama series Stateless on July 8. If you're looking for more big names, Bradley Cooper and Lady Gaga's A Star Is Born belts in July 11, while the terrible Harry Potter spin-off Fantastic Beasts: The Crimes of Grindelwald is due July 15.

From Dil Bechara to Umbrella Academy 2, What to Watch in July

Outside of that, Netflix's big strength — more so in July — lies in the fact that it makes content in every part of the world. That includes the aforementioned social issue drama Stateless from Australia; the crime drama The Twelve from Belgium; the teen mystery Kissing Game and reality TV Dating Around: Brazil from, naturally, Brazil; the Nordic noir crime drama Deadwind from Finland; the rom-com MILF from France; the coming-of-age How to Sell Drugs Online (Fast) and the children's animated Latte and the Magic Waterstone from Germany; the comedy The Players and the rom-com Under the Riccione Sun from Italy, and the anime JU-ON: Origins and Japan Sinks: 2020 from, well, Japan.

Breathe 2, Mundina Nildana, and More on Prime Video in July

And that's less than half of it. We also have the rom-com Was It Love? and the family comedy The Larva Island Movie from Korea; the mystery thriller Dark Desire from Mexico; a stand-up comedy special from New Zealand; the comedy Norsemen from Norway; the political drama The Hater and the crime thriller Signs from Poland; Portuguese and Spanish stars in teen fantasy Warrior Nun; the romantic period drama Cable Girls, thriller spin-off Locked Up: The Oasis, crime thriller Offering to the Storm, and reality competition Sing On! Spain from Spain; the rom-com Seriously Single from South Africa; the horror movie The Maid from Thailand, and the fantasy thriller The Protector from Turkey.

With that, here are our 10 picks for July 2020 that you should watch out for, and the full list of movies and TV shows coming to Netflix India after that.

Bradley Cooper co-wrote, directed, and starred in this fourth official remake — there have been several unofficial ones in India — of the 1937 original, about an alcoholic fading star (Cooper) meeting and discovering a future star (Lady Gaga). Praised for the leads' chemistry and performances, and Cooper's direction. Gaga won the best song Oscar for “Shallow”.

In Steven Spielberg's World War II drama, while war rages on in Normandy, France, an army captain (Tom Hanks) is given the task of searching for a particular private (Matt Damon), whose three brothers have already been killed.

Part of Steven Spielberg's transition towards humanitarian themes, Schindler's List tells the true story of Oskar Schindler (Liam Neeson), who spent his personal fortune to save the lives of over a thousand Jewish refugees from the Holocaust. Ralph Fiennes, Ben Kingsley co-star.

Winner of five Oscars, including Best Picture and Best Actor for Russell Crowe, this Ridley Scott-directed film tells a moving story of a Roman general (Crowe) who loses everything — his family and rank —to end up as a slave and then seeks vengeance on the perpetrator (Joaquin Phoenix).

Not many films come close to the worldwide appeal and legacy left by this sci-fi entry featuring the iconic DeLorean that Michael J. Fox's character uses to (accidentally) time travel to when his parents were his age. Strange then that it didn't get the green light for years.

Thirty years after the HBO series, Ann M. Martin's beloved children's books — about a group of girls running a babysitting business — are getting a contemporary adaptation on Netflix. It involves the original crew of Kristy Thomas, Mary Anne Spier, Claudia Kishi, and Stacey McGill, along with Dawn Schafer. And for those who want more, a short docu called The Claudia Kishi Club arrives July 10.

Cate Blanchett co-created and co-stars in this miniseries that's been inspired by a real-life story of a woman who was unlawfully detained for 10 months in Australia. It focuses on four strangers — a woman on the run from a cult, an Afghan refugee, a struggling young dad, and a driven bureaucrat — whose lives intersect at an immigrant detention centre.

This reimagining of the Arthurian legend poses a simple question: what if the legendary sword chose a queen, not a king? That individual is Nimue (Katherine Langford, from 13 Reasons Why). She is destined to end up as the Lady of the Lake but for now, she has mysterious powers, a mission, and a charming mercenary named Arthur (Devon Terrell, from 2016's Barry) by her side.

We've no reason to believe that this teen fantasy series, based on Ben Dunn's comic book character Warrior Nun Areala, will be any good. But props simply for the show's title. Here's the premise: a 19-year-old wakes up in a morgue and discovers she now has superpowers, given to her as she's the chosen one among an ancient order of demon-hunting nuns.

This documentary about Fred Rogers gives you a lot more of the American television icon than the 2019 so-called biopic A Beautiful Day in the Neighborhood, in which Tom Hanks played Rogers. It also feels more definitive, as it goes from Rogers' lonely childhood pre-World War II to his death in 2003, through the creation of his crowning achievement: Mister Rogers' Neighborhood.

Here's the full list of all the new content coming to Netflix India in July 2020. We've marked Netflix Original titles in bold for your convenience.

July 8
The Maid
Mucho Mucho Amor: The Legend of Walter Mercado
Stateless: Limited Series
Was It Love?: Season 1
Won't You Be My Neighbor? (2018)

July 14
The Business of Drugs: Limited Series
We Are One
Urzila Carlson: Overqualified Loser

July 15
Dark Desire: Season 1
Event Horizon (1997)
Fantastic Beasts: The Crimes of Grindelwald
The Players
Skin Decision: Before and After: Season 1

July 29
The Hater
Inside the World's Toughest Prisons: Season 4

EU Sets Out Rules for 5G Small Antennas in Boost for Data Capacity
Oppo F15 4GB RAM Variant Tipped to Launch in First Week of July at Under Rs. 18,000