Sacred Games, Comedians in Cars Getting Coffee, and More on Netflix in July 2018 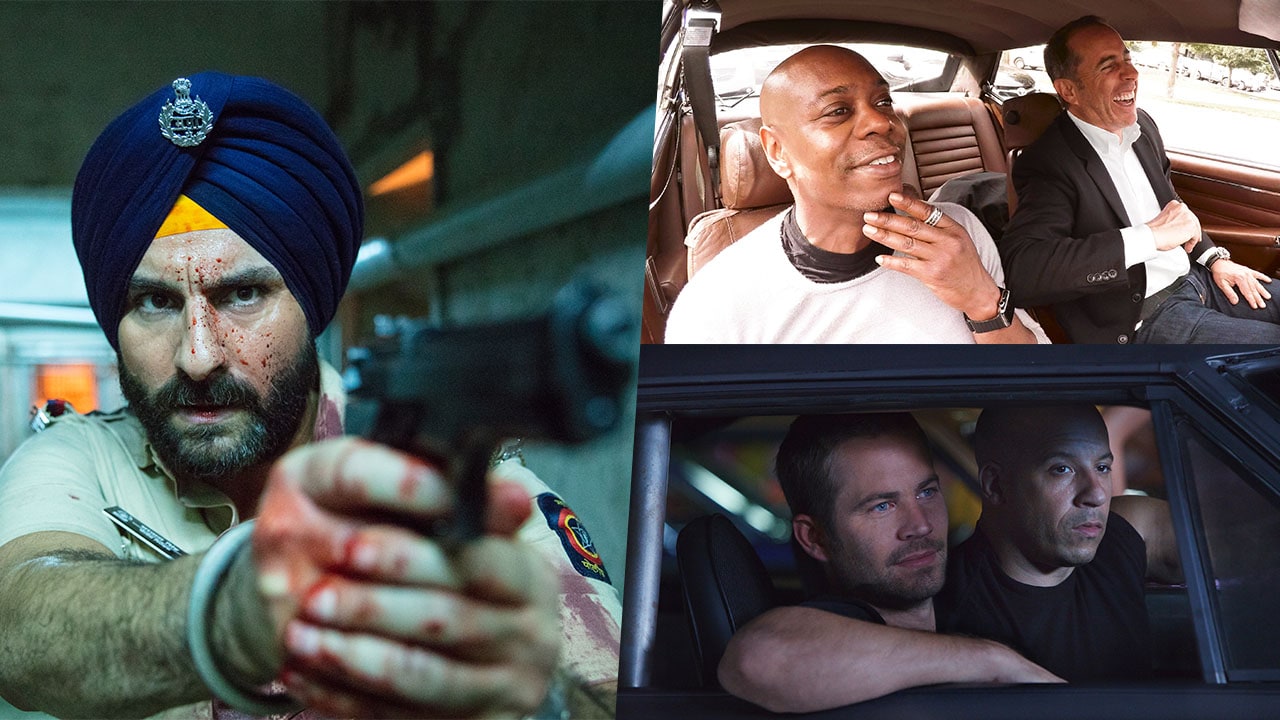 (Clockwise from left) Sacred Games, Comedians in Cars Getting Coffee, and Fast Five

Both Marvel's Luke Cage and GLOW got their second seasons in June on Netflix, and we're now headed into the month named after Julius Caesar. The highlights of Netflix's July originals line-up include the first series from India in Sacred Games on July 6, and a new season of Jerry Seinfeld’s Comedians in Cars Getting Coffee – featuring the likes of Ellen DeGeneres, Alec Baldwin, Dave Chappelle, and Zach Galifianakis, among others – on the same day, with the sixth season of Orange Is the New Black later in the month on July 27.

Elsewhere in original series, Canadian drama Anne with an E gets season 2 on July 6, with a new sitcom called Samantha! debuting on the same day. On July 15, Swedish dramedy Bonus Family makes its bow, followed by Japanese dramedy Jimmy: The True Story of a True Idiot on July 20. The doc-drama mix Roman Empire: Reign of Blood gets a second season called Master of Rome on July 27, and the month ends with the second season of French comedy A Very Secret Service.

Netflix's original movie output for July includes the Josh Brolin-starrer The Legacy of a Whitetail Deer Hunter and Spanish drama The Skin of The Wolf on July 6, and How It Ends starring Forest Whitaker a week later. There are a few more films that don’t have any details as yet.

On the documentary front, the first Friday of July brings the second chapters of First Team: Juventus, Inside the World’s Toughest Prisons, and food doc Somebody Feed Phil. On July 10, we'll get season 2 of Drug Lords. Sports doc Last Chance U gets two more parts on July 20, followed by a look at the US' profit-driven multi-billion-dollar medical device industry in The Bleeding Edge on July 27.

With school holidays in full swing in the US, July is a heavy month for children's entertainment on Netflix. The British drama Free Rein gets season 2 on July 6, with the animated film White Fang – featuring the voices of Nick Offerman, Rashida Jones, and Paul Giamatti – releasing on the same day. Captain Underpants season 1 arrives a week later, with the following week bringing another animated film called Duck Duck Goose, and season 2 of Luna Petunia: Return to Amazia. The month ends with the cartoon Cupcake & Dino – General Services, and the second season of live-action fantasy The Worst Witch.

With that, here are our four picks for July 2018 that you should watch out for, and the full list of movies and TV shows coming to Netflix India after that.

Sacred Games / July 6
Nearly two and a half years since its foray into India, Netflix's first locally-produced original is ready for release. Based on Vikram Chandra's sprawling 2006 novel of the same name, Sacred Games revolves around the intersecting lives of Mumbai city cop Sartaj Singh (Saif Ali Khan) and crime lord Ganesh Gaitonde (Nawazuddin Siddiqui). Radhika Apte is also part of the series, which has been directed in parts by Anurag Kashyap and Vikramaditya Motwane.

Sacred Games on Netflix Is Your Quintessential Anurag Kashyap Thriller

Comedians in Cars Getting Coffee / July 6
With a simple premise given away by its title, this is the Jerry Seinfeld show that's truly about nothing. As part of his Netflix deal that also includes a couple of stand-up specials, Comedians in Cars Getting Coffee returns in July after a hiatus that lasted over a year. In addition to the guests we mentioned at the start, the new season – subtitled "New 2018: Freshly Brewed" – will also feature Tracy Morgan, John Mulaney, Kate McKinnon, and Dana Carvey.

Fruitvale Station / July 15
Everyone's heard of Black Panther, but not many know about let alone have seen director Ryan Coogler's first movie: the 2013 biographical drama Fruitvale Station, which stars Michael B. Jordan – he played Killmonger in Black Panther – in the lead as 22-year-old Oscar Grant, who was killed by police officers in Oakland, California in 2009. The film also won awards at Cannes and Sundance film festivals.

Fast Five / July 1
The Fast & Furious franchise has been missing from streaming for a while, but that's about to change at the start of July with five of the eight hitting Netflix. Of those, it's Fast Five that remains the most re-watchable, thanks to the writers transforming the long-running film series beyond just street racing, introducing Dwayne "The Rock" Johnson, and Justin Lin's smart direction. It continues to mistreat women and physics, but you already knew that.

July 13
How It Ends
Jim Jefferies: This Is Me Now
Sugar Rush
Suits: Season 7
The Epic Tales of Captain Underpants

July 23
The Devil and Father Amorth

HAL-Like Robot to Help Astronaut in Space Odyssey
Pokemon Go Isn't Dead, It Apparently Made $104 Million in May