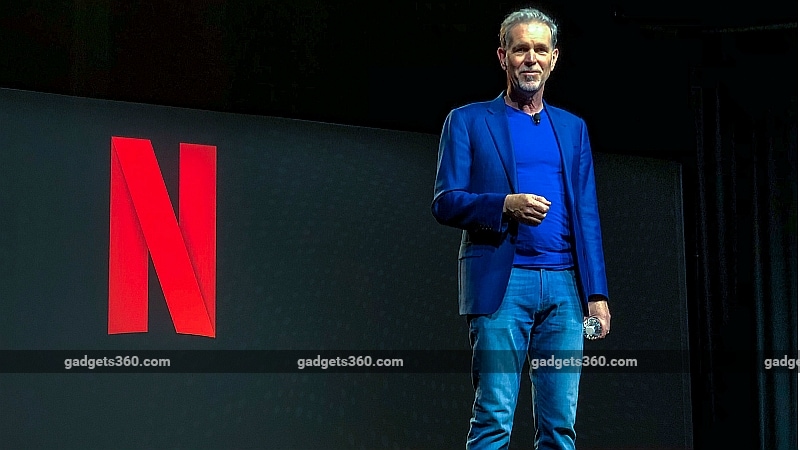 According to a recent projection by Boston Consulting Group (BCG), the market of video streaming services in India will hit the milestone of $4.5 to 5 billion (roughly Rs. 30,900 to 34,370 crores) by 2023. This shows great potential for existing players, such as Amazon Prime Video, Hotstar, and Netflix. But despite having a growth perspective, the key platforms are majorly concerned about regulations and legal tussles that could restrict their freedom over time. Netflix, alongside Star India-owned Hotstar and other local competitors, has found self-regulation as the way to avoid government censorship and at the same time retain their image of being an online platform that gives users the liberty to watch content as per their own preferences. Netflix CEO Reed Hastings in a recent media round-table in Los Angeles said that self-regulation is aimed to help protect creative freedom. He also highlighted how Reliance Jio helped boost modern video streaming demand in the country.

"None of us want strict government regulation on the content," underlines Hastings while defining the self-regulation move that Netflix, Hotstar, and other seven video streaming services announced recently. "We think we can be more flexible and protect creative freedom better if we are a little bit proactive."

While India doesn't have any specific laws pertaining to the regulation of online content, Netflix faced a legal battle last year after a complaint was filed against its first Indian original series Sacred Games. The complaint alleged that the series directed by Vikramaditya Motwane and Anurag Kashyap included a scene that insulted former Prime Minister and Congress chief Rajiv Gandhi. That conflict essentially raised concerns that the government could ultimately regulate content on OTT platforms in India -- just as it does on television and with traditional films.

Nevertheless, Hastings at the round-table mentioned that there is just discussion -- not any activity -- around online censorship. "In general, adults want to watch what they want to watch," the 58-year-old executive said. "And the Internet represents that kind of freedom. And that's freedom for Hotstar, freedom for all of the local competitors, and it's really leaning to create a blossoming in India, throughout Europe and Latin America."

Alongside Amazon Prime Video, Netflix has ErosNow, Hotstar, and SonyLiv among others as India-grown competitors. The list is also getting bigger with players such as AltBalaji and ZEE5 jumping on the bandwagon. However, Hastings is triumphant with the success of his platform that was formally launched in the country alongside over 129 other countries in one go back in January 2016.

"If you're an Indian creator, there used to be very few places to go, and now, there are many places to go. People are pouring in," he adds.

One of the reasons behind the success of online platforms like Netflix in India in Hastings' view is the launch of Reliance Jio. "There's nothing more impressive in the world in the past four years than Reliance Jio in India," the executive claims while talking about how Reliance Jio and other telcos helped drive the market in the country.

Hastings also comments on why Netflix doesn't have plans to join Apple's video streaming service that is expected to announce on March 25. "We prefer to have members watch our content on our platform," he affirms.

Written with inputs from Akhil Arora