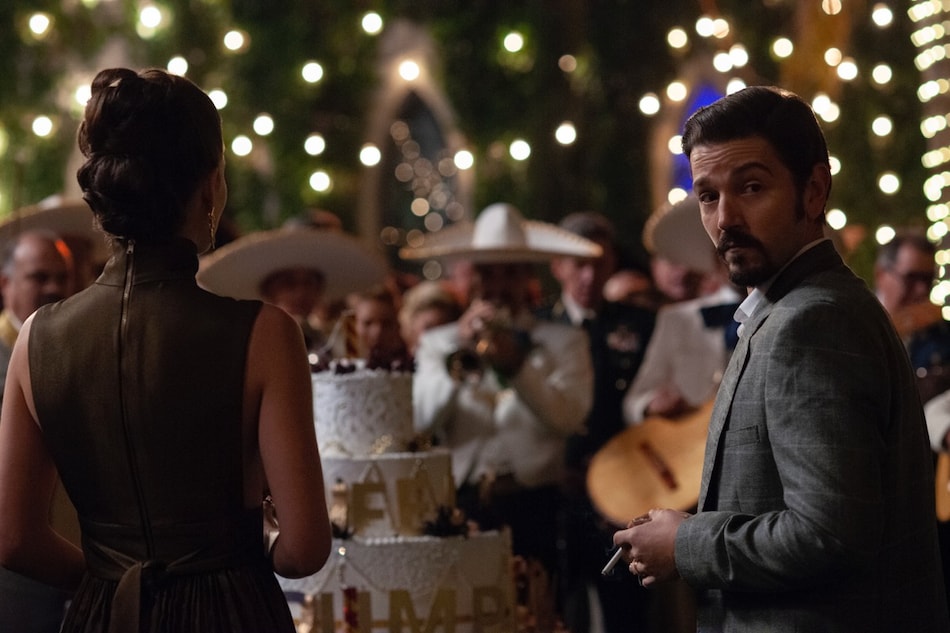 There's no other way to put this: it's going to be a light February for Netflix, be it in terms of originals or acquisitions. The return of Narcos: Mexico on February 13 is the obvious highlight of the streamer's new month. Towards the end of the month on February 27, the cyberpunk sci-fi series Altered Carbon will be back after two years, with Anthony Mackie taking over from Joel Kinnaman in the lead. That same day, we'll get a CGI remake of the first Pokémon movie, Pokémon: Mewtwo Strikes Back—Evolution. And then there's the sequel to To All the Boys I've Loved Before. To All the Boys: P.S. I Still Love You is out February 12.

Meanwhile, the fifth season of Outlander — it airs on Starz in the US — will arrive February 17 on Netflix in India. Elsewhere, Alison Brie (GLOW) co-wrote and stars in Horse Girl, a film about a socially-awkward woman whose lucid dreams gatecrash her life. Horse Girl premieres February 7. Jon Favreau is back with a third volume of The Chef Show on February 19. Speaking of documentaries, Alfonso Cuarón has one in Road to Roma, out February 11, in which the Oscar-winner reflects on the film and his childhood. Closer to home, we've a new series in Taj Mahal 1989, out February 14, and a stand-up comedy special from Amit Tandon, which lacks a release date.

And over in the licensed department, what stands out are the incoming (first volume of) Studio Ghibli movies, thanks in part to the deal that was announced back in January. With that, here are our 10 picks for February 2020 that you should watch out for, and the full list of movies and TV shows coming to Netflix India after that.

DEA agent Kiki Camarena (Michael Peña) is dead, which prompts the US to launch Operation Leyenda in response, led by DEA agent Walt Breslin (Scoot McNairy). He becomes one of multiple new headaches for Miguel Ángel Félix Gallardo (Diego Luna), as the Guadalajara cartel boss must also deal with in-fighting within his growing drug empire.

The pretense is done and Lara Jean (Lana Condor) and Peter (Noah Centineo) are officially together. But the entrance of John Ambrose (Jordan Fisher) — introduced in a mid-credits scene in the original — changes everything for Lara as she's made to wonder if she can be in love with two boys at the same time. Will be followed by a final chapter: To All The Boys: Always And Forever, Lara Jean.

Set in post-war rural Japan, a heartwarming tale of a professor's two young daughters who have adventures with friendly forest sprits, which includes the titular character. Totoro is now the face of Studio Ghibli, whose films are arriving on Netflix as part of a new deal. Written and directed by the great Hayao Miyazaki.

In the first film officially under the Studio Ghibli banner, a young boy and a girl protect a magic crystal from pirates and military agents, while on the search for a legendary floating castle. Wonderfully animated and told, a milestone in the steampunk genre and very influential in Japanese culture. Also written and directed by the great Hayao Miyazaki.

A coming-of-age story of the young titular witch, who opens an air delivery business, helps a bakery's pregnant owner in exchange for accommodation, and befriends a geeky boy during her year of self-discovery. Part of the Studio Ghibli collection; also written and directed by the great Hayao Miyazaki.

Transformed into an anthropomorphic pig by an unusual curse, an Italian World War I ace fighter veteran now works as a freelance bounty hunter in 1930s Adriatic Sea. Part of the Studio Ghibli collection; also written and directed by the great Hayao Miyazaki. One of the few Miyazaki films that could have happened in the real world.

Ben Stiller directed this satirical action comedy in which he stars alongside Robert Downey Jr. and Jack Black as actors who are dropped into the jungle during the Vietnam War to film a movie. The plan is to film them secretly with hidden cameras. Things go horribly bad as you can imagine, in no part thanks to the giant egos of everyone involved in production.

Here's the full list of all the new content coming to Netflix India in February 2020. We've marked Netflix Original titles in bold for your convenience.

February 6
Cagaster of an Insect Cage

February 12
To All the Boys: P.S. I Still Love You

February 15
Curtiz
Willy and the Guardians of the Lake: Tales from the Lakeside Winter Adventure

February 26
I Am Not Okay With This: Season 1