Ghoul, Disenchantment, Ozark, and More on Netflix in August 2018 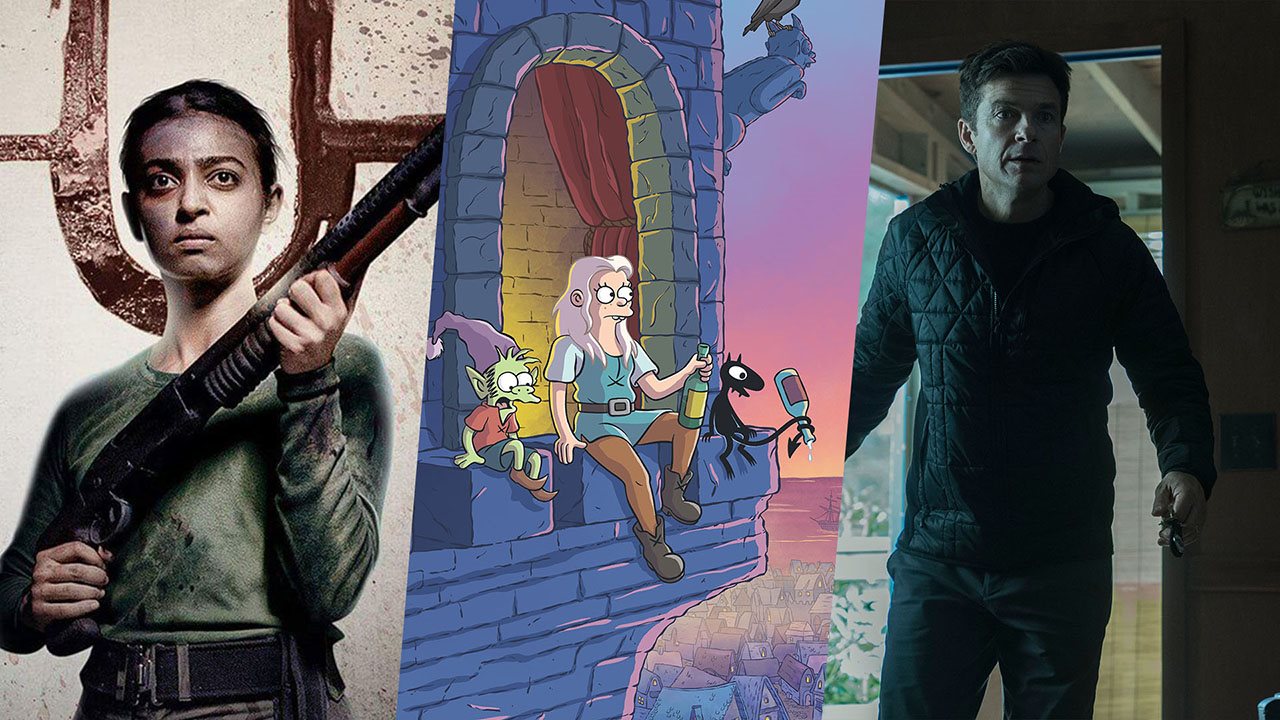 After delivering its first original series from India – Sacred Games – in July, Netflix has two more local offerings in the month of August: Ghoul, a horror miniseries starring Radhika Apte on August 24, and Brij Mohan Amar Rahe, a dramedy earlier in the month on August 3. Meanwhile, Matt Groening's new animated series Disenchantment, arriving August 17, and the return of Jason Bateman-starrer crime drama Ozark on August 31 are the big names on the international front.

Beyond that in the original series space, Japanese high-school drama Switched opens the month, followed by the premiere of Spanish crime drama Cocaine Coast on August 3. The week after – August 10 – has three names: a US sitcom called All About the Washingtons,Spanish dark comedy The House of Flowers, and high-school drama Insatiable that has been the subject of much controversy. That leaves Polish crime drama Ultraviolet on August 17, British teen fantasy The Innocents on August 24, and US animated comedy Paradise PD closing the month.

Over in the film side, The Good Place's Kristen Bell and Fraiser's Kelsey Grammer star in Like Father, out August 3. Jake Szymanski's (Tour de Pharmacy) teen comedy The Package and English period drama The Guernsey Literary and Potato Peel Pie Society starring Cinderella's Lily James bow a week later. Canadian rom-com To All The Boys I’ve Loved Before opens August 17 alongside Spanish film The Motive (El Autor); comedy The After Party is out August 24, and another Spanish film called The Laws of Thermodynamics (Las Leyes de le Termodinámica) follows on August 31.

Netflix has four original documentaries slated for August: death-row inmates talking about their crimes in I Am A Killer and spotlight on a top college's marching band in Marching Orders on August 3; the self-explanatory The Investigator: A British Crime Story returns for season 2 on August 19; and a behind-the-scenes look at BuzzFeed reporters in Follow This starts August 23.

With school still out in the US, August brings more kids' content. A new drama about a young horse enthusiast called The Ponysitters Club gallops in August 10, alongside the seventh season of Voltron: Legendary Defender. There's a new animated show called Pinky Malinky on August 17, with the second season of edutainment series Ask the StoryBots on August 24.

With that, here are our four picks for August 2018 that you should watch out for, and the full list of movies and TV shows coming to Netflix India after that.

Disenchantment / August 17
Nearly two decades after he created Futurama, the first new show from Matt Groening – best known for The Simpsons – is an adult fantasy animated series about a hard-drinking young princess named Bean (voiced by Broad City's Abbi Jacobson) who runs away to find herself along with two companions including an elf named Elfo (voiced by Oscar-winning screenwriter Nat Faxon) and her "personal demon" called Luci (voiced by comic Eric Andre).

Infernal Affairs (2002) / August 1
Martin Scorsese's Oscar-winner The Departed, starring Leonardi DiCaprio and Matt Damon, was a remake of this equally-gripping and critically-acclaimed Hong Kong film, co-directed by Andrew Lau and Alan Mak. Just like Scorsese's, it tells the story of two individuals, a police officer and a triad member, who infiltrated their opposite organisations – the triad and the police force – to gather intelligence years ago, and are then tasked to find each other in the hunt for the mole.

Iron Man (2008) / August 1
The film that kicked off Marvel's crazy cinematic universe – and revived Robert Downey Jr.'s career – still stands as one of the best the studio has made. (We placed it at #2 on our list for a reason, after all.) Anyone who watches superhero movies has seen this one (hopefully), but there's no better time to revisit the story of a billionaire, conceited genius building a suit to fight his own legacy than in its tenth anniversary year, andreflect on how far we've come.

Touch of Evil (1958) / August 1
Orson Welles wrote, directed and co-starred in what is now regarded as among his best work and one of the last examples of classic-era film noir. It was listed on Sight & Sound's 2012 poll, though not for the version Welles saw in his lifetime. He was unhappy with the initial edit and published a lengthy memo setting out his grievances, but a re-edited version incorporating his requests would only see the light of day over a decade after his death.

August 9
The Most Unknown

August 14
The Secret Life of Pets

August 15
Hurricane Bianca: From Russia With Hate
The Danish Girl

August 23
Follow This
How to Get Away with Murder: Season 4

August 24
Ask the StoryBots: Season 2
Bert Kreischer: Secret Time
Deadwind: Season 1
GHOUL: Season 1
The After Party
The Innocents: Season 1
The Magic Pill
The Power of Grayskull: The Definitive History of He-Man and the Masters of the Universe