Alongside Ghostbusters: Afterlife, Russian Doll season 2, and Anatomy of a Scandal. 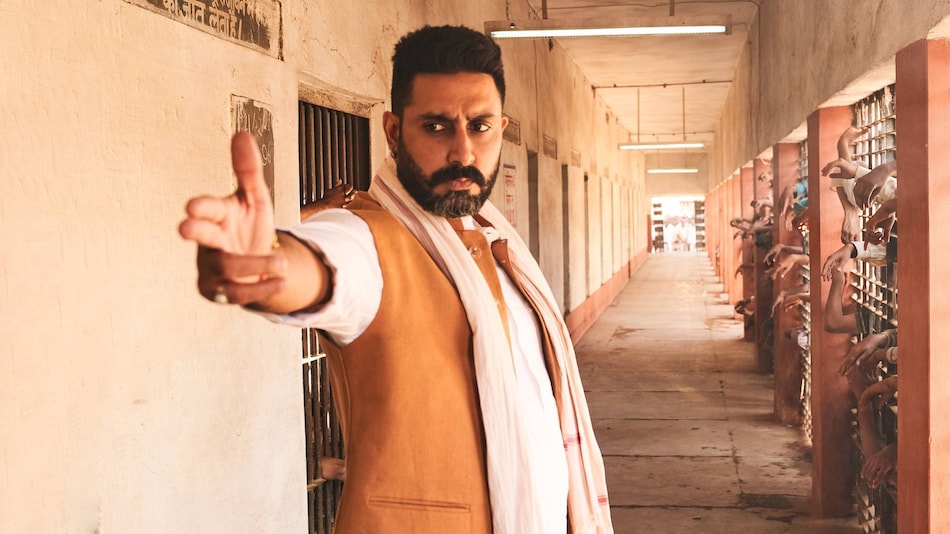 Netflix has announced just one Indian original for April 2022 so far. It's called Mai and in it, Sakshi Tanwar plays a grieving mother who discovers the criminals involved in her daughter's tragic death, and then transforms from meek to merciless to dig out the truth. Mai is out April 15 on Netflix. There is a second Indian title on Netflix in April, but it's not an original. In Dasvi, Abhishek Bachchan plays an uneducated jailed politician who decides to study for high school under the watchful eyes of a tough cop (Yami Gautam), while his scheming wife (Nimrat Kaur) sketches out her own plans. Dasvi is out April 7 on Netflix as well as JioCinema. And on April 26, the Alia Bhatt-led Sanjay Leela Bhansali period drama, Gangubai Kathiawadi, makes its way to Netflix two months after its theatrical release.

If it's simply Indian actors you want, then you should also consider The Bubble — out April 1 on Netflix — the new movie from Judd Apatow (Knocked Up) that has a role for Vir Das alongside Karen Gillan, Pedro Pascal, Leslie Mann, Keegan-Michael Key, and more. The Bubble is Apatow's pandemic movie, as it follows a cast and crew trying to finish filming a movie about flying dinosaurs — basically Jurassic Park, just look at that font — while quarantining at a posh hotel.

There are a few big names outside of that in the Netflix original movies department in April 2022. Boyhood writer-director Richard Linklater returns with the animated Apollo 10 1/2 that is inspired by his own childhood. Jack Black and Zachary Levi are part of the voice cast. Apollo 10 1/2 is also available April 1. A week later on April 8, The Kissing Booth's Joey King stars in new Netflix coming-of-age love story The In Between that involves a tragic accident and supernatural events. On the same day, we also have teen comedy Metal Lords, for which Game of Thrones co-creator D.B. Weiss supplied the script. Jaeden Martell (It, Knives Out) is among the cast.

In April 2022, Netflix has something for everyone in the returning series section. Russian Doll returns after three years with a second season that is set four years later. If those numbers are throwing you, wait till you see the new season that mixes things up with a time portal. Russian Doll season 2 blasts in April 20 on Netflix. A new semester begins in Elite season 5 — streaming April 8 — and with that comes a new victim, a new perpetrator, and a new mystery.

The biggest name in fact is not a Netflix original: Better Call Saul. The Breaking Bad spin-off will kick off its sixth and final season in mid-April. It begins April 18 in the US on AMC, and April 19 in India on Netflix. The 13-episode Better Call Saul season 6 will air in two parts, with the final six episodes beginning in mid-July after a short break.

Additionally, at least three Netflix original series will also bid us farewell in April. Top of the pile is the Jason Bateman-driven crime drama Ozark, with the second part of the fourth and final season — taking the Better Call Saul approach — landing on April 29 on Netflix. On the same day, the Jane Fonda and Lily Tomlin comedy series Grace and Frankie drops the final episodes for its seventh and final season. And 10 days earlier, the Pacific Rim anime Pacific Rim: The Black returns for its second and final season, following the same Jaeger-controlling siblings as before.

While there's a lot for the returning crowd, there's only one worthwhile name among the crop of new Netflix original series. That honour goes to Anatomy of a Scandal, Emmy winner David E. Kelley's adaptation of the bestselling novel. After a powerful British politician is accused of a shocking crime, the privileged life of the wife unravels as scandalous secrets surface. Sienna Miller, Michelle Dockery, Rupert Friend, and Naomi Scott star in Anatomy of a Scandal, which drops all episodes April 15 on Netflix.

Over in the world of Netflix original documentaries, April 2022 gives us former US President Barack Obama narrating the docuseries Our Great National Parks — I'm positive you can guess what that's about — from April 13. About a week earlier, Free Solo's Oscar-winning directors Jimmy Chin and Elizabeth Chai Vasarhelyi give us a look at an historic space mission with Return to Space, as Elon Musk and SpaceX engineers attempt to return NASA astronauts to the International Space Station. Return to Space premieres April 7 on Netflix.

That leaves the new interactive game show Trivia Quest where you can quiz yourself across varying levels of difficulty and a diverse range of topics. Trivia Quest begins April 1 on Netflix.

Lastly, the latest ghostbustin' movie Ghostbusters: Afterlife — pretty much Stranger Things by way of Star Wars: The Force Awakens — comes to Netflix in India on April 10.

With that, here's the full list of movies and TV shows coming to Netflix India in April 2022. We've marked Netflix Original titles in bold.

Anatomy of a Scandal

WhatsApp Updates Voice Messages With Out of Chat Playback, Ability to Pick Up Messages Where You Left Off
Facebook-Parent Meta Hires Republican Consulting Firm to Smear TikTok in US: Report