Monty Python, the Bourne Trilogy, Fargo, and More on Netflix in April 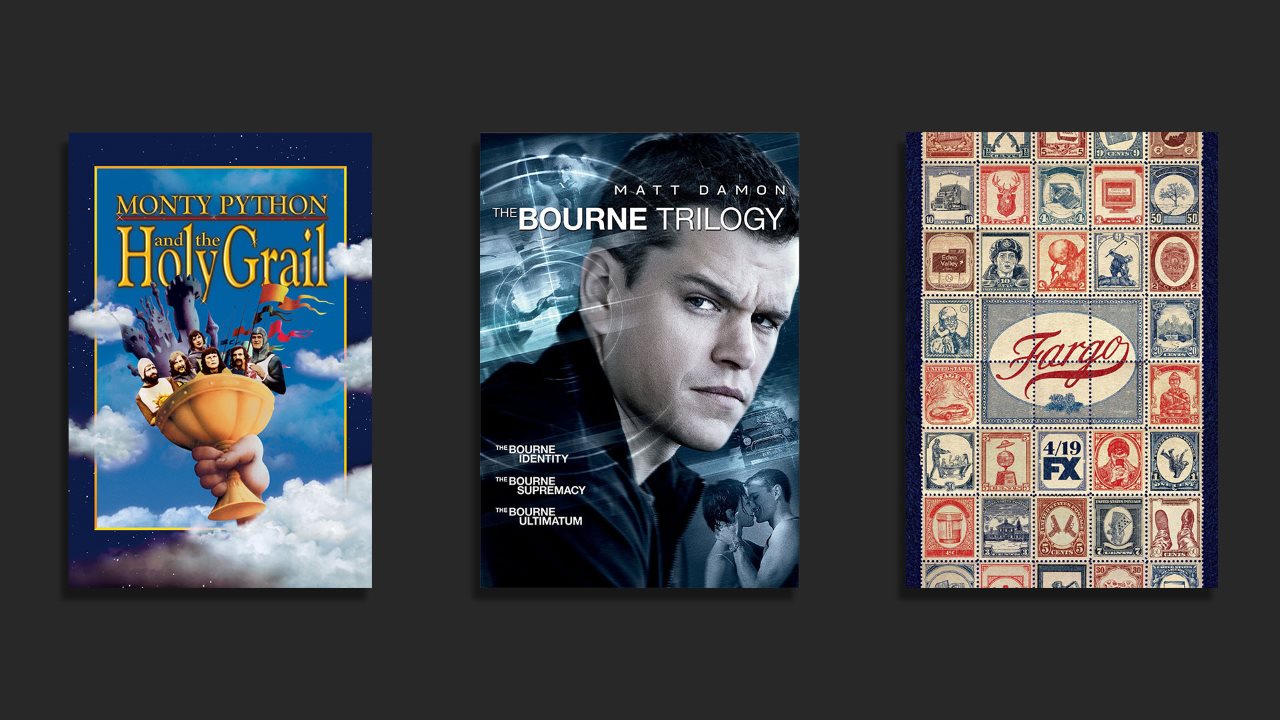 Jessica Jones, Annihilation, and A Series of Unfortunate Events were the highlights of Netflix's March, which was a definite step-up from February. The same couldn't be said of Netflix's original film output, which produced half a dozen forgettable names, though March did bring two interesting documentaries: Wild Wild Country, and Flint Town.

April doesn't have as many big names, but there are still close to 40 new Netflix originals across film, TV, documentary, stand-up, talk shows, and anime. The most prominent include the modern-day remake of Irwin Allen's 60s sci-fi series Lost in Space on April 13, and the next Adam Sandler film, The Week Of, starring Chris Rock and Sandler, on April 27.

Elsewhere in Netflix's TV lineup for April, the love story that led to the Trojan War gets a series adaptation in Troy: Fall of a City, and crime drama Money Heist gets its second part on April 6. The first season of a French mystery drama The Chalet lands on April 17, followed by the first seasons of period drama The Alienist and German hospital drama Charité on April 19. After that, the first season of Australian comedy The Letdown hits Netflix on April 21, and season two of Brazilian dystopian thriller 3% arrives April 27.

Over in the realm of film, Netflix has about a dozen offerings in April. There are four alone on April 6: Abbi Jacobson and Dave Franco in 6 Balloons, which premiered at SXSW in March, high school basketball drama Amateur, Spanish sci-fi drama Orbiter 9, and based-on-real-life sports drama The 4th Company. The week after (April 13) brings Sundance premiere Come Sunday, starring Chiwetel Ejiofor and Martin Sheen, and French dark comedy I Am not an Easy Man. April 20 brings coming-of-age comedy Dude, and the Ed Harris-Jason Sudeikis drama Kodachrome. That leaves Asian sci-fi action Psychokinesis for April 25.

Over in documentaries, Chef's Table gets a four-part pastry chef spin-off on April 13, that will visit Indonesia, Italy, Spain, and the US. Mercury 13, arriving April 20, profiles the women who went through test training to become astronauts in the 60s, but were overlooked for men. Post that, Bobby Kennedy for President, which marks the 50th anniversary of his presidential run that was cut short by his assassination, lands April 27.

That brings up to stand-up specials, which includes Greg Davies, Kevin James, and a special event from Seth Rogen in April. David Letterman's monthly talk show My Next Guest Needs No Introduction gets its fourth guest, Jay-Z, on April 6. There's only two anime originals, the third season of Wakfu on April 1, and Aggretsuko featuring Retsuko the Red Panda, which is out April 13.

With that, here are our four picks for April 2018 that are definitely worth watching in a month that's low on promising Netflix originals, and the full list of movies and TV shows coming to Netflix India after that.

Monty Python and the Holy Grail / April 15
One of the greatest comedies of all time, the 1975 slapstick from the Monty Python parodies the legend of King Arthur's quest to find the Holy Grail to brilliant effect. Starring all six members of the group as Arthur and his knights, and directed by two among them – Terry Gilliam and Terry Jones – off a script they co-wrote, Monty Python and the Holy Grail stands tall even four decades since its release. Netflix is also adding the religious satire Life of Brian on the same day, which is also a strong contender for the greatest comedy, and spent years being banned due to its themes.

The Bourne Trilogy / April 1
Although there are technically now five movies, Matt Damon's turn as a grittier, more pragmatic - and amnesiac - version of James Bond is best viewed as a trilogy, since he's missing from the fourth film and the lacklustre nature of the fifth chapter. From Identity to Ultimatum, The Bourne franchise is immaculate, introducing us to an anti-hero lost and completely on his own, as he slowly regains his sense of self, and then delivers a note-perfect conclusion in the third entry.

Fargo: Season 3 / April 20
Noah Hawley was inspired by the Coen brothers' film of the same name to develop his TV series, but over three wonderful anthology seasons, he found a groove that he can proudly call his own. The show's latest season, starring Ewan McGregor in dual roles, Carrie Coon, Mary Elizabeth Winstead, and David Thewlis, wasn't as seamless as its first two, but it still provided terrific commentary on the state of capitalism, while introducing us to new characters that were as eccentric as always, bolstered by terrific performances from the aforementioned cast.

Eternal Sunshine of the Spotless Mind / April 1
Considered one of the best films of the 2000s, Kate Winslet and Jim Carrey star as an estranged couple who erase each other from their memories thanks to a new technology, and then start dating again. Thanks to Charlie Kaufman's imaginative script and Michel Gondry's astute direction, Eternal Sunshine is beautiful, heart-breaking piece of art, one that's wonderful and weird in equal parts, and finishes in a style that brings together its various themes in bittersweet perfection.

April 4
How do you like Wednesday?: Mopeds Throughout Japan
iZombie: Season 3
Shadowhunters: The Mortal Instruments: Season 3, weekly

April 17
Learning to Drive
The Chalet: Season 1
The Honeymoon Stand Up Special: Collection