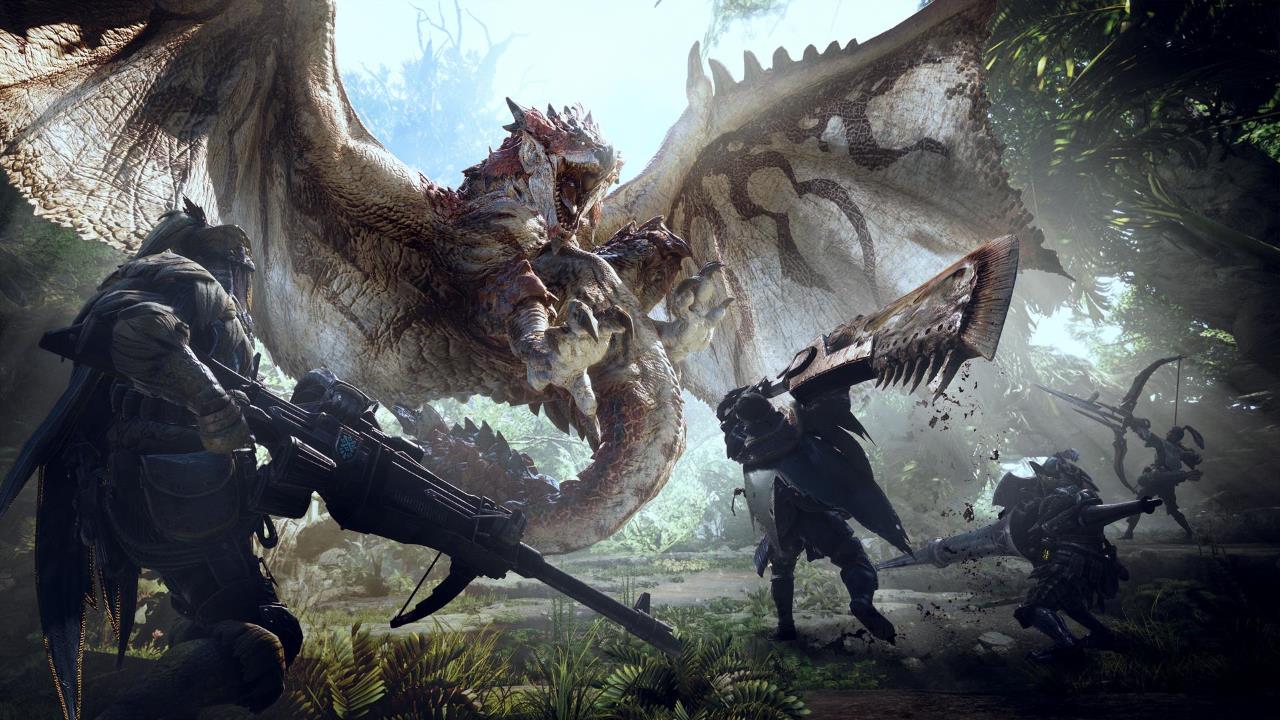 Last Friday, The Hollywood Reporter said that Ken Watanabe (Letters from Iwo Jima, The Last Samurai) had joined the cast of Detective Pikachu, the live-action Pokemon film. He’ll play Detective Yoshida, a character specifically created for the movie. Ryan Reynolds is voicing Pikachu, if you didn’t know. Detective Pikachu is slated for release May 10, 2019.

According to a report in The Daily Mail, the standalone Black Widow movie might be out in 2020. A source said that Scarlett Johansson had signed on for a $25-million deal, and both Jude Law and Ben Mendelsohn – who are set to appear in Captain Marvel – might also be part of Black Widow. This all seems a bit dubious, considering the two films take place in different time periods.

On Tuesday, the Academy of Motion Picture Arts & Sciences revealed the nominations for the 90th Academy Awards, better known as the 2018 Oscars. Guillermo del Toro’s The Shape of Water led the pack with a total of 13 nominations, including Best Picture, Best Director, Best Actress, and Best Original Screenplay. Christopher Nolan’s Dunkirk was second with eight.

Later that day, Castlevania writer Warren Ellis revealed on Twitter that the Netflix anime would return for a second season in summer 2018 with eight more episodes, doubling the count from the first season. There are no other details.

In an interview with Glamour this week, Stranger Things producer Shawn Levy said that the show’s third season – which is rumoured to premiere in 2019 – will deal with “forces of evil that are new”. Much of the plotting is already done, with Levy noting to expect 8-9 episodes, and that season 3 will “give Will a break” while giving us more of Steve and Dustin’s friendship.

X-Men: Dark Phoenix star Evan Peters let slip up that Hans Zimmer would be scoring the film, which means the famed composer's retirement from the superhero business, after his unhappiness with Batman v Superman: Dawn of Justice, has been short-lived. X-Men: Dark Phoenix is out November 2.

TV:
Mosaic
First released as a mobile app late last year where viewers could watch the story from the perspective they chose, Mosaic is now getting the standard television treatment from its creator Steven Soderbergh. The six-part murder mystery centres on the disappearance of children's book author/illustrator Olivia Lake (Sharon Stone) and the two men she knew: Joel (Garrett Hedlund) and Eric (Frederick Weller).

Soderbergh is taking a non-traditional approach to releasing the show, with new episodes out every day since the Mosaic premiere on Monday. The series will finish with a double-header on Friday. Soderbergh has two other interactive storytelling projects in the pipeline, both of which are based on the Mosaic platform.

Reviews for Mosaic have been fairly positive, with Variety’s Maureen Ryan noting it picks up after a slow, bumpy start, “especially when Petra Neill (Jennifer Ferrin) turns up to ask residents and local cops the kinds of awkward questions they’d rather not answer. Mosaic, like many of the best mystery tales, provides some unsentimental social commentary along with the solution of a crime.”

Dirty Money
Oscar-winner Alex Gibney – known for Taxi to the Dark Side, Enron, and Going Clear – turns his documentarian lens onto corruption and scandals in the world of business, using first-hand accounts from perpetrators and their victims, in combination with rarely-seen video footage to enlighten viewers and tap into public scepticism and outrage.

“We didn’t find anything they were doing was illegal,” a woman says at one point in the trailer. “And that’s the thing that’s startling about this.” When Gibney asks someone if they’re a moral person, he pauses and then replies: “I’m a business person.” If you enjoy eye-opening documentaries, you owe it to yourself to see Dirty Money.

Movies:
The Killing of a Sacred Deer
Starring Colin Farrell and Nicole Kidman as a cardiovascular surgeon and ophthalmologist couple Dr. Steven and Anna Murphy, who live with their two perfect children: 12-year-old Bob (Sunny Suljic) and 14-year-old Kim (Raffey Cassidy). They lead an idyllic life, which is slowly disrupted after Steven takes a fatherless teen, Martin (Barry Keoghan), under his wing.

Martin keeps finding ways to insert himself into the lives of the Murphys, and begins influencing the wife and children. His full intent becomes clear after he confronts Steven with a long-forgotten transgression. Co-written and directed by Yorgos Lanthimos (The Lobster), The Killing of a Sacred Deer premiered at Cannes 2017, where it shared the Best Screenplay award with another film.

The film has been praised by most critics, with Empire’s Andrew Lowry saying: “Working as a profound meditation on karma, predestination and guilt and a proper scary movie, this is near career-best work from all involved.” The Atlantic’s David Sims felt “Lanthimos has made a tense, heart-wrenching tale with an admirably askance view of humanity that’s a worthy successor to his prior works”.

How to access: Amazon US, Amazon Video US, Google Play US, iTunes US, or YouTube US
Time commitment: 2 hours and 1 minute

Other mentions:
The second season of One Day at a Time, the remaining of the Norman Lear 1970s sitcom that focuses on a Cuban-American family across three generations, is now on Netflix. Black Lightning, the newest DC show we recommended earlier this month, is now available on Netflix too. You should also check out our January guide for more Netflix picks.

Video games:
Dragon Ball FighterZ
A fighting game based on the titular franchise, Dragon Ball FighterZ borrows gameplay concepts from Marvel vs. Capcom in terms of controls and team mechanics. You get to select three characters, and can switch between them during fights. A team-mate can also be called upon to perform an “Assist” move. You can choose from a total of 24 playable characters – including multiple variants of Goku – who have been designed in high-end anime graphics to make it the definitive fighting game for new-age consoles, PlayStation 4 Pro and the Xbox One X. Arc System Works, the developer of Guilty Gear, worked on the game.

Dragon Ball FighterZ has received great reviews, being labelled as one of the best fighting games in years. IGN called it “an inviting gateway into the world of fighting games for newcomers — whether you’re a Dragon Ball fan or not. Dragon Ball FighterZ has enough depth and complexity to glow as brilliantly as a Super Saiyan.” Polygon said it “marries the intensity of Dragon Ball’s battles with Arc’s history of exciting fighting games. Everything you do delivers screen-filling spectacle, from one-button attacks to literally earth-shattering moves that dramatically end matches. Various attacks and character poses are ripped straight from the comics and cartoon, which is a treat for longtime fans of the series.”

How to access: PlayStation 4, Steam for PC, or Xbox One
Time commitment: As much as you want, really

Set in an open-world and played from third-person view, MHW puts you in the role of a hunter who’s headed to a new continent. There, you’ll track down and bring down vicious beasts, while battling and using the environment you’re in to your advantage. MHW brings all fourteen weapon types from previous entries in the franchise, and has support for up to four-player co-op mode.

We loved the game, as you can tell from our review, be it the fantastic visuals, the rich gameplay, and the game’s accessibility and depth. There’s enough here to keep you occupied for days, and the variety of monsters will have you strategising and looking for specific weaknesses, which leads to unique fights.

How to access: PlayStation 4, or Xbox One
Time commitment: 40 hours

The Red Strings Club
Rendered in the 90s pixelated style, The Red Strings Club is a cyberpunk narrative game, much of which takes place in a dive bar. It focuses on the bartender and his lover who are working together to bring down a mega-corporation – Supercontinent – which is about to release a mind-control technology that blocks criminal behaviour.

As the bartender, you’ll mix drinks that generate the desired emotional response. As his boyfriend hacker, you’ll try to infiltrate Supercontinent’s systems by way of telephone fraud. And as an android Arkasa-184, you’ll engage in pottery to create implants for humans based on their desires and needs. Along the way, the game comments on free will and social order.

It’s been well-received by most critics, with Attack of the Fanboy commenting how it “will force you to make tough decisions while questioning your own thoughts about important, current day topics” while Game Informer noted that the poor mini-game controls don’t take away from the “fascinating subject matter, well-written characters, and unique approaches to gameplay”.

How to access: Steam for PC
Time commitment: 8 hours

Other mentions:
Subnautica, an alien underwater adventure survival game that has been in early access for more than three years, has finally gotten a public release. It’s now available for Windows and macOS, with an Xbox One version coming later this year.

This week also saw the release of an expansion for Total War: Warhammer II – Rise of the Tomb Kings. It brings a new region in the arid deserts of Nehekhara, and a new gameplay style owing to how the Tomb Kings faction functions.