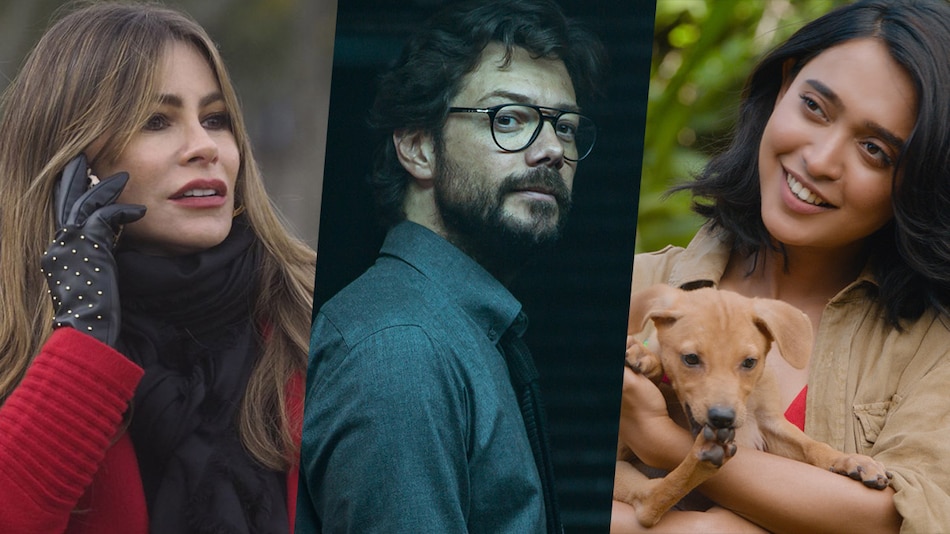 The biggest TV title of March — The Mandalorian — was gifted over two weeks early thanks to the (botched) beta roll-out of Disney+ Hotstar, which now launches officially Friday. Star Wars fans have no doubt already watched it, so you won't find it below. April also saw the return of confounding sci-fi Westworld and Jason Bateman-led Ozark for their respective third seasons. The former continues through March, as is the case for the other HBO series, The Plot Against America, from the creator of The Wire. Joining them in April is a jam-packed list of new and returning TV, and that's despite us not being able to include some (like Killing Eve) which don't air weekly on India.

Disney+ Hotstar has five new titles — from the last few episodes of Modern Family to new shows featuring Cate Blanchett and Phoebe-Waller Bridge — despite not having a single new Disney+ original series. Netflix also has five. Money Heist is easily the most-talked about title, but there's promise in the hands of Mindy Kaling and Vir Das, who are drawing on their own lives in one way or another. And if it's local content you're after, Amazon has two of those on offer: the return of Four More Shots Please!, and another from the house of The Viral Fever (TVF).

When: April 3
Where: Apple TV+

The first of two Apple originals in April is based on the true story of young journalist Hilde Lysiak (Brooklynn Prince, from The Florida Project) who unearths a cold case that everyone, including her father, is trying to bury in a small lakeside town. Created by Dana Fox (The Wedding Date) & Dara Resnik (I Love Dick), and directed by Jon M. Chu (Crazy Rich Asians). Three episodes on release date, and the remaining seven weekly thereafter. Already renewed for a second season.

When: April 3
Where: Netflix

“The war had begun.” That's how the hit Spanish heist series ended its third season. (“Part”, to be precise. The new “Part 4” is technically the second half of the second season.) When the fourth season begins, everything is in chaos: the Professor (Álvaro Morte) thinks Lisbon (Itziar Ituño) is dead, Nairobi (Alba Flores) is somehow hanging in there, and Tokyo (Úrsula Corberó) and Rio (Miguel Herrán) have invited the army's wrath. On top of all that, an insider plans to defect.

When: April 3
Where: Amazon Prime Video

Watch the Trailer for TVF's Panchayat

Tales from the Loop

When: April 3
Where: Amazon Prime Video

Swedish painter Simon Stålenhag's futuristic art book of the same name is the foundation for this new sci-fi series, which tells the story of a rural Swedish town where people live above “The Loop”, a machine that has unlocked the mysteries of the universe and brought to life things that were confined to sci-fi. Rebecca Hall (Vicky Cristina Barcelona), Paul Schneider (Parks and Recreation), and Jonathan Pryce (The Two Popes) star. Nathaniel Halpern (Legion) is the creator.

When: April 9
Where: Disney+ Hotstar

We don't usually bring in ongoing series in our TV guide, but a series finale for a long-running popular show deserves a mention. After 11 seasons and 248 episodes — the two-part hour-long finale will make that an even 250 — the once-brilliant mockumentary about the extended Pritchett clan is ready to wrap things up. If you've never seen the show, you'll need a full five days — that's 124 hours — to catch up. Sleep is for the weak (or dead?).

When: April 13
Where: Disney+ Hotstar

Fleabag's Emmy-winning creator Phoebe Waller-Bridge is an executive producer and recurring star on this black comedy thriller that comes from the mind of Waller-Bridge's frequent collaborator, Vicky Jones. In it, a woman (Merritt Wever, from Unbelievable) with a boring suburban life drops everything for a pact she made with her college boyfriend (Domhnall Gleeson, from About Time).

When: April 16
Where: Disney+ Hotstar

Cate Blanchett leads the power-packed cast — Sarah Paulson, Elizabeth Banks, Uzo Aduba, Rose Byrne, Margo Martindale, and John Slattery the others — in her American TV debut with this miniseries that tackles the story of Phyllis Schlafly, a conservative activist who opposed the Equal Rights Amendment in the 1970s. Three episodes on release date, with the remaining six weekly thereafter.

What We Do in the Shadows

When: April 16
Where: Disney+ Hotstar

Based on Taika Waititi and Jemaine Clement's 2014 mockumentary horror comedy film, the story of four vampire housemates who have been living together for hundreds of years on New York's Staten Island continues in the second season, which will feature the likes of Mark Hamill (Star Wars) and Haley Joel Osment (Future Man) as guest stars. Two episodes on release date, and one weekly thereafter.

When: April 16
Where: Netflix

After airing over the New Year period in Israel on local TV, the third season of the political thriller — first announced all the way back in December 2017 before the second season released, confirming the series' uber popularity — reaches global audiences. In it, Doron lays a trap for a determined young boxer when a months-long covert mission puts him and his team on the trail of a Hamas leader high on Shin Bet's — the Israeli equivalent of the FBI — wanted list.

When: April 17
Where: Amazon Prime Video

The all-women quartet — Sayani Gupta, Kirti Kulhari, Bani J, and Maanvi Gagroo — is back for more meaningless sex and rocky relationships in the second season of this romantic comedy-drama, which finds them jetting off to Istanbul and Udaipur when they're not busy living it up in the posh upscale neighbourhood of south Mumbai. It stays all women behind the scenes too, with Nupur Asthana (Bewakoofiyaan) the new director, and Ishita Nandy joining her sister Rangita as co-showrunner.

When: April 23
Where: Netflix

The Japanese cyberpunk franchise — which received a horrible Scarlett Johansson-starrer live-action adaptation three years ago — further expands with a new anime set in the titular year 2045, during a period of a new global financial crisis and a time when the world is engulfed in an AI-driven “sustainable war.” Amidst all that, counter-cyberterrorist force Section 9 has new threats to deal with.

Chris Evans (Captain America), Michelle Dockery (Downton Abbey), and Jaeden Martell (It) lead the cast of this thriller miniseries, directed by Morten Tyldum (The Imitation Game), that's based on William Landay's 2012 novel of the same name. In it, Evans' character is a lawyer whose teenage son (Martell) is accused of murder. Three episodes on release date, with the other five weekly thereafter.

Never Have I Ever

When: April 27
Where: Netflix

Mindy Kaling delivers her own childhood experiences as an Indian-American in this coming-of-age tale, which is set in present day and follows Devi Vishwakumar (Maitreyi Ramakrishnan), who wants not-a-nerd boyfriend, less body hair, and an invite to a party, where she will politely decline the alcohol and hard drugs she will naturally be offered. Tennis legend John McEnroe drops in as narrator, because he's the idol of Devi's dead father.

When: April 27
Where: Disney+ Hotstar

Natalie Dormer (Game of Thrones' Margaery Tyrell) and Daniel Zovatto (Fear the Walking Dead) lead the cast of this Penny Dreadful spin-off set 40 years after the events of the original in late 1930s Los Angeles, during the Golden Age of Hollywood. Dormer plays a shapeshifting supernatural demon and Zovatto is Los Angeles Police Department's first Mexican-American detective. And since this is the late 1930s, Nazi Germany has a role to play as well.

When: April TBA
Where: Netflix

Vir Das is a co-creator, co-writer, creative producer, and star of the only Indian original series on Netflix in April, which follows a timid, aspiring, small-town comic (Das) who discovers that he must kill off-stage to kill on-stage. “Kill” naturally implies two very different meanings here. Das has said that the show has elements of crime mystery Dexter and black comedy anthology Fargo. Ranvir Shorey (Khosla Ka Ghosla!), Manoj Pahwa (Article 15) star alongside.