Marvel's The Defenders, Sonic Mania, and More – The Weekend Chill 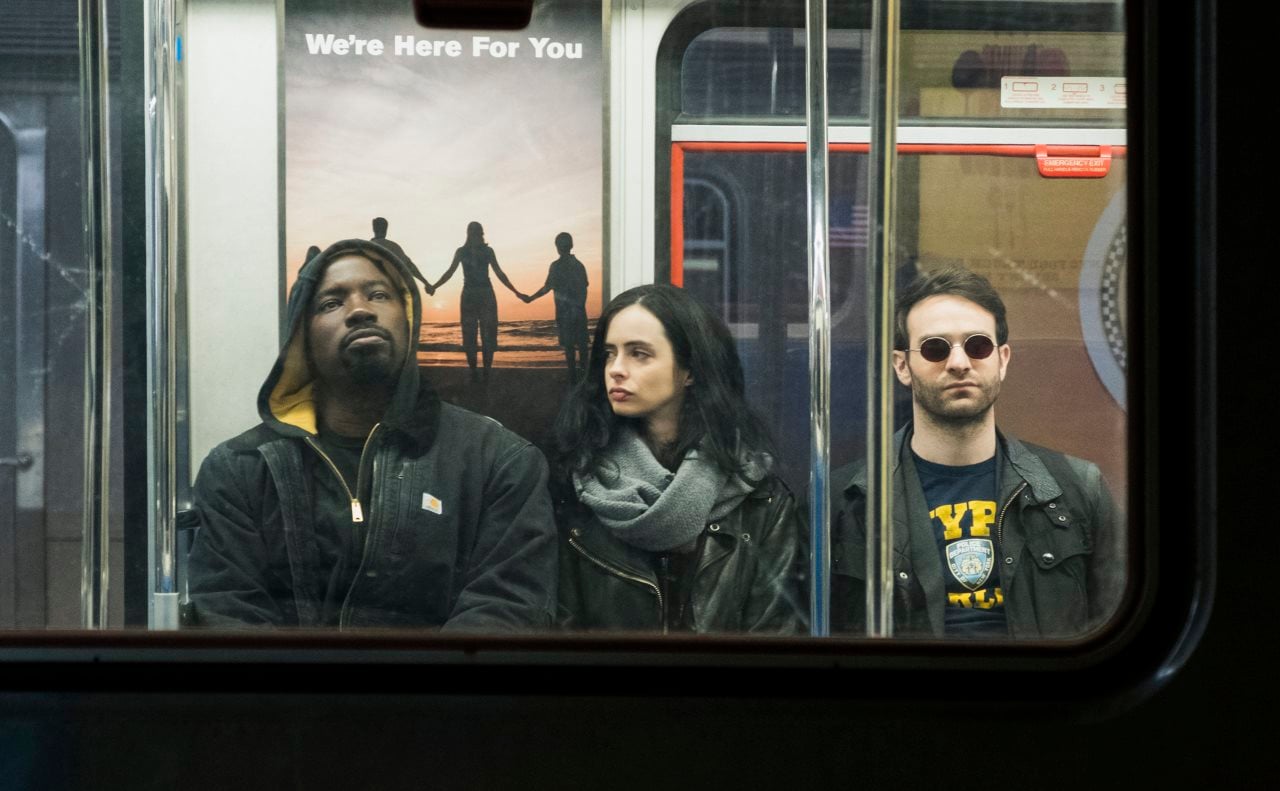 Over the weekend, Sony Pictures set a release date for a second Spider-Man spin-off: Silver & Black. It will release on February 8, 2019, which is a few months after Tom Hardy-starrer Venom on October 5, 2018. The spin-off films will have their own Sony’s Marvel universe.

On Sunday, Netflix announced that it had signed a multi-year deal with Shondaland, the TV production company run by prolific creator Shonda Rhimes. While her existing series – Grey’s Anatomy, Scandal, and How to Get Away with Murder – will stay on ABC, she’ll develop future shows for Netflix.

Tom Cruise got injured while filming Mission: Impossible 6 over the weekend, and broke his ankle. Filming has been shut down for an unspecified time, though director Christopher McQuarrie said he’ll shift to work on post-production. Paramount says that the film will still hit its July 27, 2018 release date.

David Tennant will reprise his role in Jessica Jones season 2, EW revealed in a new set photo on Monday. If those who have seen the first season are wondering how that will be, his presence will likely be restricted to flashbacks. He has also been chosen to play the demon Crowley in the Amazon adaption of Good Omens, with Michael Sheen being cast to play the angel Aziraphale.

A stuntwoman named Joi “SG” Harris died on the sets of Deadpool 2 this week, after a stunt involving a motorcycle went wrong. Harris wasn’t wearing a helmet when she lost control of her vehicle, and crashed. Production was temporarily halted, before resuming two days later.

After months of rumours, Daniel Craig confirmed on Tuesday that he’d return as James Bond, while promoting his new film Logan Lucky on The Late Show with Stephen Colbert. “Yes…I always wanted to,” he added. “I wanted a break.” Sony has slated Bond 25 for November 8, 2019.

HBO España and HBO Nordic accidentally put up the sixth episode on Game of Thrones’ season 7 on Tuesday night, five days before its expected airing on August 20. It was soon leaked online, making it the second such incident this season, and another issue for HBO following the hack from last month.

On Thursday, Forbes revealed the list of highest-paid actresses in Hollywood. Emma Stone is the new #1 with $26 million, followed by Jennifer Aniston at $25.5 million, and Jennifer Lawrence at $24 million. Lawrence was at the top for the last two years.

Later that day, The Hollywood Reporter revealed that a standalone Star Wars film for Obi-Wan Kenobi – best-friend to Anakin, and mentor to Luke – was in the works at Disney, with director Stephen Daldry in “early talks”. There’s no script in place, and hence no release date.

Lastly, ABC has ordered a live-action pilot for the popular animated series The Jetsons, according to Variety. Robert Zemeckis (Back to the Future trilogy, Forrest Gump) will executive produce, while Gary Janetti (Family Guy) will head the development.

TV:
Marvel’s The Defenders
The Marvel and Netflix collaboration that began few years ago has reached its intended conclusion. All four street-level heroes – Matt Murdock aka Daredevil (Charlie Cox), Jessica Jones (Krysten Ritter), Luke Cage (Mike Colter), and Danny Rand aka Iron Fist (Finn Jones) – who got their own solo series, now must come together in The Defenders to fight a common enemy.

That enemy is The Hand, a criminal organisation with ties in virtually every industry. The crossover will introduce its most powerful leader, Alexandra (Sigourney Weaver), who has plans to bring New York to a halt. Other characters you’ve seen before will show up too, including Claire (Rosario Dawson), Colleen (Jessica Henwick), and even The Punisher (Jon Bernthal).

Most critics – including us – felt that that the series starts off a little too slowly, and takes too much time to get going. It does get exciting by the end of the third episode, but viewers will need to push through early on. Thankfully, it’s only eight episodes in total, so the Netflix-drag shouldn’t be that much of an issue.

Marvel's The Defenders on Netflix: Release Date, Episodes, Characters, and All You Need to Know

Halt and Catch Fire
A period drama set in the PC revolution of the 80s and then the birth of the Internet in the 90s, Halt and Catch Fire has risen in critical acclaim during its three-year run, winning praise for its visual style, focus on women, and compelling performances from its protagonists: Mackenzie Davis, Lee Pace, and Scott McNairy.

Partly inspired by Steve Jobs’ biography, the first two seasons were set in Silicon Prairie of Dallars-Fort Worth, before jumping to the nascent years of Silicon Valley. The fourth and final season begins Saturday night in the US with a two-hour premiere, and sees the Internet reaching the masses as the first web browser is invented.

Critics who got early access have showered praise on the new season. Indiewire’s Ben Travers said “the [characters'] growth over four short seasons is immeasurable”, and Uproxx’s Alan Sepinwall chimed in that audiences should enjoy a show that’s “almost over”, but feels like “it’s just getting warmed up”.

Battlestar Galactica
Considered one of the best sci-fi shows of all time, even as the quality deteriorated in later seasons along with a controversial finale that left many disappointed, Battlestar Galactica still ranks highly with critics, audiences, and people in the industry owing to how well it handled itself in the first two seasons.

Picking up from the 2003 mini-series, the show was set in a distant star system, where a civilisation of humans lived on a group of planets called the Twelve Colonies. After a devastating war with a cybernetic race called the Cylons – which humans created themselves – the only surviving military ship is the eponymous one.

The reasons for Battlestar Galactica’s success were to do with its heavy influence of theology and religion, alongside references to events from the real world. The series was also praised for its music choices, which reflected a wide ethnic influence. All four seasons, including the two-part mini-series, are now available to stream easily.

Movies:
Lipstick Under My Burkha
Intended to be released at the start of the year, the country’s conservative certification board created a controversy after refusing to certify the film for being “lady oriented, their fantasy above life”. It showed the regressive attitudes held by then-CBFC head Pahlaj Nihalani, who was removed from his post last week.

Calling it an attack on freedom of expression, the filmmakers appealed to the Film Certification Appellate Tribunal, and won. Set in a small town, Lipstick Under My Burkha follows four women – Rosy (Ratna Pathak), Rehana (Plabita Borthakur), Shireen (Konkona Sen Sharma), and Leela (Aahana Kumra) – who are looking for a little freedom in their lives.

The film spent months touring the festival circuit, picking up awards in Mumbai and Tokyo, before getting into theatres last month. Critics have praised its powerful story, director Alankrita Shrivastava’s handling of the material, and its relatable themes. It’s now available to stream, in case you missed it in cinemas.

Other mentions:
If you’re looking for more streaming options, Amazon Prime Video now has Brad Pitt’s sports drama Moneyball, all five seasons of The Mindy Project, and all seven seasons of 30 Rock.

Meanwhile, Ridley Scott’s return to the Alien franchise – Alien: Covenant – is now out on Blu-ray. The film’s not great in itself, so we’d recommend you wait for it to turn up on streaming if you missed the theatrical run.

Video games:
Sonic Mania
Alongside Mario, Sonic the Hedgehog is one of those characters that almost everyone has heard of, and it contributed to Sega’s success in the 90s. Sonic was part of some memorable games during that decade, but it’s been a turbulent affair since then. With Sonic Mania, Sega aims to forget that run, as it returns to the original Sega Genesis style.

Sonic Mania has been developed in high-definition 60fps, but it features the 2D retro-style adventure of before. In terms of playable characters, you get access to Sonic, Tails, and Knuckles, as you play through remastered versions of Zones and Acts from old titles, alongside new stages. Doctor Eggman and his evil robot army is back, as well.

There are multiplayer options too, in Competition Mode and Co-op Mode. In the latter, a second player can take control of Tails. Critics – including us – love the faithfulness to early Sonic games, and it’s a return to form for the good ol’ hedgehog.

How to access: Nintendo Switch, PlayStation 4, Xbox One out now, and Steam for Windows PCs on August 29
Time commitment: As much as you want, really

Agents of Mayhem
It may not be called Saints Row, but it’s set in the same universe as the world that Volition popularised with four main entries over a decade. For fans, there’s the bonus of coming across plot and character crossovers, as you play through the main campaign, choosing from a total of 12 heroes to save a futuristic Seoul from global assault.

An open world game, the world in Agents of Mayhem has fallen under the rule of LEGION (League of Evil Gentlemen Intent on Obliterating Nations), a super-villainous faction of criminals. You play as one of the aforementioned 12 agents of MAYHEM (Multinational AgencY Hunting Evil Masterminds), alongside two others. You can swap between them on the go.

Like Saints Row, Agents of Mayhem is high on attitude, and it shows in its over-the-top presentation, dialogue, environment, and animations. The open world could’ve been a tad better, we feel, but it’s still a fun adventure to engage in.

How to access: PlayStation 4, Xbox One, or Steam for Windows PCs
Time commitment: 10+ hours

Uncharted: The Lost Legacy Day One Patch Detailed
Foxconn Display Panel Factory in the US Takes One Step Closer to Reality