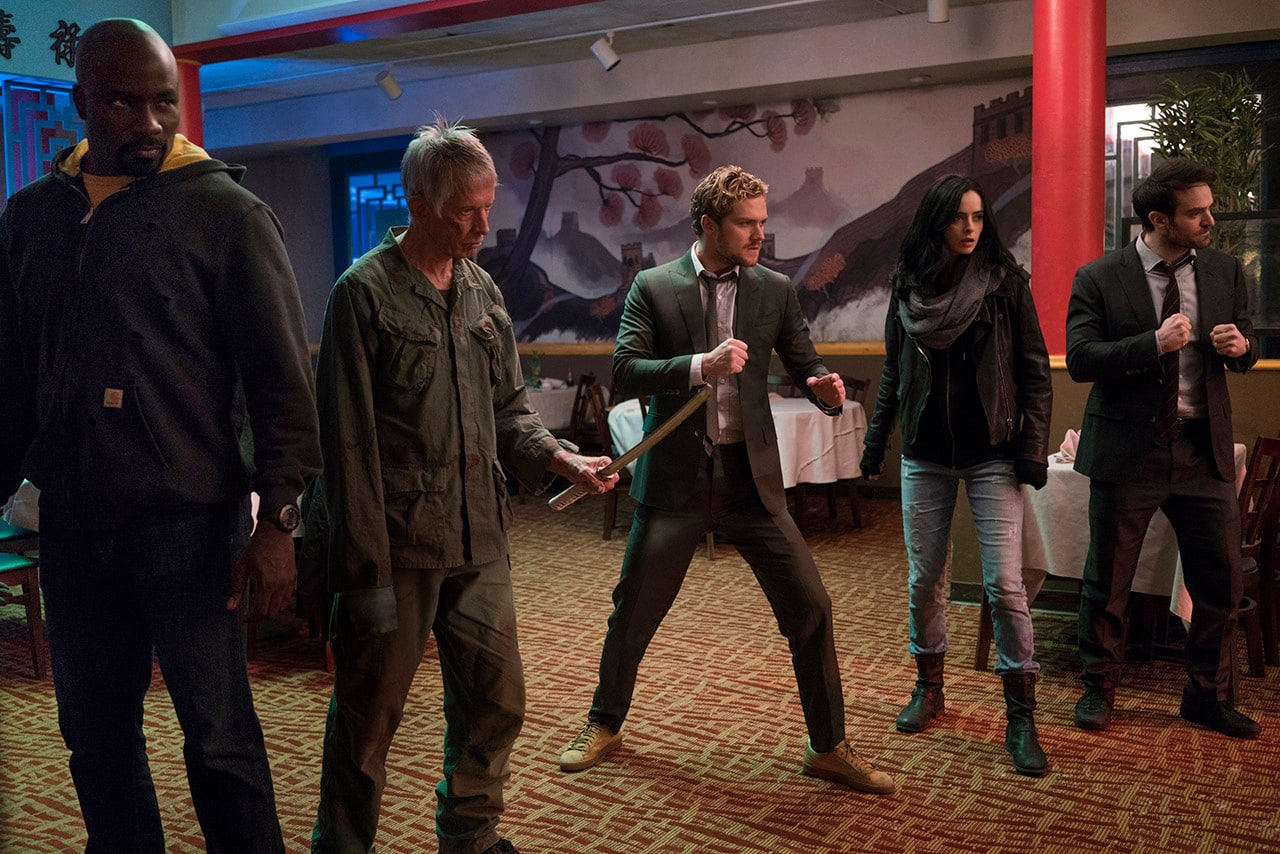 When Luke Cage debuted on Netflix almost a year ago, it became the first solo production for a black superhero in Marvel’s cinematic universe. The fact that creator Cheo Hodari Coker and the writers chose to embed popular historical figures such as Crispus Attucks and Walter Mosely in their dialogues, and paid a tribute to Trayvon Martin with Luke’s (Mike Colter) hoodie, made it even more powerful.

Colter is now coming together with the three other superheroes – Charlie Cox’s Daredevil, Krysten Ritter’s Jessica Jones, and Finn Jones’ Iron Fist – for an eight-episode cross-over event, The Defenders, which hits Netflix next Friday. But if you ask him about being “the only black guy”, as one reporter did during a press event in New York last week, Colter said he’s never approached it in that fashion.

“I’ll be honest, I think any time any black person or minority ascends to any sort of success, they always have to take a path that is sort of littered with non-ethnic people, because it’s not a road that’s travelled,” Colter added. “There’s [former US President Barack] Obama. We know that, and it’s not like there are no other people like Obama, but it was Obama. Now, Obama had to be that first guy.”

“I’ve always embraced that, because I have been the only black guy in the room many times in my life. But, I’ve embraced it because I feel like, because I’m not thinking about it, I’m suited to be that only black guy. When you’re pre-occupied mentally with being the only minority, the only woman, the only anything, you’re at a disposition. You’re setting yourself up for failure, because that’s a lot of energy that’s put in the wrong direction. So, it’s best to not think about it.”

Another strong theme of Luke Cage’s first season was its commentary on the US judicial system, which revolved around Luke being an escaped convict. He does end up back in prison by the end of the season, which thankfully ends up being a short stint in this case, as becomes clear from the opening moments of The Defenders. Colter thinks while that commentary is important, the bigger takeaway is how the character deals with it.

“When I look at it, I don’t think of him as a convict, blah blah blah. But, I do think of him as a person who has had all these things done to him, dealt a bad hand here,” Colter said. “But, he’s also, [..] always forward, forward always. He’s not looking back, he’s not feeling sorry for himself, he’s just figured out how to go forward, and that’s what I think is the main thing people have to take from it. He’s not ever really throwing himself a pity party, he’s just trying to rebuild, reset and go forward.”

Colter is currently busy shooting Luke Cage season two, which he said would be about “a completely different Cage trying to find himself and sort of understand what it is to be like, out front and centre, and having these responsibilities for a community”. Netflix hasn’t set a release date yet, though it’ll be releasing in 2018.