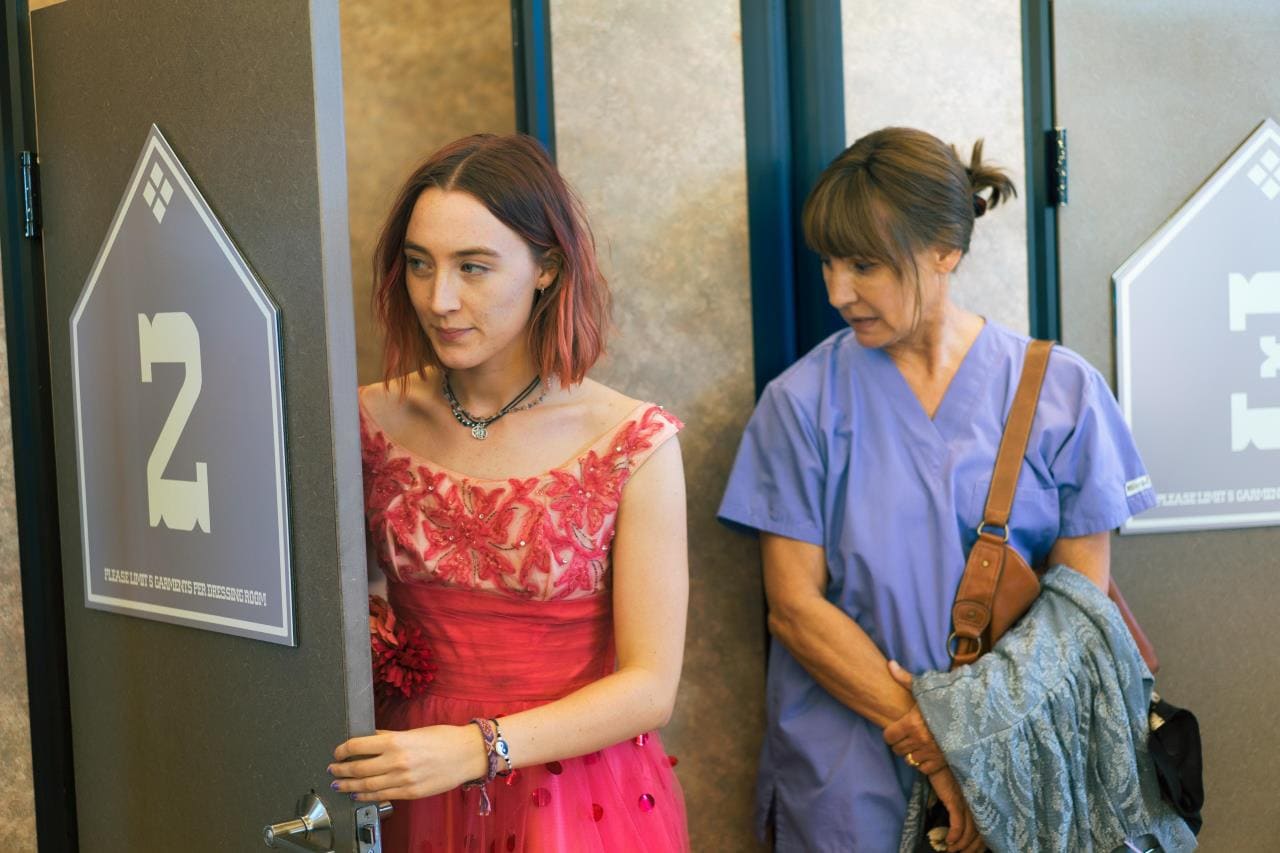 Last Friday, Deadline reported that Amazon has snapped up The Dark Tower TV series, despite the critical and commercial failure of the 2017 film starring Idris Elba and Matthew McConaughey. This does seem odd on the surface, but Amazon is currently on a streak, picking up any property that screams ‘epic fantasy’ in a bid to get the next Game of Thrones.

On Monday, HBO gave us the first teaser trailer for Fahrenheit 451, a feature-length adaptation of Ray Bradbury’s classic dystopian novel. The film stars Michael B. Jordan (Black Panther) as the protagonist, and Michael Shannon as his boss. Farenheit 451 is releasing in May.

Later that day, multiple reports said that Gemma Chan (Humans) had been cast as Minn-Erva in Captain Marvel, the first female-led Marvel film with Brie Larson in the lead. The actress confirmed the news on Twitter. Also on Monday, Marvel announced that three new cast members – Josh Stewart, Floriana Lima, and Giorgia Whigham – had been added to The Punisher season 2. Stewart will play a man with a violent past, like Frank Castle (Jon Bernthal), Lima a military psychotherapist, and Whigham will portray a street-smart grifter.

On Tuesday, Variety said that Apple had tapped M. Night Shyamalan (The Sixth Sense) to produce a new thriller series for its as-yet unknown streaming service. Tony Basgallop will write the new show, and Shyamalan will direct the first episode. Later that day, Deadline brought word that Matt Reeves (War for the Planet of the Apes) had decided on his first Netflix movie: Life Sentence, a sci-fi film based on a short story by Matthew Baker. Reeves is currently busy working on The Batman, the solo DC chapter for Ben Affleck, if he wants it.

On Wednesday, Disney gave us the first teaser trailer for Ralph Breaks the Internet: Wreck-It Ralph 2, the upcoming sequel to the 2012 original. Both John C. Reilly and Sarah Silverman are back to voice the main characters, Wreck-It Ralph and Vanellope von Schweetz, respectively. Ralph Breaks the Internet will release November 21. Meanwhile, Kristen Wiig (Bridesmaids, Ghostbusters) is reportedly in talks to play the villain Cheetah in Wonder Woman 2, opposite Gal Gadot’s Amazonian superhero. Patty Jenkins is set to return as director, with the untitled sequel set to release November 2019.

On Thursday, Disney announced 26 new release dates through 2022. Everything is as is until Star Wars: Episode IX in December 2019, with changes going forward. There are nine slots for Marvel films: May, July, and November in 2020 and 2021, and February, May, and July in 2022. Pixar has four release dates for itself after Toy Story 4 in June 2019: March and June 2020, and March and June 2022. Lucasfilm hasn't been named, though it will occupy a few of the "Disney live-action" slots, likely in May or December each year.

TV:
Atlanta
After a multiple Golden Globe and Emmy-winning debut season, one that was also voted as the best TV show across multiple critics lists that year, creator, writer and star Donald Glover (Lando Calrissian in the upcoming Solo: A Star Wars Story) returns with Atlanta season 2 – subtitled Atlanta Robbin’ Season – nearly a year and a half after the end of the first season.

The reason for that subtitle? Robbin’ Season refers to an actual time in Atlanta during the holidays, when robberies increase dramatically. “It’s a very tense and desperate time. Our characters are in a desperate transition from their old lives to where they’re headed now,” EP and writer Stephen Glover said at TCA in January. “And robbin’ season is a metaphor to where we are now.”

Critics have lavished praise on Atlanta’s return. The New York Times’ James Poniewozik said it’s both same and different, and added: “And that’s a wonderful, surreal, hilarious thing. ... Robbin’ Season is so good, it’s almost criminal.” Collider’s Allison Keene said Atlanta is helped “by the style of director Hiro Murai, who truly creates his own world for these characters to inhabit”.

The Looming Tower
Based on the Pulitzer Prize-winning book of the same name by author, screenwriter, and journalist Lawrence Wright, and brought to screen by documentarian Alex Gibney, actor-writer Dan Futterman, and Wright himself, Hulu’s new drama mini-series – The Looming Tower – looks at the rising threat of Osama bin Laden and Al-Qaeda in late 90s, and how the rivalry between FBI and CIA may have inadvertently led to 9/11.

The Looming Tower has received good reviews. Indiewire’s Ben Travers praised Gibney’s direction, and the supporting cast, calling it “a limited series worth seeking out”. The Hollywood Reporter’s Dan Fienberg noted it requires “a hasty combination of faith in the storytellers and half-forgotten knowledge of the history”, but beyond that, it’s “like a well-shot, brilliantly cast, fast-moving season of Homeland”.

Movies:
Lady Bird
A Golden Globe winner for Best Picture – Comedy, and up for five Oscars later this weekend, Greta Gerwig’s directorial debut is a coming-of-age story of Christine "Lady Bird" McPherson (Saoirse Ronan), who’s in the final year of high school, and her turbulent relationship with her mother, Marion (Laurie Metcalf), while she figures out who she wants to be through friendships and short relationships.

Though she continuously fights her mother over differing opinions – Lady Bird wants to go to an East Coast college that the family can’t afford – she’s “exactly like her: wildly loving, deeply opinionated and strong-willed”. Inspired by Gerwig’s own teenage years in Sacramento, California in 2002, Lady Bird looks at how relationships and beliefs mould us, and the meaning of home. Tracy Letts, Lucas Hedges, and Timothée Chalamet are also part of the cast.

Lady Bird is one of the best reviewed movies of 2017, with a 99 percent fresh rating and 94 score on reviews aggregators Rotten Tomatoes and Metacritic, respectively. Writing for Vox, Alissa Wilkinson called it “the rare movie that manages to be affectionate, entertaining, hilarious, witty, and confident”. The Atlantic’s David Sims said it’s “a wonderful, rare character study of a young woman figuring out her identity, and all the pitfalls that follow”.

Oscars 2018: A Guide to Best Picture Nominees (And Where to Watch Them Online)

How to access: Out in cinema halls, or for purchase/ rental online
Time commitment: 1 hour and 34 minutes

Coco
Pixar’s newest family adventure is about a Mexican boy called Miguel (Anthony Gonzalez) who dreams of becoming a famous musician like his idol, Ernesto de la Cruz (Benjamin Bratt). Unfortunately, his family continues to stick to a baffling generations-old ban on music, brought about by the actions of Miguel’s great-great-grandfather.

Miguel wants to prove his talent, but his attempts at securing a guitar for a local music competition on Día de los Muertos – the Day of the Dead, a popular Mexican festival – prove futile, and he ends up in the stunning, colourful land of the Dead. There he meets his long-dead relatives and a trickster named Hector (Gael García Bernal) with whom he tries to figure out his past.

Like previous Pixar entries, Coco is full of visual splendour though it doesn’t quite hit the same heights in terms of unexpected wisdom, à la Toy Story. It’s still a highly enjoyable film, a good-natured celebration of family, and one that will make you shed tears. It’s also guaranteed to pick up the Oscar for Best Animated Feature on Sunday.

How to access: Amazon IN, Google Play IN, iTunes US, or Microsoft Store US
Time commitment: 1 hour and 49 minutes

Other mentions:
The 2018 Oscars will take place on Sunday (or Monday, depending on where you live), so if you wish to catch up on the Best Picture nominees ahead of the ceremony, we’ve got the perfect guide for you.

Justice League is now available on Google Play Movies and iTunes in India, ahead of the Blu-ray release on March 13 (US) and March 27 (India).

Video games:
Into the Breach
Six years after its debut top-down roguelike hit FTL: Faster than Light, indie developer Subset Games is back with its second game: a tactical turn-based role-playing game called Into the Breach. It’s set in the far future where humanity’s only chance at survival involves the use of powerful mechs to fight against an army of giant monsters.

That makes it sound a lot like Pacific Rim, and the devs altered their game to differentiate it, placing a bigger focus on collateral damage than simply winning. Defending buildings and other structures is a priority in Into the Breach, and the story emphasises that by reminding you that people are cowering for safety in these buildings.

Into the Breach has been received very well. The Verge’s Andrew Webster said it’s easy to get into for a strategy game, but “once you get beyond that surface understanding, it reveals itself to be a game of incredible depth and flexibility”. IGN’s Dan Stapleton added that “finding the best way to minimize damage creates frequent eureka moments as you learn to make the most of the abilities you’re given to work with.”

How to access: Steam for PC
Time commitment: A few minutes per individual battle