The new Jumanji is the old Jumanji. 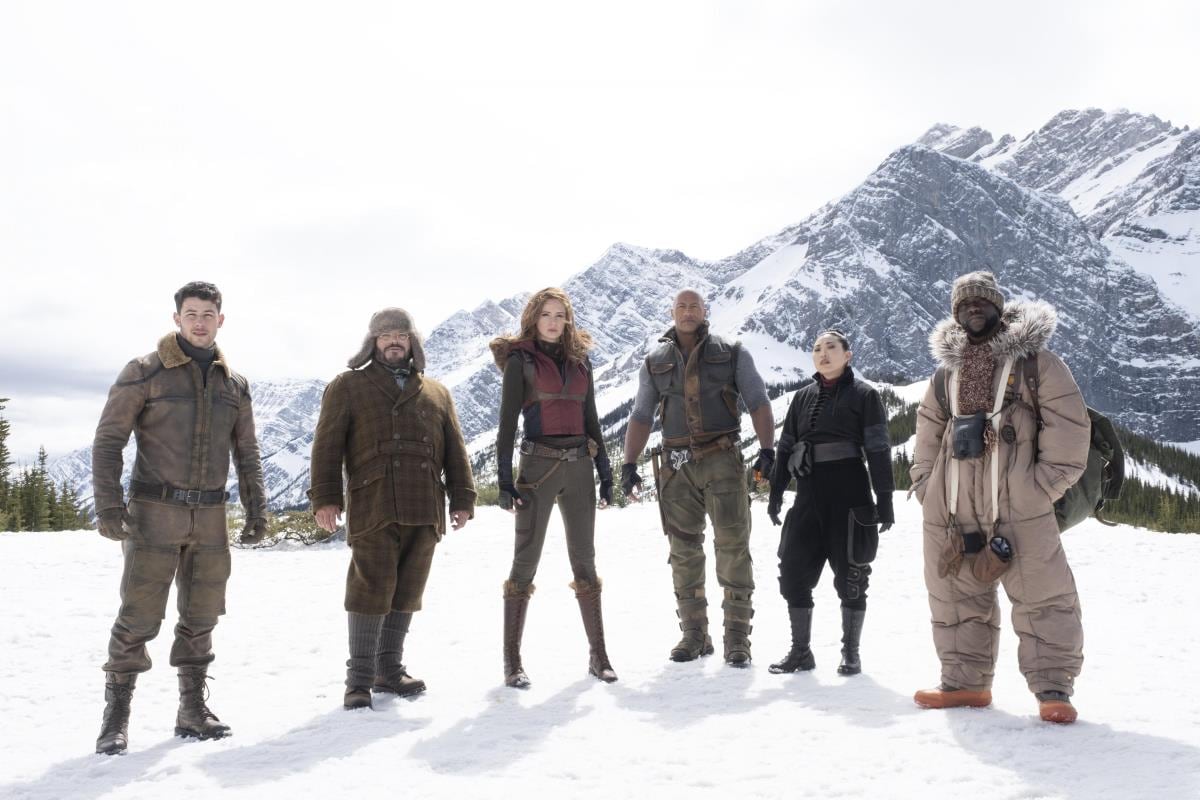 As the world of Jumanji blossoms into a modern-day franchise with a direct sequel — Jumanji: The Next Level picks up where we left off with Jumanji: Welcome to the Jungle — it's borrowed a trait of blockbuster filmmaking today: post-credit scenes. While its 2017 predecessor ended somewhat definitively, the new sequel is already looking forward to the next adventure. (The fact that Jumanji: Welcome to the Jungle grossed nearly a billion dollars, unexpectedly, might have something to do with that.) A scene during the Jumanji: The Next Level credits does just that, setting up a sequel of its own.

Major spoilers ahead for Jumanji: The Next Level, naturally.

The new Jumanji movie ends at the diner called Nora's, formerly owned and operated by Spencer's grandpa Eddie Gilpin (Danny DeVito) and his former best friend Milo Walker (Danny Glover). Eddie and Milo had a fallout because the latter sold the diner without consulting the former and pushed him into retirement. But after a lot of bickering, the two made up inside Jumanji the video game after Milo revealed he was dying, which is why he — as the Pegasus avatar — decided to stay, while Eddie returned to the real world with the kids.

As Spencer goes to see his friends at Nora's, Eddie tags along, where he's greeted by the new owner Nora Shepherd (Bebe Neuwirth). Incidentally, Nora was in the 1995 original Jumanji as the aunt of the two orphans, but that's not the point. Nora tells Eddie that the diner's manager recently quit and she's looking for someone who can help lessen her load. Eddie is naturally interested in filling the role and to convince Nora, he channels the “smouldering intensity” of his video game avatar, Dr. Smolder Bravestone (Dwayne Johnson). It works.

The film ends with Spencer & Co. happy to be back together and promising that they will “always forever” be there for each other.

Jumanji: The Next Level mid-credits scene

The mid-credits scene in Jumanji: The Next Level picks up shortly after at Spencer's home, where a mechanic has finally turned up to fix the central heating. If you forgot, early on in the new Jumanji movie, Eddie complains that it's too cold in the house because the heating isn't working properly. Spencer's mom (Marin Hinkle) and the mechanic head into the basement to check on the machine, where the latter spots the broken Jumanji video game console.

The mechanic confesses that he's a “big gamer” and walks towards the console. Spencer's mom tells him to be careful and “maybe don't touch it”, a bit of meta commentary since the audience is a lot more aware of the possibilities than the two characters in the scene. Jumanji: The Next Level then cuts back to Nora's, where Spencer & Co. rush out as they hear the Jumanji drumbeats and a flock of ostriches zips past them. Given the ostriches were earlier seen inside the game, it's clear what's happened.

This also brings the Jumanji franchise back to its roots. In the 1995 original, when Jumanji was still a board game, every roll of the dice would result in Jumanji elements invading the real world, as with the ostriches. That means if we do get a sequel to Jumanji: The Next Level, it will likely involve Spencer & Co. having to deal with threats in their environment, where they don't have the advantages of having three lives. But given their video game avatars are more well-known — Kevin Hart, Jack Black, Karen Gillan, and Johnson — you can bet there will be a part for them too.

Jumanji: The Next Level post-credits scene

There's no actual scene after the credits in Jumanji: The Next Level — just the sound of drumbeats and ostriches.

Jumanji: The Next Level is now playing in cinemas in India and across the world.