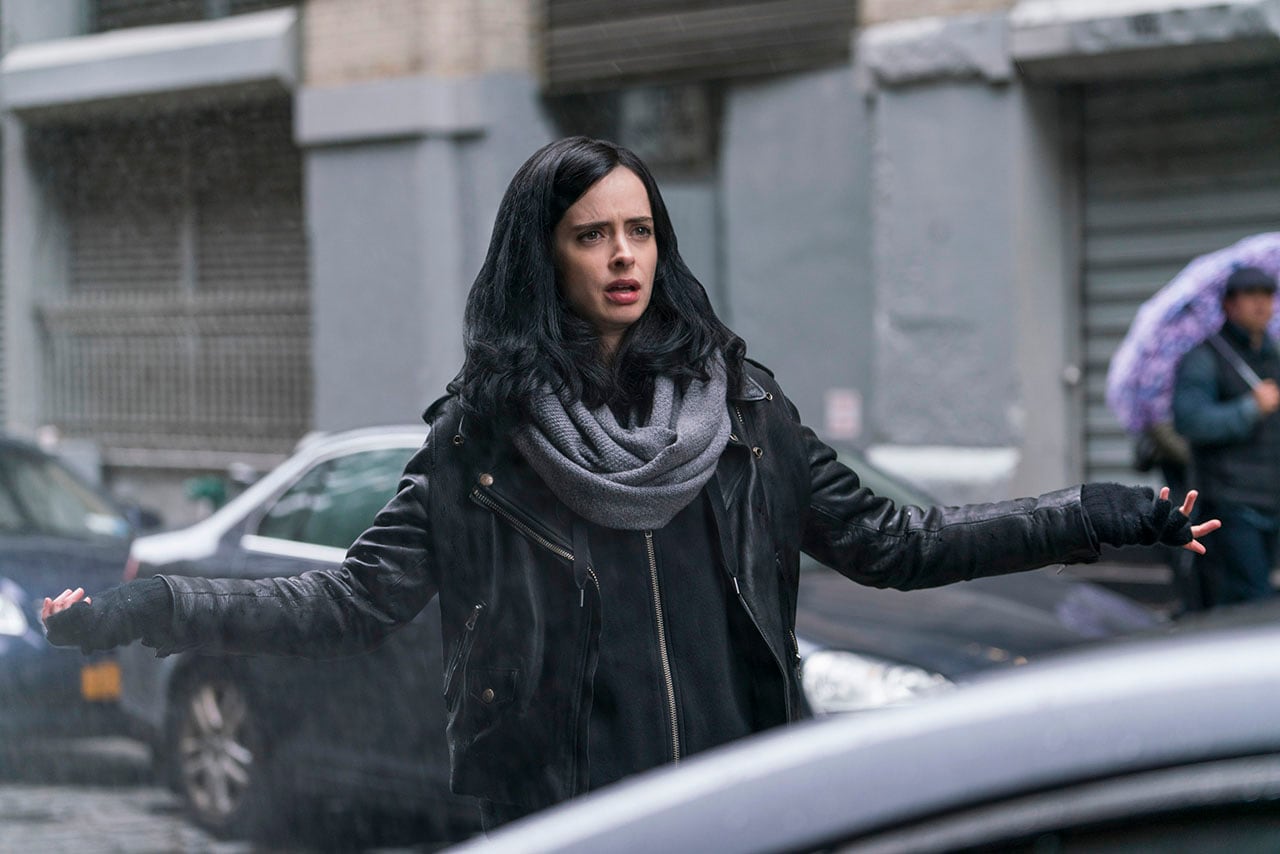 Jessica Jones has been off the air since Netflix released season one in late 2015, but the character is set to make its return as part of Marvel’s four-hero crossover event – The Defenders – next Friday, on August 18. Krysten Ritter, the 35-year-old star who plays the alcoholic lone-wolf private investigator, has been busy filming season two of Jessica Jones meanwhile, which is scheduled to release in 2018.

Ritter recently sat down with members of the press in New York to promote The Defenders, but we had to ask what she could tell us about the new season. After offering us a few cryptic words, Ritter turned to her co-star Charlie Cox – who plays Matt Murdock aka Daredevil – and said: “I didn’t tell you this. I got punched in the face on Wednesday.”

“In a stunt, I accidentally got an uppercut to the jaw, and I got knocked out,” Ritter added. “I bit my tongue, blood everywhere. And then I got sent home. It was a whole thing.”

Cox was shocked to hear it, to say the least, and then noted: “You hate blood as well!”

We wondered if that meant the second season of Jessica Jones would be more action-heavy, but Ritter assured us that it’s still “much more psychological, much more internal”.

“I would say that the first season was in Jessica’s head, and this season is in her heart,” she added. “So, it’s heavy, and it’s great, and it’s great creatively, for me.” Ritter had a lot of praise for Jessica Jones creator Melissa Rosenberg, whom she shares a close relationship with, and the two are in constant conversation all day.

The Defenders on Netflix Doesn’t Pack Enough of a Punch

Speaking about her character’s approach to The Defenders, Ritter said: “What I love about her, and her complexity is that she’s hard as nails on the outside, but gooey on the inside. And at the end of the day, she will rise to the occasion if she has to.”

Jones will indeed need to do so on The Defenders, which pits the four heroes – Cox’s Daredevil, Ritter’s Jones, Mike Colter’s Luke Cage, and Finn Jones’ Iron Fist – against an evil organisation called The Hand, which has its ties in nearly every industry, along with the introduction of a new leader for the Hand - Sigourney Weaver’s Alexandra.

Weaver’s presence has been “massive” for Ritter. “I feel fortunate to have this role,” she added. “I feel incredibly grateful that people like her are even watching the show, that she came, and was on The Defenders.”

Both Cox and Ritter agreed that one of the highlights about The Defenders for them was becoming best friends with the principal cast.

“The most exciting thing was all of us being together, working with other actors who have been through the exact same situation of carrying your own show, and the press tour, and everything that comes with that,” she said. “We were all like in the exact same situation. So, we felt like a real camaraderie and connection because of that.”

What also separates The Defenders from the other solo shows is that it’s only eight episodes, which means that some things just couldn’t make the cut. For instance, Jones is unaware of the budding relationship between Cage and Claire Temple (Rosario Dawson), who has appeared in all four Marvel-Netflix series.

And as for her getting back with Cage? “Let’s keep our fingers crossed,” Ritter said.

Marvel’s The Defenders will be available on Netflix August 18.