How Amazon Became the Biggest Spender in Sundance History 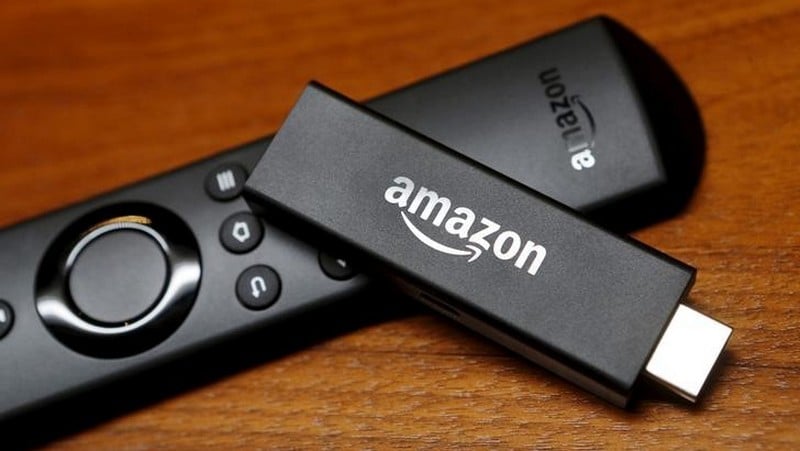 It's a bigger mystery than what's in the delivery box you don't remember ordering. How did Amazon, a company widely expected to curb its film-acquisition spending at this year's Sundance Film Festival, end up becoming the biggest player in the gathering's history?

Ten days ago, many in the film business widely believed Amazon would pump the brakes at what's called the Sundance acquisition market. That market, if you're not familiar, is the figurative place at which companies, upon the conclusion of premiere screenings, bid for film-distribution rights around Park City, Utah, condos, restaurants and bro-ishly loud Old Town street corners (and in turn set the tone for the next year of non-franchise films).

After all, Amazon had made eight-figure deals for Manchester By The Sea and The Big Sick in 2016 and 2017 - but had no acquisitions of any note in 2018. (Amazon's chief executive, Jeffrey Bezos, owns The Washington Post.)

Amazon Studios chief Jennifer Salke, who took over after last year's festival, was a longtime television veteran from NBC; Sundance deals were not on her résumé.

Besides, there was supposed to be a general ramp-down this year as streaming companies focused on their own productions, of which Amazon has, well, a few.

Yet the only direction of any Amazon ramp at Sundance 2019 was up. Way up. Amazon Studios executives did not comment for this piece.

Shortly after, it made another monster purchase: $14 million for The Report, Scott Z. Burns's story about CIA-torture investigator Daniel Jones.

And then another: $14 more million for a feel-good comedy, Brittany Runs A Marathon, starring Jillian Bell.

As the festival was winding down, one more for good measure - the Shia LaBeouf exorcise-your-childhood drama Honey Boy, for a reported $5 million.

Which means that, over the past week in the Utah snow, Amazon has spent $46 million - three or four times what even high-spending companies typically shell out at the event. It used to be big news if any one distributor paid more than $10 million for a movie at Sundance; Little Miss Sunshine, which Fox Searchlight bought for $9.5 million in 2006, for years set the standard for the Sundance big buy. Yet here was a firm doing that again and again.

So what happened? Theories have been making the rounds as rapidly as the Sundance flu. According to one of them, Amazon had a heady case of Netflix envy. Though Amazon won the first major Oscars among streamers with victories in acting and screenwriting categories for Manchester two years ago, no streamer has won the big prizes of director or picture - something Netflix could do with Alfonso Cuarón's Roma this year. Amazon wanted the buzz back. And it would pay to get it.

(One piece of evidence for this is that Amazon pushed hard to get Cold War director Pawel Pawlikowski, behind a much lower-profile black-and-white foreign language movie than Roma, nominated for director, as well. He is unlikely to win, but in this case, a nomination is its own achievement.)

Another explanation: Several of these movies have very commercial, uplifting, un-Sundance-y qualities - Late Night in particular was noted (or called out) for its slickness. The movies were so populist, so broadly irresistible, that Amazon just had to go all in to buy them for its 100 million+ Prime subscribers in the United States.

In other words, Amazon did not come to Sundance - Sundance came to Amazon.

Both explanations have some merit. Netflix has been lapping Amazon on the movie front lately, and not just with prestige dramas. And these movies are commercial.

Still, neither may compare with the biggest factors: Salke and Amazon themselves.

The executive might not be known for attending film festivals. But she appears to have been eager to make up for lost time. The proof: She was at most of the screenings herself and often talked directly to the sales agents, according to one such person who negotiated with her but spoke on the condition of anonymity because of the sensitivity of the discussions. This is not unheard of for the head of a major studio. It is also not terribly common.

Meanwhile, the company on whose behalf she was negotiating - a far better capitalised entity than many traditional festival-film distributors - had a different calculus than those companies, too. Because while Amazon releases movies theatrically and is often judged by box-office dollars, those dollars are not the lifeblood of its video division. Far from it.

No, the unit exists as much to give value to Prime and sweeten/justify that $120 annual price tag for subscribers. (The movies eventually wind up there instead of traditional TV output venues such as HBO.) A traditional distributor has to worry about whether the movie will earn back its acquisition and marketing costs at the box office and make price ceiling decisions accordingly. Amazon executives have to think about box-office potential a lot less because that is not why they're buying the movie in the first place. The company could not only afford the prices - it could afford to throw out all the rules of Sundance pricing.

As an executive at one traditional distributor said, speaking on the condition of anonymity because of the deals' high levels of competitiveness, "I don't know how we can be profitable competing doing that. I don't know how they can be profitable doing that." (What this new film-festival math means for said distributors and other parts of the movie supply chain is a subject worthy of its own post, or three-volume series.) Ah, but straight movie-to-movie profitability is not the goal.

What's interesting about Amazon's acquisition ramp-up is that it comes just as Netflix has decided to move much of its supply pipeline elsewhere. Roma was bought outside a festival, from financier Participant, and other recent hits such as Private Life followed a similar trajectory. The company would rather try to generate its own hits (with the help of outside producers). Amazon would rather rely on its eye and wallet.

Amazon and Netflix may be competing for the same prizes and mind-share, as will be on view at the Oscars in a few weeks. But when it comes to how they get their movies, they are as different as a locker and same-day shipping.