The future of the Ghostbusters franchise — and a gag with a beloved actor. 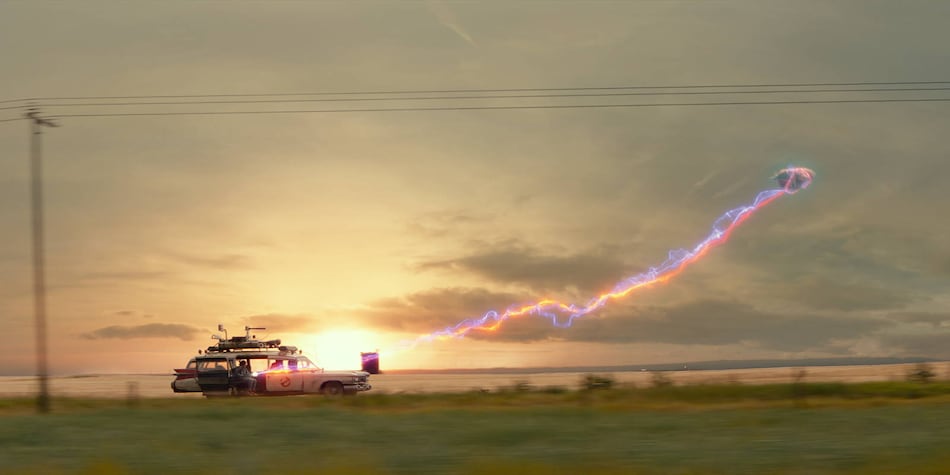 Ghostbusters: Afterlife — out now in cinemas worldwide — serves as a direct sequel to the original Ghostbusters movie from 1984, and its (thankfully) forgotten 1989 sequel Ghostbusters II. It brings back Bill Murray and Co. for a limited time, though for the most part it's about a new generation of ghostbusters. This isn't the first time. We had that all-female-led reboot in 2016 that didn't work with critics or audiences. Ghostbusters: Afterlife completely ignores its characters and story though, shifting focus to the family of an original member in small-town America. That said, it does keep one tradition of the 2016 reboot: post-credits scene. In fact, there are two of them. To be fair, post-credits scenes are a Marvel tradition at this point, so credit where it's due.

Warning: major spoilers ahead for Ghostbusters: Afterlife. Proceed at your own risk.

The new Ghostbusters movie ends where it began, at the Summerville farmhouse that Callie Spengler (Carrie Coon) moved to with her two kids, Trevor (Finn Wolfhard) and Phoebe (Mckenna Grace). With the help of the ghost of Egon Spengler (Harold Ramis), and the original gang — Peter Venkman (Bill Murray), Ray Stantz (Dan Aykroyd), and Winston Zeddemore (Ernie Hudson) — they put a stop to the main villain Gozer (Olivia Wilde).

Following the fight, the original crew share words with Egon's ghost (who never speaks by the way, limited I suppose due to the fact that they used archival footage of Ramis who passed away in 2014). Ray apologises for not believing him, Winston says he will do good by his friend, and Venkman just nods. Egon then turns around to face his estranged daughter Callie who runs up to him and embraces him. Trevor and Phoebe join the emotional goodbye, before Egon's spirit floats away.

As the camera pans up and away, Ghostbusters: Afterlife closes with the words “For Harold”. It then jump cuts to New York City, where we see the Ecto-1 being driven into the city. Winston promised he would take care of it, which explains why the car is being taken back.

The mid-credits scene of the new Ghostbusters movie appears after the names of the main cast members have rolled in big font. The last name is Sigourney Weaver, which is very odd for anyone who's just seen Ghostbusters: Afterlife since the actress is nowhere in the film. Well, not yet anyway. The Ghostbusters: Afterlife mid-credits scene opens with Weaver's face — she played Venkman's love interest Dana Barrett back in the ‘80s.

They are still together it seems, what with a wedding ring on Weaver's finger. The mid-credits scene riffs on the original Ghostbusters movie's ESP machine test — the one that Peter used with students at Columbia University. But this time around, it's Dana who is controlling the machine not Peter. She holds up a card and asks him to guess the shape on the other side. After Peter gets it right, she tries another one. He gets that right too.

Dana wonders if Peter has marked the cards. He lies he hasn't, but then after Dana shocks him with the ESP machine, he admits he did mark the cards. Dana then starts shocking him over and over. To defend himself and get some sympathy, Peter says that he only ever shocked the male students at Columbia, never the women. Dana then shocks him again one more time, before the scene cuts away. As you can tell, the Ghostbusters: Afterlife mid-credits scene is an extended gag really.

Unlike the mid-credits scene, the post-credits scene in the new Ghostbusters movie is all business — as it tries to set up the future of the beleaguered franchise. It begins with a vintage (deleted) scene from the original movie, involving Egon (Ramis) and Janine Melnitz (Annie Potts) who gave him a coin — her lucky coin from the 1964 World's Fair in New York — before he went up the building to save the world. Egon says no, but she insists saying she has another at home.

We then cut to present day with Janine admiring her lucky coin. Did she get it back from Egon afterwards? Or is this the second one? Anyhoo, the Ghostbusters: Afterlife post-credits scene jumps again to a meeting between Janine and Winston (Hudson) at the latter's office. Winston talks about how he has had a successful life — he's a billionaire now — thanks to the time he spent with the Ghostbusters crew. It was there he discovered he had the talent to be better.

Winston then reveals that not only did he pay Egon's bills, he hasn't let their old firehouse headquarters be turned into a coffee shop, as Ray had claimed earlier in Ghostbusters: Afterlife. The Ghostbusters: Afterlife post-credits scene cuts to the abandoned headquarters, where Winston is waiting for the Ecto-1 to roll in, having made the journey back from Summerville to New York City. Winston says that he will aways be a Ghostbuster.

As the car rolls into the Ghostbusters' former HQ, the camera turns to a red box on the wall: the containment unit. A light is blinking red, which is naturally ominous, signalling that it's about to burst. What does that mean? Well, that's a clear and obvious setup for another Ghostbusters sequel — and it seems it will bring the franchise back to home territory. Will it still involve the next generation of Spenglers? That depends on Ghostbusters: Afterlife's box office, I'd imagine.

Ghostbusters: Afterlife is now playing in cinemas in India and around the world. It's available in 2D and IMAX 2D.