In Game of Thrones Season 8 Episode 5, Dany Was Nowhere to Be Seen Yet Felt Everywhere

Spoilers ahead for the penultimate Game of Thrones episode, naturally. 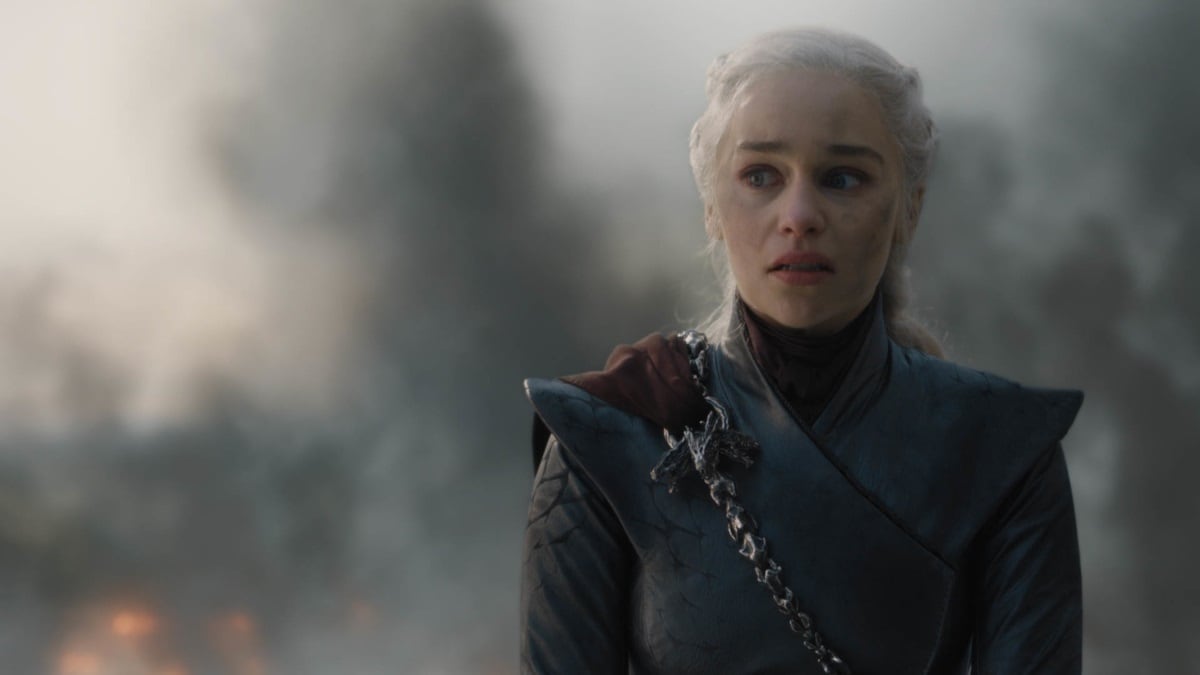 Four rulers ago, when Mad King Aerys' — the father of Daenerys Targaryen — grip on the Iron Throne was coming to an end, he asked Jaime Lannister to bring him his father Tywin's head and then told his pyromancer to set the caches of wildfire he had him placed across King's Landing on fire, shouting: “Burn them all.” Horrified, Jaime did the sensible thing in murdering Aerys, saving thousands of innocent lives even as he earned the nickname of ‘Kingslayer' in the process. Several years later, in Game of Thrones season 8 episode 5 “The Bells”, Dany delivered on her father's desires, for similar reasons: to burn those she thought stood in her way, in clear disregard of what her advisors said.

Dany doesn't seem to care much for advisors at this point though, not after how she perceives them to have failed her over and over. And it doesn't help that some among them are hell bent on committing treason. Game of Thrones season 8 episode 5 opened with Varys putting ink to the big open secret — that Jon Snow is the true heir to the Iron Throne — and possibly sending it to all the lords of Westeros. With the help of Tyrion, Dany confirmed her suspicions that Jon had betrayed her, and she sent out a message in the fieriest of ways: by having Varys burnt alive. Shortly after, she issued a last warning to Tyrion himself, telling him that the next time he fails her would be the last time.

Tyrion didn't wait around to further risk his neck, going straight to his brother Jaime who had been intercepted by Dany's forces, and setting him free in the hopes that he could convince their sister Cersei to surrender and open the gates. (It was an obvious call-back to the moment Jaime freed Tyrion at the end of season 4 in King's Landing, saving the Lannister dwarf from his death sentence.) Dany will likely not take kindly to what is essentially treason, though it might not matter considering she's “won”, and Jaime was crushed by rubble along with Cersei. That former bit is in quotes given the nature of said victory and the cost it has come at.

In Game of Thrones season 8 episode 5, Dany achieved exactly what Tyrion had feared all along: the deaths of thousands of innocent civilians. It's why he had cautioned her against marching towards King's Landing when she first arrived in Westeros, instead pointing her towards the smaller kingdoms. Cut off their supplies and resources, and Cersei would give up. But Tyrion's foolish planning meant those plans repeatedly backfired, as Dany lost her allies — Dornish and Ironborn — and had little to show for it. And then came along Jon, who convinced her to fight the White Walkers first, which too backfired spectacularly as she lost one of her dragons in the hopes of getting Cersei to join the fight.

Her relationship with Jon was further rocked by the revelation of his true parentage, and in Game of Thrones season 8 episode 5, it took on a different dynamic. Jon is nothing if dutiful and he once again reiterated that Dany was his queen, even though he's clearly not okay with kissing his aunt, as we've been shown more than once now. (The fact that she burned Varys, which was meant to be a message to Jon, also does not help.) Dany mused on how Westeros loves Jon but only fears her, and she's done with having tried her best to get them to love her. She saved everyone from the White Walkers, what more do they want?

“Let it be fear,” Dany said to Jon privately, which conveyed that their relationship was likely at its end, though it meant a lot more for the bigger picture and what was to come in Game of Thrones season 8 episode 5. First, the Dragon Queen took Euron Greyjoy's Ironfleet to task, which was made slightly unbelievable by the fact that they so easily dispatched a dragon just last week. The showrunners, David Benioff and D.B. Weiss, wanted the audience to fear the Scorpions — that dragon-killing weapon shaped like a giant crossbow — but they were so helpless against Drogon, displaying several of the limitations many expected to see in episode 4 as well.

With all the Scorpions gone and Drogon making his presence felt, the Lannister army rightly gave up their arms. Cersei tried to be tough and not throw in the towel, but eventually the bells were rung, suggesting she had relented. Unfortunately, Dany didn't care. Or maybe she wasn't convinced that Cersei would surrender like that. Can you blame her considering how she's been duped before? Yet, that couldn't justify what occurred next. In fact, it's impossible to justify it even from a writers' standpoint. King's Landing was already defenceless before Dany went on her dracarys rampage, burning alive innocent civilians. It also became a signal for the Unsullied and the Northernmen to murder their way through, forcing the Lannister soldiers to take up arms again.

Dany's beef was with Cersei, not the people of King's Landing. And when you've an atom bomb-powered aerial vehicle on your side, why not simply fly to the Red Keep and threaten to burn Cersei? What use is it to sack the city in its entirety? Dany wants to be queen but she's not leaving many subjects in the capital to be ruled over. In fact, by the time she was done, Dany hadn't left a capital to be ruled over in all honesty. And owing to Drogon's fiery abilities, the wildfire cachets that had been placed by Aerys across King's Landing started to self-activate, further contributing to the damage caused. Imagine the cost to rebuild the city, let alone have people who would stay in the city of their own volition.

Last week, we suspected that Game of Thrones was readying for Dany's turn into the Mad Queen. And we were proved right. But the building blocks that would justify such a turn, let alone warrant it, were never devised properly by the writers. They were hastily written and thrust into the narrative, leaving behind a couple of episodes that traded in several tropes and used its characters as pieces on a chess board, and not human beings whom audiences had gotten to know over seven years. In doing so, Game of Thrones has burnt the strong legacy it had built for itself to ashes, just like Dany did on Game of Thrones season 8 episode 5.

Game of Thrones season 8, episode 5 is available on Hotstar. On TV, it will air Tuesday 10pm on Star World.