Game of Thrones Season 8 Predictions: Who Will Claim the Iron Throne? [Spoilers]

Cersei’s gamble has paid off. But it doesn’t look good for her because she’s fictional. 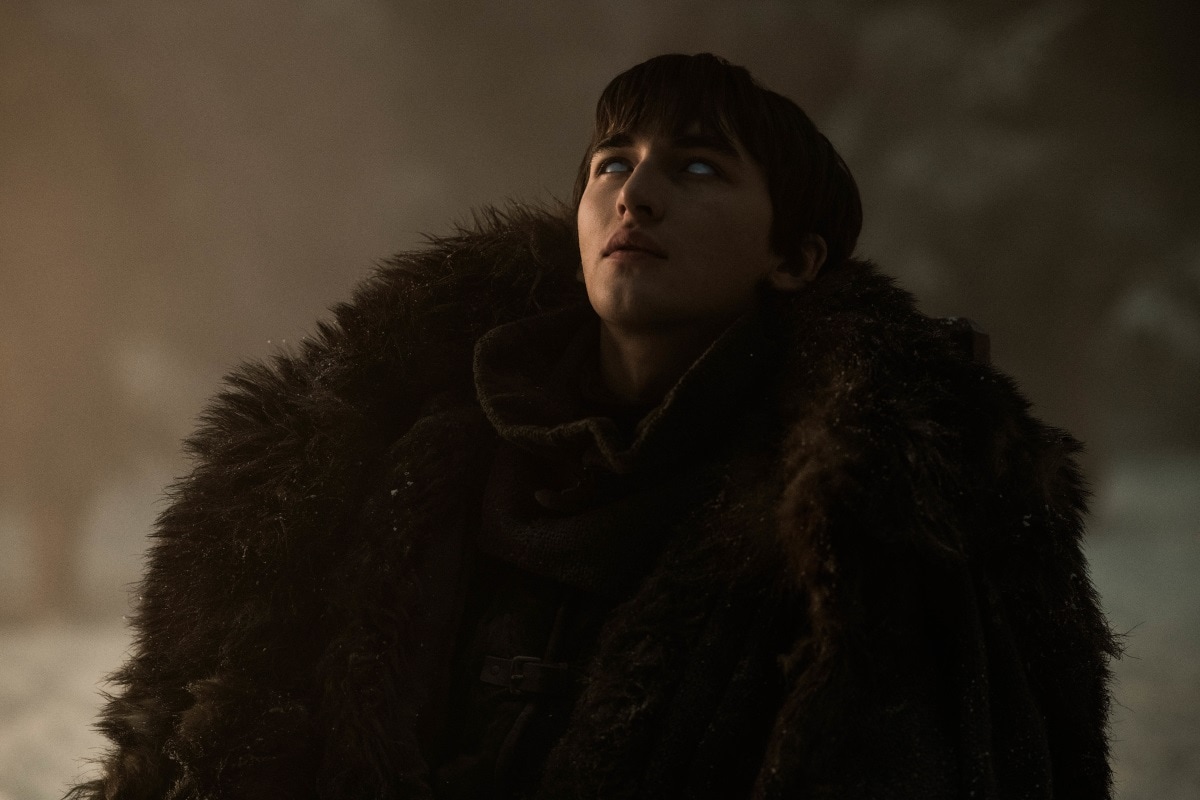 Maybe Bran could save us the trouble and just tell us?

Three episodes of Game of Thrones season 8 have aired so far and we now know enough to make a few predictions on where the story is going and who will win the Iron Throne. Spoilers ahead for Game of Thrones season 8 episode 3, “The Long Night”. “We have won the great war,” Daenerys Targaryen says in the trailer for Game of Thrones season 8 episode 4. “Now, we will win the last war.” That's a big statement of intent from the Dragon Queen, given the considerable loss her forces suffered at the hands of the Army of the Dead in “The Long Night”. The Dothraki are gone, as Game of Thrones creators David Benioff and D.B. Weiss noted in a behind-the-scenes video, and the numbers of the Unsullied have been greatly reduced as well, what with them acting as the frontline defence to help everyone else get back inside the walls of Winterfell. The Stark allies — the Northerners and those from the Vale — have likely fared only slightly better.

Surprisingly enough, there are many more survivors among our main cast. Apart from Dany, Jon Snow, Arya, Bran, Sansa, Tyrion, Jaime, Davos, Missandei, Grey Worm, Sam, Brienne, Varys, The Hound, Tormund, Gendry, Podrick, and Gilly have all made it. Dany's dragon Drogon is alive as well, as are the other dragon Rhaegal and Jon's direwolf Ghost, both of whom were supposedly lost in episode 3 “The Long Night” but then turned up in the trailer for episode 4. The trailer also shows a group of Unsullied, so clearly some of them will be around for the second half of Game of Thrones season 8.

In terms of numbers though, the remaining forces of the Stark-Targaryen alliance are no match for what Queen Cersei Lannister has on her side, which includes “20,000 fresh troops” from the Golden Company, as Jaime told us two weeks ago, in addition to Euron Greyjoy's Ironborn and their massive fleet, plus the Lannister army that remains at King's Landing. She has clearly benefited from sitting out the war with the dead, as she had predicted in season 7. Moreover, Cersei has wildfire on her side, some of which was used by Tyrion at the Battle of Blackwater in season 2 and some more by Cersei herself in destroying the Great Sept of Baelor and wiping out her (internal) enemies at the end of season 6. That may well come in handy when the inevitable “last war” arrives.

Discussions of wildfire and the war bring up two relevant points: a prophecy and storytelling. With Dany & Co. winning the great war, they now have narrative momentum on their side. Game of Thrones has slowly become a show where the good guys win the day, and in combination with the previous fact, that means Cersei must lose the upcoming war. Of course, the Stark-Targaryen alliance doesn't have the numbers, but they do have two dragons on their side. It seems likely then that they will push Cersei to a point where she realises she's about to lose the throne and will decide to blow up King's Landing and everyone in it, in sort of a poetic call-back to how Mad King Aerys thought of doing the same.

Someone would have to stop Cersei of course, since the good guys must triumph. And Jaime, having survived, is the perfect candidate for two separate reasons. For one, it would fulfil the only remaining portion of the prophecy Cersei was told by Maggy in season 5, in that she would be killed by the “valonqar”, which is High Valyrian for little brother. This part of the prophecy wasn't actually a part of that Game of Thrones episode, but it's part of the books, for what it's worth. And for two, Jaime killing the ruler of King's Landing to protect the city from being burnt to a crisp by wildfire has already happened once before. That's why he bears the infamous nickname of the Kingslayer.

Thanks to the directors' info for the three remaining episodes in Game of Thrones season 8, we can make an educated guess as to when we'll see these events play out. David Nutter, the guy behind the first two episodes of season 8, returns next week for episode 4, which means that will explore the aftermath of the battle, as the survivors take stock of the situation, while setting up the threat of Cersei down south, who will presumably get the news that the living have won. And with Miguel Sapochnik, the director of episode 3 “The Long Night”, coming back for episode 5, it's fair to say that will depict the “last war” between Dany and Cersei's forces. And now that The Hound is still alive, the odds on Cleganebowl — him fighting his zombified brother, The Mountain — have never been better.

By following this approach, Game of Thrones will then leave itself with an entire episode, which can then serve as the epilogue to this 72-episode story. There are several questions to answer and conundrums to solve, what with most of the great houses — Highgarden, Riverrun, Storm's End, Dorne, and the Twins — currently sitting empty, literally or figuratively. And then there's the biggest concern, now that Dany knows about Jon's true parentage and what it means for her claim to the Iron Throne. (Also, will they ever discuss the incestuous nature of the relationship?) There's another war to deal with before that and who knows if both will still be standing when we get to the series finale in three weeks' time.