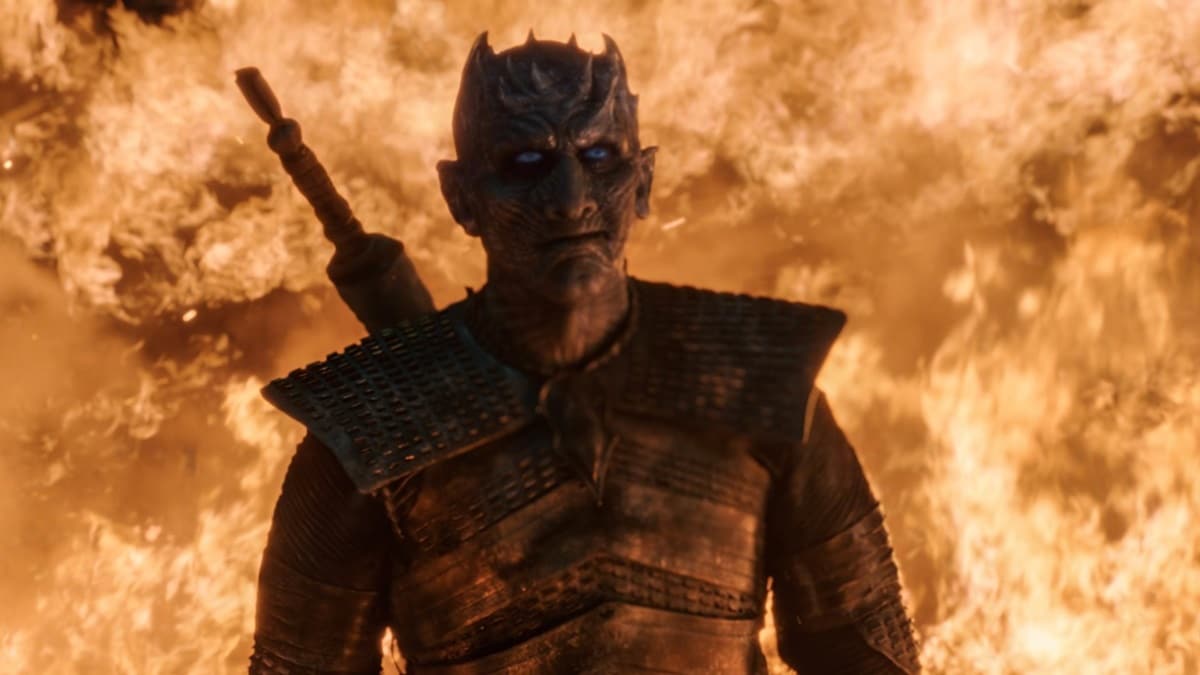 The Night King in Game of Thrones season 8 episode 3

Going into the Great Battle of Winterfell this week, most fans only had one question on their mind: Which of their favourite characters wouldn't make it out alive? Game of Thrones season 8 episode 3 “The Long Night” answered that with a resounding “well, very few”. In an episode that was supposed to be big on deaths, nearly every major player came out alive, which seemed to suggest that Game of Thrones season 8 episode 3 wasn't the true endgame — to borrow a term from another franchise delivering its conclusive chapter — for the show. After all, Cersei Lannister still sits on the Iron Throne, and it's that fight that has a greater meaning. Not just for the title of the series, but also the audience, given we have spent more time with the living. Here's a quick summary of Game of Thrones season 8 episode 3.

Spoilers ahead for Game of Thrones season 8 episode 3 “The Long Night”.

First things first, a list of everyone who died in the newest episode, in chronological order: Eddison Tollett, the former Lord Commander of the Night's Watch; Lyanna Mormont, who takes down a wight giant before dying; the one-eyed Beric Dondarrion, who gives up his life to protect Arya; Theon Greyjoy, who stupidly sacrifices himself by charging straight at the Night King; Jorah Mormont, who dies protecting the woman he loves, Dany; and Melisandre, who removed her amulet and subsequently died at the end.

If you go by Game of Thrones' official main and guest cast lists, three of those — Theon, Jorah, and Melisandre — belong to the former. And given their level of involvement on the show, all three are essentially supporting characters, with one (Melisandre) a fringe presence, whose only appearance in Game of Thrones season 8 was episode 3. She also died of her own volition, likely of old age. (Her amulet kept her looking young, as revealed in season 6, if you forgot.) The other two, Theon and Jorah, were sort of destined to die, given their story arcs had come to an end. Theon redeemed himself by first rescuing his sister Yara and then apologising to Bran, while Jorah was always going to go out protecting Dany.

Given how the White Walker threat had been built up over the years, it seemed only natural that a mammoth clash would result in some major casualties, especially considering the living were lacking the numbers. But even after the events of Game of Thrones season 8 episode 3, everyone who matters is well and alive. Even those who don't matter to the bigger picture — such as Davos, Varys, Tormund, Gendry and Grey Worm — seemingly survived the onslaught. At least none of those characters died on screen, which is usually good enough for any piece of entertainment. The standard rule is: if you don't see blood trickle from a character's mouth, they are not dead.

With such an outcome, Game of Thrones season 8 episode 3 “The Long Night” felt a tad underwhelming. That the Army of the Dead couldn't make a bigger dent, despite having the advantage of numbers, seems slightly unbelievable. More importantly, the White Walkers themselves chose to not participate in the battle at all. But why? We've seen what they bring to the battlefield, having witnessed a few of them in action at Hardhome beyond the Wall in season 5. Their arrival at the end of season 8 episode 2, carrying ice spears in their hands, suggested that they would help keep the dragons away by instilling fear in Dany. But for some inexplicable reason, they chose to sit out the battle until the final moments.

Even when that moment arrived, the White Walkers essentially proved useless. They didn't aid the Night King in any way, who fell to Arya's Valyrian steel blade, having proved earlier that dragonfire didn't affect him. Sure, the Stark girl is trained in ways that the rest of them aren't, but how did she so easily slip past a circle of wights and White Walkers around the Godswood? The only logical explanation would be if Arya was waiting in the tree branches to pounce on the Night King, but then there was no reason for Theon to die. That means she had to somehow walk past the White Walkers without anyone noticing. Does Arya have an invisibility cloak now?

In recent seasons, Game of Thrones' writers — in this case, the creators David Benioff and D.B. Weiss — have shown a taste for making logical jumps. While it has previously been time jumps for the most part, they aren't beyond a slightly-unbelievable scripted cool moment if it helps the scene. Night King's shattering death by Arya's hands was just that. If you don't think too much, the moment works quite well. Arya seems to have nearly failed as the Night King turns around and grabs her by the throat, but she then executes a blade move that was reminiscent of something similar from Star Wars: The Last Jedi. In doing so, she's added a new name to her list and cemented her status as one of Westeros' all-time greats.

Game of Thrones season 8, episode 3 is available on Hotstar. On TV, it will air Tuesday 10pm on Star World.