Game of Thrones, Dunkirk, Splatoon 2, and More – The Weekend Chill 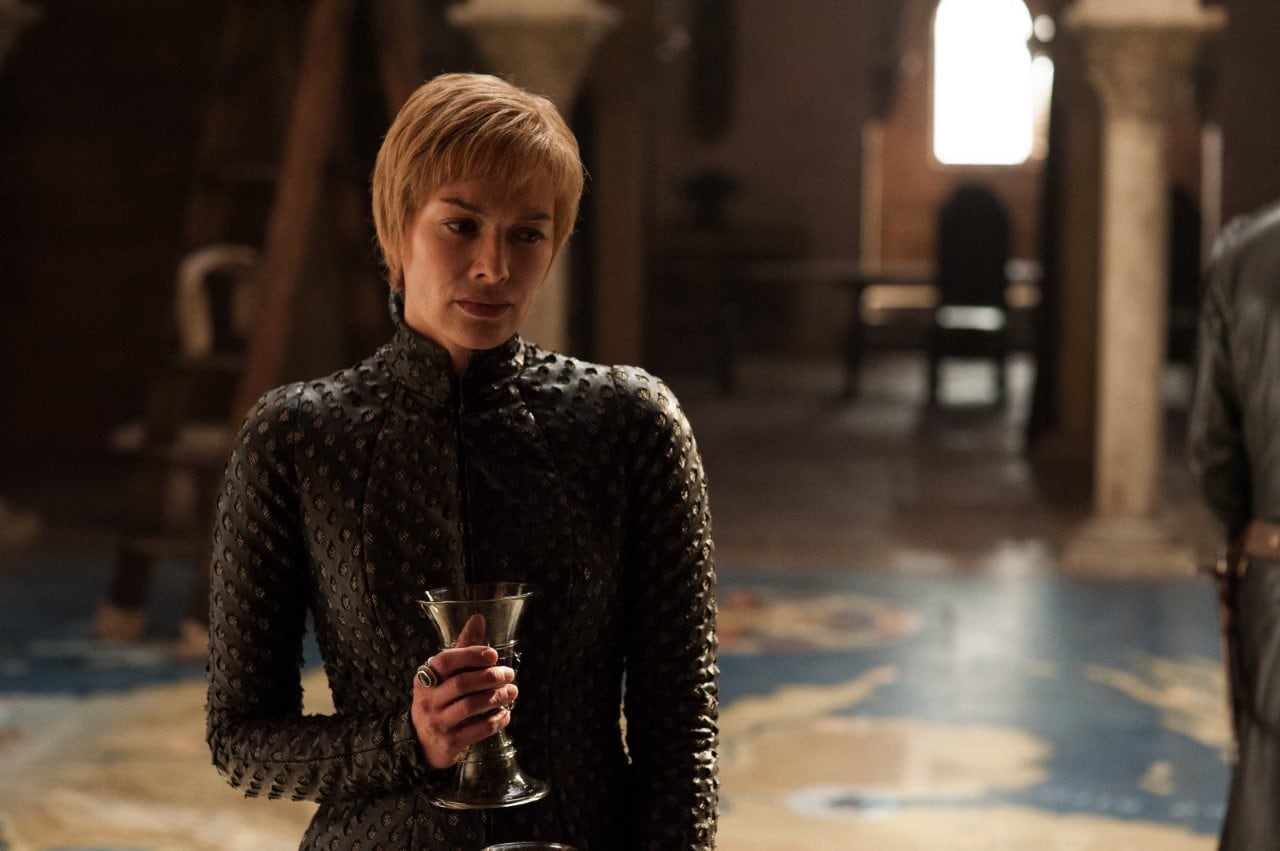 At Disney’s D23 Expo last Friday, we found out that Pixar creative head John Lasseter had stepped away from directing duties on Toy Story 4, due to other commitments. Lasseter oversees three studios, and he said he’s currently managing 24 feature films in total, so staying on as director on the Toy Story sequel wasn’t practical.

The Disney showcase also provided a teaser trailer for Ava DuVernay’s fantasy epic A Wrinkle in Time, an adaptation of Madeline L’Engle’s 1962 novel of the same name. The film stars Chris Pine, Oprah Winfrey, Reese Witherspoon, Mindy Kaling, and Gugu Mbatha-Raw among others. A Wrinkle in Time will release March 9, 2018.

Star Wars was also present at D23 Expo over the weekend, and we got a behind the scenes reel instead of a new trailer. It shows a bunch of new locations, characters, ships and action from this year’s most-awaited film, as well as a further look at Rey (Daisy Ridley) and Luke (Mark Hamill) at the planet we last saw them on. Star Wars: The Last Jedi flies in December 15.

The new Doctor for the long-running British series Doctor Who was revealed on Sunday after the Wimbledon final, with Jodie Whittaker (Broadchurch) becoming the first woman to play the part. BBC provided a teaser for the reveal, and she is expected to make her first appearance in the Christmas special episode later this year.

Monday gave us a new Blade Runner 2049 trailer, including more insight into the mission taken up by Ryan Gosling’s Officer K, and how he ends looking for Harrison Ford’s Rick Deckard. It’s got a lot of action to go with Roger Deakins’ beautiful cinematography, plus more of Robin Wright and Jared Leto. Blade Runner 2049 will hit theatres October 6.

Anthony and Joe Russo are currently busy working on Avengers: Infinity War and its sequel Avengers 4, but they’ve announced a new TV project with Fargo and Legion creator Noah Hawley. It’s called The Mastermind, and it’s based on the true story of Paul Le Roux, a computer programmer and cartel boss who later became an informant for the DEA. There’s no word on production schedule, let alone a release date.

Sony Pictures and Marvel Studios have decided to stick with Jon Watts as director for the Spider-Man: Homecoming sequel, thanks to the critical and commercial success of the first film. The film will pick up minutes after Avengers 4, and examine the fallout of a climactic battle on the life of Peter Parker. The sequel is slated for July 5, 2019.

Now that Game of Thrones is nearing its end, showrunners David Benioff and DB Weiss have already chosen their next project. They’re sticking with HBO for an alternate history drama called Confederate, which is set in a world where slavery was never abolished in the US, and the southern states managed to form a new nation. Production will begin after GoT ends.

Marvel's The Defenders got another trailer on Thursday too, which includes a cameo from Stan Lee and teases an appearance from The Punisher (Jon Bernthal). The crossover featuring Daredevil, Jessica Jones, Luke Cage, and Iron Fist hits Netflix on August 18.

Netflix released a full trailer for its sci-fi fantasy Bright on Thursday as well, which stars Will Smith and Joel Edgerton as cops. Though Smith plays a human, Edgerton's character is an orc. Bright will also have fairies, and the film arrives December 22.

In other Noah Hawley news, the Legion showrunner is developing a Doctor Doom film for Fox, he announced at SDCC on Thursday.

TV:
Game of Thrones
If you missed the fever pitch of excitement that reverberated across certain Internet circles at the start of the week, then you should know that Game of Thrones has returned. Now into its seventh and penultimate season, the HBO fantasy epic is edging towards conclusion with three factions vying for the control of Westeros: House Stark and their allies in the North, House Lannister at King’s Landing, and House Daenerys and its wide-ranging support that just arrived on the continent.

The new season is the first shortened run for the show, with just seven episodes instead of the usual ten. The first episode, titled ‘Dragonstone’, picked up where the last left off, and arranged all the chess pieces on the board for the season to follow. [spoiler alert] Jon is preparing the North to fight the White Walkers, Cersei and Jaime are planning their survival, and Samwell Tarly has found the Holy Grail of dragonglass.

If you’ve already seen the season 7 premiere, you should listen to our podcast discussion on what we expect.

Ozark
Marty Byrde (Jason Bateman) is a Chicago financial advisor who has been quietly laundering money for a drug kingpin. But after his partner is caught cheating the business, Byrde comes up with a new plan to shift his family – his wife Wendy (Laura Linney) and their two kids – to The Lake of the Ozarks in Missouri to help recover $8 million for drug lord Camino Del Rio (Esai Morales).

Created by Bill Dubuque (The Accountant), with Chris Mundy (Criminal Minds) as showrunner, Ozark is the story of how the Byrdes cope with living in a rural setting, while dealing with a local drug dealer, a bunch of hooligans led by a 19-year-old, and a FBI agent. Marty must complete his work to save the lives of his family, while also managing their frustrations at uprooting their old lives.

Early reviews paint a better than average picture, with Bateman’s and Linney’s performances receiving the most praise, though some have criticised the now-stale trope of middle-aged white anti-hero doing terrible things to protect his loved ones.

Movies:
Dunkirk
After directing sci-fi and superhero epics including Interstellar, Inception, and The Dark Knight Trilogy, Christopher Nolan returns with a World War II story about the evacuation of British and Allied troops from the French city of Dunkirk. Trapped on the beach with their backs to the water, the soldiers are put in an impossible situation as Nazi forces close in.

Off a script Nolan wrote himself, and shot using IMAX and 65mm film cameras, Dunkirk unfolds via three non-linear perspectives on land, sea and air. The British Royal Air Force fight in the skies to protect their counterparts below, while hundreds of small boats – both military and civilian – help mount a rescue effort, risking their lives to help save as many as they can.

The film has been praised heavily by most critics, and currently holds a higher Metacritic score, and the same Rotten Tomatoes rating, as The Dark Knight. Go see it on the biggest screen you can find.

How to access: Out in cinema halls
Time commitment: 1 hour and 47 minutes

The Prestige
As Christopher Nolan’s latest film arrives in theatres, one of his earliest works, The Prestige – released between Batman Begins and The Dark Knight – is now easily available to stream. A Victorian-era story about two rivalling magicians from two ends of the society – Hugh Jackman as aristocratic Robert Angier, and Christian Bale as the working-class Alfred Borden – is a complex tale that demands multiple viewings.

Full of twists and turns, The Prestige shows how a deep-seated grudge between the two magicians fuels a life-long obsession with secrets, deceit, and revelations that ends with disastrous results for both. Their rivalry also pushes away the women in their life, all while they figure out how to sabotage or one-up the other’s stage tricks.

Written by brothers Jonathan and Chris, The Prestige may not have quite the high ratings of Nolan’s other works, but it’s still a mind-bending gem on its own.

The Guard
Starring Brendan Gleeson as small-town sergeant Gerry Boyle, and Don Cheadle as humourless FBI agent Wendell Everett, The Guard is a fish-out-of-water tale of murder, blackmail, drug trafficking and rural police. The two policemen are forced to take on an international drug-smuggling ring after an officer disappears.

Boyle is an eccentric cop with a quarrelsome personality and rebellious sense of humour who operates with his own moral code. After his small town becomes the centre to drug business, he must work with the FBI agent – Everett – who’s assigned to the case. Written and directed by John Michael McDonagh, The Guard is a laugh-out-loud comedy that’s powered by Gleeson in the lead.

How to access: Netflix
Time commitment: 1 hour and 36 minutes

Video games:
Splatoon 2
Sequel to the 2015 Wii U original, Splatoon 2 features the return of Inklings and 4v4 ink-splatting action as you battle to colour the walls and shoot your opponents with blobs of paint. The game has new weapons (dual-wielding Splat Dualies), new moves (Dodge Roll), and new ways to play. Turf War now has support for local multiplayer, while the Switch’s capabilities allow for gyro controls.

You can use both the Joy-Con controllers or the Switch Pro Controller to play Splatoon 2. Of course, a lot has been carried over from the original too, including online battles, Splat Roller, and Splat Charger. Alongside new gameplay mechanics and special weapons, Nintendo is also promising to provide new content post-launch.

Early reviews for Splatoon 2 are quite promising, with critics noting that it builds on the original in every possible way, but there are some drawbacks, such as the lack of built-in voice chat (you need a separate app), and the inability to easily view the map.